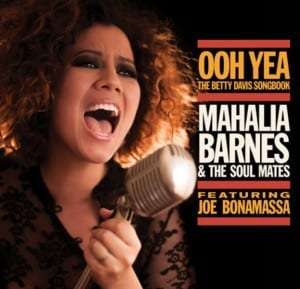 I met up with Mahalia Barnes and Joe Bonamassa after the soundcheck for their Melbourne gig, at the Prince of Wales Bandroom in St Kilda, promoting Mahalia’s new album “Ooh Yeah – The Betty Davis Songbook“.

We discussed with Mahalia that the gigs are “an introduction to the album for people, basically a chance for us to have a bit of fun on stage“. She mentioned that Joe’s very busy and they were feeling very lucky that they’ve managed to get him out to Australia for a few days.

Joe is renowned for his exquisite guitar collection so I was interested in hearing what guitar he’d brought with him for these shows. Turns out it didn’t really matter what it was. It’s just a guitar. A custom made Joe Bonamassa Gibson 335. He explained that “it’s cool because there are not a lot of tuning changes, it’s all standard tuning, and Mahalia’s such a great singer that there’s none of this, lets tune it down a half step. The keys are pretty much fixed.” 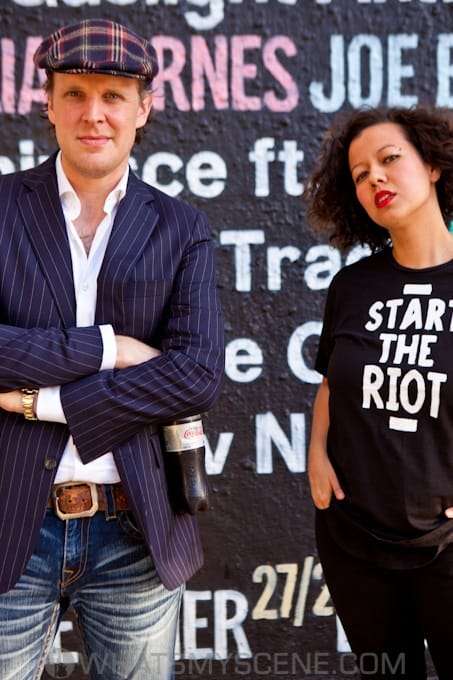 So who is Betty Davis? Joe: “Some of the funkiest, coolest tracks of the 70s came from Betty Davis. You don’t realise until you get into the catalogue and how influential it was on all the artists that came along back in the 80s and 90s.” Mahalia:”we basically kept going back and forth about how great her records were and eventually Kevin (Kevin Shirley, producer) sent me an email and said we think it would be really fun to make an album of these songs, so would you guys be up for that? And he says do you mind if Joe plays on it? And I’m like, are you kidding? (laughs) We were excited, we couldn’t believe it, so it ended up falling into place and it worked really well. We had a lot of fun doing it.”

What’s My Scene covers food as well as music (“two of my favourite things“, says Mahalia), so we wanted to know how they would describe the album if it was a food. “It’s something pretty meaty I reckon.” muses Mahalia. Joe tells me that Mahalia would cook them lunch during the sessions “and by the way she cooked one of the best lunches in NSW“. She agrees “We literally did four songs a day, have a little lunch break in the middle, it was great.” She was about to go on, but at this point we’re interrupted by her dad, Jimmy Barnes, coming along to say hi. He’s happy to stay and chat, but Mahalia admonishes him with “we’ve been telling everyone else off for interrupting…” and we decide to call it a day.

One last word about Betty Davis from Joe – “You know the cool thing about the album is it’s up tempo, I think there’s only 2 down songs. It’s hard to write, it’s a testament to Betty Davis’s songwriting and the cats that put it together, it’s hard to write up tempo songs.”

The album is due for release on February 24th. You can pre-order it here: http://jbonamassa.com/artist/mahalia-barnes/ooh-yea-album/

Check out the photos from the Prince of Wales gig.

Rolling Stone are thrilled to bring the fourth annual Rolling Stone Live Lodge to Melbourne for a second time in 2016, taking over The Workers Club in Fitzroy for three entertainment-packed weeks from September 21 – […]

Tegan Voltaire, The Voltaire Twins
Tunes, mates, and honesty. No dickhead policy!
Buddha In A Chocolate Box
That’s a hard one, although I do love anything electronic with an indie-pop feel!
Franki
My family, my friends, my home.
Cory Putman, Norma Jean
Aside from music and everything creative, I love open-mind people, unexpected humour, seeing the world and nature, riding my bicycle, playing billiards. I’m also a fan of coffee, whiskey and most things vintage.
Jessica Stuart Few
Our scene is this big gorgeous wide world we live in all its majestic splendour!
Kim Salmon, The Darling Downs
Melbourne. Nowhere else is as great as Melbourne.
Brat Farrar
My scene is Brunswick. I love it. It provides me with just about everything I need.
About Charlie Marshall