Tell us about your new single/ album/ tour?
The new EP ‘flux’ is a pretty luscious step forward from my previous work. I got to collaborate with Mark Myers from The Middle East on the production, so there’s some great interplay between some dark lyrics and spooky soundscapes. It’s definitely a lot rockier than the previous EP and draws from quite a number of genres. Couldn’t be more excited for you to hear it all.

How would you describe your sound in food form and why?
I can’t really think of a food but I would describe it as drinking Fireball Whiskey. It’s pretty lush and warm but after a while you start to feel pretty light headed and emotional. Well that’s how I react to it anyway…

Which song resonates most strongly and why?
‘Stranded’ off the new EP definitely resonates with me the most, I think it was the first time I had been that honest with myself about a pretty heavy topic so it will always have that meaning with me.

Any on the road anecdotes?
Maybe a little too many, I’ve got a pretty charismatic band. We played the Apollo Bay Music Festival last year and rolled in a night early, so we pitched our swags on what seemed to be a nice patch of grass. When we woke up to people with swinging golf clubs and dragging golf carts around us we realised we were actually on the green pissing far too many people off. That was great.

Where do you draw inspiration from?
I’m pretty visual, so I draw lots of inspirations from places, landscapes and moments in time. Something visually stimulating always seems to be the catalyst for self-reflection or expression.

What’s next for you?
Lots more shows on the road for 2015 amongst other festivals and the EP release. I can’t wait to shoot film clips for my next few singles too. 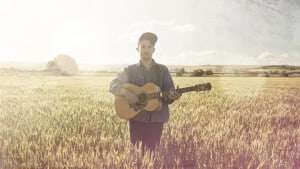 Timberwolf is the modern folk project and performing alias of Chris Panousakis, a blues/rock inspired 22 year-old singer/songwriter from Adelaide. Putting his physiotherapy career on the backburner, Chris has taken the next few years off to focus purely on music. With strong roots in 60s/70s blues and rock, his take on modern folk music emulates soulful but cryptic songwriting, complemented by a melodic blend of guitars and vocals.

See Timberwolf at the Ballarat Beer Festival. With thousands expected to descend upon Ballarat township on Saturday 24th January 2015, music lovers and beer enthusiasts are encouraged to book early for the event. Tickets (and drink tokens) available now via Ticketek www.ticketek.com.au or 132 849, or Ticketek outlets now.

Tim Kearney, brewer/owner of Ballarat Golden Ale and one of the Festival Directors of the Ballarat Beer Festival, had this suggestion for mixing spirits and beer: As craft beer lovers, we strongly advise against mixing […]

Tell us about your latest stand up show? ​My stand-up show will leave you feeling like you just had the best conversation with your close friend where you didn’t have to talk at all; you […]

Q&A Scene: Way of the Eagle

Q&A Tell us about your new single/ album/ tour? The first Way Of The Eagle record is coming out soon. Its a real mix of party beats and more introspective songs. How would you describe […]

Tegan Voltaire, The Voltaire Twins
All the kids who weren’t cool at school and still aren’t. Those people who didn’t manage to become awesome artists and uber hip performers. The raggy dolls who never found a way to make their raggy doll-ness work for them.
Jonathon Duffy
All the wandering. The bastards and the angels. The sound of the rain and the pains of the heart. The silence. All the houses and all the rooms. All the keys and phones.
Raised By Eagles
What’s my scene? well…
And another thing I’ve been wondering lately
Oh, baby,
Tell me where have you been?
Now the stage is set
Where’s my Juliet, baby?
Is it maybe
My Midsummer Night’s Dream?
What’s my scene?
Clowns
Anywhere there is good company, great conversation, and a glass of red.
Helen Perris
My family, my friends, my home.
Cory Putman, Norma Jean
When I’m not working in the studio or doing shows I’m at home with my partner and our baby so I guess they are my scene.
Way of the Eagle
My scene is at the moment Big Wongs General Tsos Chicken as I get sauce on the keys typing to you :-)
Brian Mackey
My scene is a Punk-hardcore scene or an underground, minimal electronic scene, something grungy – where everyone is wearing black. That’s my vibe; don’t go out until 11 when all the other vampires come out and go home when the sun comes up at 7. Oh shit. Creatures of the night.
Greg Puciato, Killer Be Killed & Dillinger Escape Plan
Right now it’s a room with no lights on. An unmade bed. A laptop with 9% battery and a mosquito that just refuses to die.
Dave Larkin, Dallas Crane
The beach. Tea with gin at your grandparents house. They have the best stories.
Betty & Oswald
Act III, Scene VI of King Lear. A tense and gripping scene wherein the ageing king informs his three daughters that they have all been accepted as contestants on Family Feud.
Ben Pobjie, comedian
Aside from music and everything creative, I love open-mind people, unexpected humour, seeing the world and nature, riding my bicycle, playing billiards. I’m also a fan of coffee, whiskey and most things vintage.
Jessica Stuart Few
Currently, I’m completely enveloped by writing my book; trying to complete the manuscript for my tome.
Jeff Duff
We can be dirty, we can be imperfect, we can be classy, it doesn’t matter. We drift between scenes and eventually may just create our own.
The Ugly Kings
Well I’m still looking for my scene, and I think I might have found it. Between the pages of What’s My Scene Magazine.
Dave Faulkner, Hoodoo Gurus
Country roots, old time, bluegrass, folk, Americana scene Traditional plus :)
Whitetop Mountaineers
Our scene is in the city of Bath, a small city with a very big musical identity, we play the British festivals and I am also in the ’choirs scene’. We are also in other bands for fun, music all the way, roll on summer!
Su Hart, Baka Beyond
It’s a delirium, really, but I like to live like this.
Hugo Race