Tell us about your new single/ album/ tour?
Free Shit is the fourth single from my album Armwrestling Atlas, set for release in the latter half of this year. I like to think of my music engaging in conversation as opposed to preaching how things are. This song in particular is about the lengths a brand will go to, in order to secure trust in a consumer from the youngest age possible. I had a little play around with the idea that this imprint becomes somewhat like an imaginary friend as your life evolves.
I’m off on tour as part of a really interesting, mixed lineup with The Funkoars for their Below Average Tour, plus a few side shows in Perth & Sydney including one organised by Big Village which i’m very excited about.

How would you describe your sound in food form and why?
I would probably say it’s some form of meat pie with a pepper-berry & quandong sauce.. because ultimately one is an “iconic Australian food” which in reality is actually adopted from British heritage and the things in the sauce would be what we were eating if we pursued a respectful union with the first peoples of our nation instead of chasing them out of their homes and setting fire to their cultural heritage.

Which song resonates most strongly and why?
The song which has resonated with the most people is likely “Nourishment”. Funnily enough it’s specifically about the answer of that last question. I had people from all over Australia, from all different backgrounds, get in contact when they heard that song. It was a remarkably humbling experience. There are a lot of people in this country who care deeply about the mistreatment of Aboriginal people and the void in our cultural identity because of it. ‘Nourishment’ talked specifically about the food we eat.

Any on the road anecdotes?
Last night in Coolangatta i had a super-charged dude walk up to me after my set, grab my hand hard and yell into my ear, “mate.. if I could rap like you i’d be a FUCKIN LEGEND”. The most passive aggressive compliment ever! haha

Where do you draw inspiration from?
I would be lying if i tried to deny the fact that i usually use writing as a release from something that’s bothering me. Most of my songs are a little personal analysis of some particular thing that bugs me, i find the best way to articulate that anger or frustration is into music because ultimately you might have some minor positive effect. I’m often inspired by my country, awkward and impractical areas of world politics, food and our evolution. 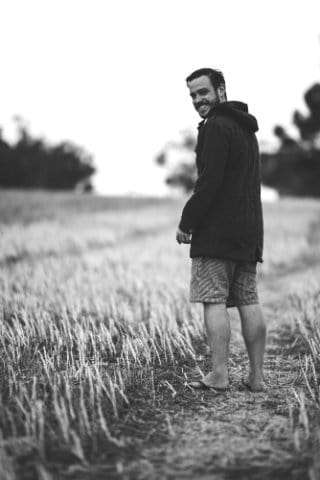 What’s next for you?
Smash through this tour, put the album out.. hopefully in August, tour the album.. hopefully in October. Be done with this bastard of an album that has taken me 5 years to finish.. and start working on some new stuff that i’m not sick to death of.

What’s your scene?
Any scene with Al Swearangen & Mr. Wu from the show Deadwood ;)

Perth rapper Mathas is the kind of modern, multi-faceted artist that can’t be pinned down by the rigid genre boundaries of hip hop. A ferociously talented songwriter, producer, poet and performer, the genre-bender’s accolades include being the first ever rap or electronic artist to win the WA Music Industry’s coveted Song of the Year award, being named in Triple J presenter Dom Alessio’s Top 10 tracks of 2013 and winning the 2012, 2013 and 2014 WAM Award for Urban Act of the Year.

The son of a painter, Mathas (or Tom Mathieson as h is grandma calls him) is the kind of artist that is constantly observing, lifting the worlds’ trapdoors and pointing out the cogs and inner working of our culture. He’s also interested in developing culture and for the past 10 years has been a driving force in pioneering and progressive WA music collective The Community. This twenty-plus strong collective of local musicians has released more than 40 recordings as well as producing multiple events, festivals, weekly and monthly residencies and its own radio shows.

Tell us about your new single and tour? I wrote my new song “Bravo Troll” banging away on this old wooden organ I’ve had in the shed for a number of years. After producing almost […]