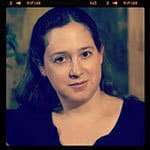 Mandy is a music photographer & writer. She runs Mandy Hall Media, which includes Social Media marketing, PR & Graphic Design for the music industry. She is also a web developer – she created and supports this website. 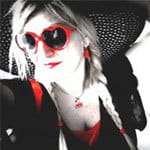 Mary is a photographer and a writer, specialising in music. She runs Rocklust.com where she endeavours to capture the passion of music in her photos whether it’s live music photography, promotional band photos or portraits.

Her work has been published in Beat magazine, Rolling Stone magazine, Triple J magazine, The Age Newspaper, The Herald Sun, The Australian, Neos Kosmos, blistering.com, theaureview.com, noise11.com, music-news.com. She has a permanent photographic exhibition at The Corner Hotel in Richmond, Victoria Australia.

She does not do weddings.

Here are some quotes about Mary’s work:

“Great pics. Real. Emotion grabbing photos that yank you and crank you right to the spot. The scene of the crime. Are you really there? It sure feels like it.” ~Steve Poltz, singer-songwriter.

“Mary doesn’t take pictures, she ‘plays’ the Camera. It’s as if she’s playing the drums, snapping away in rhythm with her subject. Total rapport” ~Danny Farrant, drummer, The Buzzcocks.

Paul Miles is a rock photographer specializing in live music photography, who captures the true spirit of rock’n’roll in action by many of the world’s greatest performers. Over the years, he has shot a vast array of rock music photography: from gigs in world-famous clubs like the Apollo in Harlem and the Whisky a Go Go in Hollywood, to iconic arenas like New York City’s Madison Square Garden and Australia’s MCG, as well as in retail stores Barnes & Noble, Apple, and John Varvatos CBGBs. He has covered rock shows from Brooklyn to Bangalore to Las Vegas to Tokyo to Hollywood, including street concerts in Melbourne’s AC/DC Lane and Manhattan’s Times Square. Paul’s photos have been published in online media like Time Out Beijing and in print magazines like Germany’s Rock Hard, and he has released a book of backstage rock photography in New York City called Before I Hit The Stage (Outskirts Press, 2015). His previous book Sex Tips From Rock Stars was released globally by the world’s biggest publisher of music books (Omnibus Press, 2010), as well as foreign language editions. 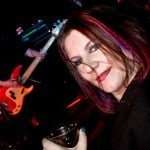 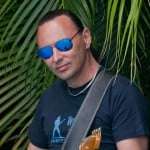 Martin is an Australian guitarist and vintage guitar collector. Apart from his solo work he is a member of The Atlantics, Dave Warner’s From the Suburbs and is currently guitarist in Mental As Anything. 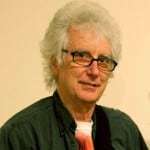 Ben has played guitar for a long time, and has accumulated an odd assortment of guitars over the years. He plays around Melbourne with Instrumental Asylum – a surf/spy/guitar-noir group, and also with his gypsy-jazz combo The Ben Rogers Trio.

Rob Snarski has just released his album “Low Fidelity (Songs by Request Volume 1)” and is currently touring the country with uber-guitarist Shane O’Mara.  Check out the tour dates at Rob’s website.

Kate works in local government as an occupational therapist but her heart is in the kitchen.  When she’s not looking through cookbooks Kate  gardens, reads, sees films, listens to music and catches up with mates. She loves cooking mainly because it gives her an excuse to eat.

Jane Rocca is a music journalist who celebrates 20 years in print journalism this year. She writes for The Age, Sydney Sun Herald, Sunday Life magazine, West Australian and Shortlist in The Age. Her work has been published in Rolling Stone, GQ, Australian Style, Cream, The Face UK and WWD New York. She is also the contributing fashion and lifestyle writer for The Weekly Review and spends way too many hours buying shoes, collecting vinyl and drinking cocktails.

She has published three cocktail books via Hardie Grant since 2003.

Anna is a founding member of What’s My Scene and made a contribution to the site by coming up with the name we liked best during our initial brainstorming session.

Tegan Voltaire, The Voltaire Twins
It’s Thonbury. It’s my dreaming. I’ve lived here 30 years and it’s evolved with me. The more I drink wine, the more wine bars appear in the neighbourhood. The more I eat, the more cafes appear in the neighbourhood. Fantastic.
Denise Scott, Comedian
Melbourne. Nowhere else is as great as Melbourne.
Brat Farrar
My scene is a Punk-hardcore scene or an underground, minimal electronic scene, something grungy – where everyone is wearing black. That’s my vibe; don’t go out until 11 when all the other vampires come out and go home when the sun comes up at 7. Oh shit. Creatures of the night.
Greg Puciato, Killer Be Killed & Dillinger Escape Plan
Local bands at sticky carpet venues. Vinyl. Social networking. Keeping healthy in order to play full throttle live sets. Loud rehearsals. Good people with creative ideas. PRIMITIVE ROCK.
Jon S Williams of City of Cool
I’m in with the Out-Crowd
Dave Warner
Going to the river on sunny afternoons with the blow up dingys and resting your beers on lily pads.
The Frowning Clouds
We can be dirty, we can be imperfect, we can be classy, it doesn’t matter. We drift between scenes and eventually may just create our own.
The Ugly Kings
Tunes, mates, and honesty. No dickhead policy!
Buddha In A Chocolate Box
I like to be out in the nature, to get away. Go to the woods. My dad lives in the woods. Maybe once or twice a year I don’t have phone reception there is no Wi-Fi
Fredrik Åkesson, Opeth
I like to think that I belong to the head-strong Independent Music Scene – where we – musos and audience and everyone in between – all make gigs/tours, recordings, releases happen for ourselves and work our arses off to keep it going for the rest of our lives – all for the love of Music!
Florelie Escano
Any scene with Al Swearangen & Mr. Wu from the show Deadwood ;)
Mathas
The TV show “Full House
World Wild
Quirky cabaret bars that serve a mean G&T and boast a stellar cocktail list..which is why you’ll always find me returning to The Butterfly Club! I also love the buzz of a Fringe or Cabaret Festival, or a smart Opening Night. Any excuse for a dress up, really!
Amelia Ryan, Lady Liberty
Obviously to create music. My family. I love driving my Ferraris.
Yngwie Malmsteen
Our scene is this big gorgeous wide world we live in all its majestic splendour!
Kim Salmon, The Darling Downs
My scene is finding any excuse to dance with my 2 year old daughter Ruby.
Matthew Hardy, Comedian
Aside from music and everything creative, I love open-mind people, unexpected humour, seeing the world and nature, riding my bicycle, playing billiards. I’m also a fan of coffee, whiskey and most things vintage.
Jessica Stuart Few