I’m lucky that my life is a mixture of things I love.     As it’s always been, I’m still loving producing other artists and that’s what keeps me busy for the most part.    I’m about to record my 18th CD in Positano, Italy (where I wrote the pieces last year).   FLOW is an utterly new thing for me… real collaboration where we’re really all the producers.    Hearing my own pieces transformed in ways that I wouldn’t have imagined was just a tad threatening.    Ultimately,though, that’s what it took from all of us to make a sound that none of us could’ve done on our own.

1986… Windham Hill Summer’s Solstice Tour with Michael Hedges and Shadowfax.   Playing at Red Rocks in the Denver area…insane place surrounded by 2000 ft. high red rock cliffs outside of Denver.    It was a full moon night and I asked the audience if they wanted the light off.    Some guy left the sound booth and joined me on stage after walking down hundreds of steps to get there.    We talked a bit and he turned quietly and walked back up the stairs…I didn’t say a word and audience was kind of murmuring about what was going on.    I hit the first chord on my piece Hawk Circle and the lights went off and the place went nuts !!!

A great Italian pasta…..3 simple fresh ingredients which, fresh and perfectly balanced, will be revelatory.

How long a list do you want ?    Beyond something Satie wrote ?   There’s no one answer to this.     I heard REM doing Losing My Religion yesterday and that would be way up the list.    I had always wanted to be an author and still believe I will be writing the history of  my Windham Hill Records label.

Writing that book.  Staying healthy as I approach the impossibility that I’m nearly 70.   I’ve been with the same doctor for 34 years and he said my last physical was the best of those 34 years.    Apparently I’m not going to die tragically young.   Travel a lot…visit the places I love and be sure that I add something new every year.    Help my wife with her loves on our farm.     I had no idea that the idea of loving someone more every year was more than a myth to sell Valentines Day cards.    It’s real I’m happy to report.

The incredible subtlety of one note and the grand joy of serious tractors and sharp chainsaws.

Will Ackerman who was the Founder of Windham Hill Records which remains still as one of the biggest and most significant boutique labels in the history of music – is in the group.  Despite 35 years of Grammys and gold and platinum records – he has NEVER been in a band before.

Flow with their self-titled album Flow

The Essence of Today’s World and New Age Music 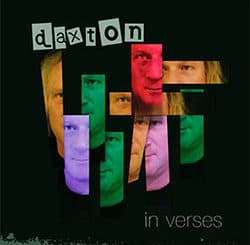