Tell us about your ‘Too Much’ single?

From day one its been something special for us all, and it only got better as we progressed with it. ‘Too Much’ is definitely one of our best works, in my opinion. I feel like we have really refined the sound we are going for, and the track really expresses the melodic alt-rock energy we have come to love.

What’s your favourite work at this point in time?
‘Too Much’ is definitely a solid contender for my favourite work at the moment, the mellow guitar riff developing all the way into an explosive final chorus full of energy, really makes it an awesome song to play. However it’s closely followed by the yet to be released ‘Wherever You Go’ we recorded in the same session, which cuts to the chase with a punchy verse and a melody that is really hard to get out of your head. I’m equally as excited for that release.

Tell us a quick, on the road or studio, anecdote.
Before we hit the studio to record ‘Too Much’ and a few other tracks, Will, Dan and I were determined to find the biggest lava lamp we could and put it in the room while we recorded. It was simply something to add more “vibes” to the whole process, but it ended up being a lot harder to find one than we had thought. Eventually, after searching almost every store in the area, we stumbled upon one in a random shop, and we hurried back to the studio for an almost ceremonial ‘lighting of the lamp’. A lot of effort went into finding that thing, but there is no doubt those vibes resonated into the final tracks, and it wouldn’t have been the same without it.

What, or who, inspires you?
Honestly right now, Lachy West is a bit of an inspiration for me. Not only has he done amazing work producing, mixing and mastering all of our tracks to a crazy level of quality, but he’s also just a genuinely awesome and chilled out bloke who’s achieving amazing things musically purely because of his love for the art. If I could achieve half as much him, and play with bands and artists similar to what he has, I would have absolutely no complaints.

Which song do you wish you wrote?
‘I Only Lie When I Love You’ by Royal Blood, for sure. That second verse has some killer lyrics, but id be lying if I didn’t say I love the drums the most. The simplicity of the fills is what hooks me in, and they’re executed so well and with such intent that it just brings the track up another level. Definitely my go to pump-up track.

What’s next for you?
Well we have a few tracks recorded and we are in the process of sorting out a plan for what to do with each song. I think the short term goal for us is to get a few gigs under our belt and really give ‘Too Much’ the launch it deserves. As for future releases, I think we will just judge it as we go, and in the meantime just practice and continue to improve on our live show.

What’s your scene?
Probably a very obvious answer, but music is definitely my scene. Doesn’t necessarily mean live shows all the time, even just chilling out with a few good mates and listening to all sorts of music is where the best times come from. Anything with music somewhat related to it will always be where I feel most comfortable.

Inklines are a three-piece rock band from Sydney’s Northern Beaches, forming in 2017. Drawing influence from a variety of bands including Silverchair, Radiohead and The Strokes. In the space of two years, audiences and fans alike have flocked in droves to see and hear the group’s unique take on 90’s alt-rock.

Since their incarnation, Inklines have released two EP’s, both with Lachlan West (The Vines) at the reigns – with a third EP on the way. In 2018 the band toured Australia coast to coast, performing in Sydney, Melbourne, Adelaide, Perth and Byron Bay – this run of shows, along with the release of their second single ‘Elusion’, also saw them supporting British India in May, and again during the NSW leg of their December tour.

October 2019 sees the release of Inklines first single from their latest sessions in the studio, ‘Too Much’. The song explores themes of loss and separation, conveyed through melancholic lyricism and impactful dynamic movements.

Produced, mixed and mastered by Lachlan West, ‘Too Much’ is available now! 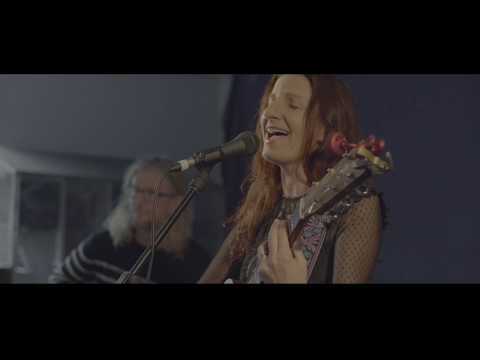 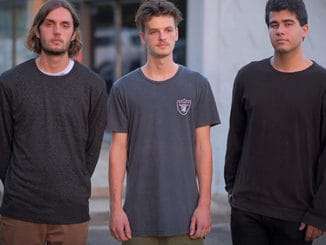