ASH are visiting our shores again this March. Here’s a Throwback Thursday to 2004 with an interview by Mary Boukouvalas with singer/songwriter/guitarist Tim Wheeler.

Ash’s latest release Meltdown begins with the thundering and explosive vocals of Tim Wheeler singing: Revolution, we’re the solution … and Ash are exactly that. Hailing from Belfast, Tim Wheeler, Mark Hamilton, Rick McMurray and Charlotte Hatherley have taken their music worldwide. 2004 marks ten years in their recorded life.   Speaking to frontman Tim Wheeler, it is obvious that his passion is not only for music, but also for life, truth and world peace.

With Thin Lizzy as an early influence, Wheeler reminded me of a young William in the film, Almost Famous as he talked about his turning point when growing up. “When I was probably 8 or 9, my big brother was leaving home, he left me his cassette player and the cassette of Thin Lizzy’s Live and Dangerous and I totally wore that tape out … got me into rock music, great rock music with good songs … I’ve always loved music from an early age but he definitely steered me towards the rock n roll angle.”

Ash’s music incorporates rock n roll, punk, pop, and with this latest release, extreme heaviness. Wheeler says: “We started off when we were so young, couldn’t help maturing … we got signed when we were 17 and put out our first record so it’s been like quite a long road since then.” In regards to Meltdown, Wheeler says: “I suppose it’s heavier on this record and we’re the most accomplished musically; we’re really playing the best we’ve ever played. Spending so much time in the States, soaking up so much rock music, working with American producers as well –they really helped bring that out in the record –and then probably also world events … it’s a heavier time, a lot of mad things are going on –that definitely influenced the record as well.

“What gets to me on world politics nowadays is it seems a bit fucked. What foreign policy? Don’t know what Britain is doin’ getting into bed with the States … Am really opposed to the war and couldn’t believe it: against the United Nations, without United Nations backing, there were no weapons of mass destruction. It seems so hypocritical with all the abuse in jails and stuff … they better fucken sort out Iraq … but I’m glad all that stuff got out … hopefully Bush’ll be on the way out.”

Wheeler’s influences have always been pre-dominantly American and, as luck would have it, many of these influences and much-loved bands are now either hanging out with the group or are on Ash’s touring schedule.

Recently, Wheeler has been hanging out with Dave Grohl. He says: “I got Dave Grohl’s autograph when I was 15, at a Nirvana gig. I got Kurt’s and Courtney was there, so I got hers as well. Yeah, so it’s kind of a trip to now be going to (Dave’s) house parties … but you know life is weird sometimes.”

Currently, Wheeler is listening to The Pixies, has toured with The Pixies and will be touring with The Pixies again. “Yeah we played with them in Paris last weekend and we’re playing in Berlin with them next week … it’s just amazing … they really switch their setlist around all the time so we’re getting to see quite different, classic songs every night.“

Presently, I am conscious that Wheeler has to leave to catch a plane to Rome, as I ask him how his life compares to his favourite book, Jack Kerouac’s On The Road. “I wish it was that exciting. Cause being on tour is good but the whole thing about On The Road, the book, is that there’s no rules … you can go wherever you like, you can say you wanna drive to San Francisco or something but when you’re on tour you’ve got to be in certain places at certain times, you gotta do shows, you’re kinda restricted in that way, it’s not quite the same.   And it’s not like the 1950s in America or 1940s even when you could do acid (laughs) before it was illegal and all that kind of thing.”

With Ash’s road trip stories, Wheeler says: “Worse thing was a bus crash once … in 2002, leaving San Francisco heading to Seattle to do a show with Moby and David Bowie … it was a great tour. It was about six in the morning and the bus crashed. Everything just went flying. Worst thing that happened was that Rick hurt a few ribs when something landed on him. It’s just the one thing that you go to sleep on the tour bus and think this could not happen, well it’s happened to us once and hopefully it’ll never happen again, and luckily no one was really badly injured.”

As for on stage stories, Wheeler has a couple of funny anecdotes. Wheeler tells of a recent concert in Londonderry where Radio One DJ Colin Murray ran on stage and kissed him. “Yeah (laughs)… it was pretty odd … he just ran on stage and stuck his tongue down my throat, in front of 10,000 people … I wasn’t so much worried about the 10,000 people it was more that my parents were standing on the side of the stage … there was nothing you could do … they were probably going: Son, is there something you want to tell us?”

“(And) we once had taken some mushrooms in Japan, before a gig and things went terrible odd, things went disastrous, ‘cause it was just myself and Rick that were trippin’, and we started seeing goblins on stage and we were playing Jack Names The Planets, which we’d probably been playing for 10 years and somewhere in the first verse I completely lost it. The head of the record company in Japan had come down to check us out so we had to try to pull ourselves together and meet him after the gig … it was hard when you’re crawling on the ground … they did (sign us) -lucky they didn’t drop us.”

Wheeler may have a few more road and stage stories to tell after this trip to Melbourne. He’ll reacquaint himself with: “The great bars, nightlife, climate … VB is from Melbourne as well. Victoria Bitters – yeah, I know my beers actually.

“I can’t wait. It’s been like too long since we’ve been there. Yeah and recently we’re playing the best we’ve ever played, and we’ve just got a great setlist now, y’know, and when we mix the new stuff with the old stuff, the place just goes off. I’ve got a good feeling.”

We have a good feeling too.

TICKETS ON SALE now via: http://www.metropolistouring.com/ 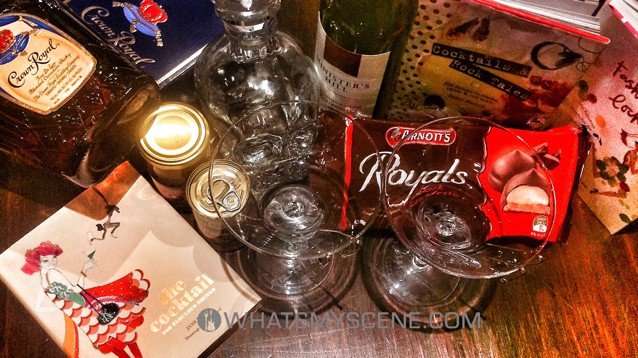