Tell us about your Release ‘The Heel Turn’ ?

I’ve been saying it gives masculinity the Marie Kondo treatment, which I think is true, but it’s only true in retrospect. I didn’t set out with a manifesto. It was only when I sat down at the end to try and make sense of the album that I realized that more than half of the songs were in some way or other about problems with the way that men are raised to act and to view the world.

Musically, most of it’s on a continuum between a britpoppy take on disco (the kind of thing Blur or Franz Ferdinand might have done) and fragile, croaky hangover music, a la Lambchop or Bill Callahan. Plus there’s probably the odd bit of Grinderman-era Nick Cave mixed in. If you’re writing an album about the problems with masculinity, that’s a long shadow to escape.

The thing I’m enjoying most is the video for our song ‘Waiting for a Spark’. I found this guy in Croatia who had exactly the animation style I wanted and we worked together on it. I wrote the script; he animated it.

Once my band practice was crashed by a funeral. I used to rehearse in this derelict nightclub in Auckland, rented to my band by this extremely odd guy who I’m not certain had any right to be there. A member of the local homeless community died from an overdose, and this bloke offered them the space to have the funeral. He just forgot we’d already booked. Everyone was extremely chill about it. They let us keep rehearsing except for ten minutes in the middle we took a break so someone could say a few words. At the time we were working on a cover of ‘It’s Not Unusual’, and a couple of the guests came up and said the deceased would have appreciated how deeply weird it all was.

Our songs tend to be pretty narrative-based – we try for a beginning, a middle and an end, even if we don’t always get there. So I tend to be inspired by (aka rip off) filmmakers and writers as much as musicians. I like Wes Anderson for the understated way his characters’ suppressed emotions erupt – I think there’s something really true about that. I like Miranda July for her commitment to an idea – the way she’ll jump on something and let it go where it wants to go, rather than trying to force it into an established narrative structure.

I tried to think of a hip answer to this, but the honest-to-god answer is that the song I come back to over and over again and try to figure out how they did it is Common People. It’s just perfect: class tension, sexual tension, incredible multilayered production and it always fills a dancefloor. All great songs are about class.

An album release at the Workers’ Club on Sunday March 31 with Duke Batavia and Magnets, then hopefully a follow-up EP by the end of the year.

Right here, right now. The tech advances of the past 15 or so years have made such a dazzling a sonic palette available to everyone that the music coming out now is richer and more diverse and just more interesting than any previous time. Plus we live in fascinating times, so there’s plenty to write about. And as an immigrant I am allowed to be unashamedly parochial about Melbourne, which I love. 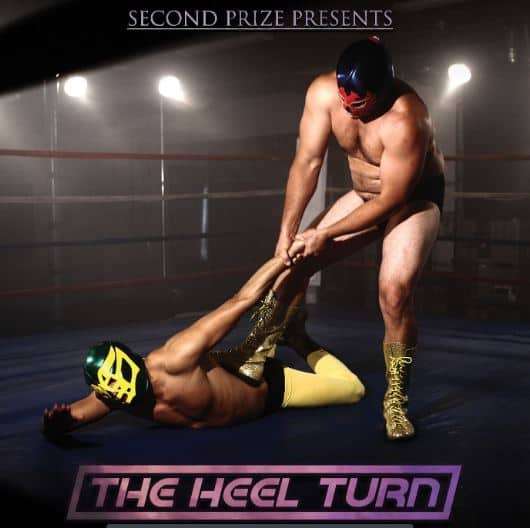 The new album from Melbourne band Second Prize takes its name from the world of Pro Wrestling. The Heel Turn is the moment when a good guy (or a “face”) becomes a bad guy (or a “heel”).

Many of the songs on the debut album inhabit that space – the grey area where male behaviour normally regarded as  drifts over into toxic masculinity.

“At the moment I think we as a culture are engaged in this massive audit of masculinity – what do we keep; what do we chuck out?” says singer/ songwriter John Palmer. “When you look at a lot of the common topics in rock music, they’re fine as far as they go, but you don’t need to push them very far at all before you end up in wrongtown. I’m really interested in that dynamic.”

Musically, the songs by turns evoke the sleazy disco of Pulp, the mid-life-crisis scuzz-rock of Grinderman-era Nick Cave, and the hangover-weary tenderness of Lambchop and Sparklehorse.

Palmer was previously the frontman of Half A Cow signing The Raylenes, and has more recently played guitar for Melbourne indie-pop auteur Georgia Fields. Chief collaborator Dave Rogers has played with Klinger, Ben Lee, Sophie Koh and Slow Fades.

The Heel Turn is released independently on March 22, and being launched on March 31 at The Workers Club with support from Magnets and Duke Batavia.

Currently, I’m completely enveloped by writing my book; trying to complete the manuscript for my tome.
Jeff Duff
Hot, hot lovers
Luke Monks, Gay Paris
Going to the river on sunny afternoons with the blow up dingys and resting your beers on lily pads.
The Frowning Clouds
Wherever there is music is where I feel most at home
Toby Robinson
Well these days my scene tends to revolve around my computer and being nudged by my dog to take her out for a walk. And then having my wife shout at me for spending time on my computer. I’m loving it actually. I’m quite relishing that scene. I miss them both very much.
Peter Hook, Joy Division/New Order/The Light
Fuck the Fucking Scene question! xo
Fuck The Fitzroy Doom Scene
All the wandering. The bastards and the angels. The sound of the rain and the pains of the heart. The silence. All the houses and all the rooms. All the keys and phones.
Raised By Eagles
Quirky cabaret bars that serve a mean G&T and boast a stellar cocktail list..which is why you’ll always find me returning to The Butterfly Club! I also love the buzz of a Fringe or Cabaret Festival, or a smart Opening Night. Any excuse for a dress up, really!
Amelia Ryan, Lady Liberty
Bed. Pringles. Whisky. Attenborough doco. Wham.
Marlon Williams
Tunes, mates, and honesty. No dickhead policy!
Buddha In A Chocolate Box
I will continue the continuum, singing my Songline.
Kutcha Edwards
Anyone who welcomes a hairy, gold wearing, hot air blowing idiot to a dinner table is my scene.
Henry Wagons
The TV show “Full House
World Wild
The dog park’s pretty good. I have a couple of miniature pinchers. And they’re the loves of my life. I take them for walks to the dog park; I’ve got a Harley Davidson I ride around. It’s not too exciting. It used to be sex, drugs and rock n roll; now I walk my dogs.
Stan Lee, The Dickies
Experimental electronica, musical metacreation, multiplicitous media, hacking.
Ollie Brown
All the kids who weren’t cool at school and still aren’t. Those people who didn’t manage to become awesome artists and uber hip performers. The raggy dolls who never found a way to make their raggy doll-ness work for them.
Jonathon Duffy
Leadfinger is a very strange band, hard to define, but we are free.
Stew, Leadfinger
Our scene is this big gorgeous wide world we live in all its majestic splendour!
Kim Salmon, The Darling Downs
My bedroom
Nantes
Yass KFC
Simon, Loon Lake
Book clubs, philosophy and extreme black metal
Elsen Price
When I’m not working in the studio or doing shows I’m at home with my partner and our baby so I guess they are my scene.
Way of the Eagle
Ep. 1 Series 3 of BBC’s ’Sherlock’ where Sherlock bungee jumps through a window and kisses Molly Hooper.
Miss Adelaide Everheart from Early Burley Burlesque
Obviously to create music. My family. I love driving my Ferraris.
Yngwie Malmsteen
Rock’n’Roll
About Heels on Decks
Deep 70s disco, wonky synths, shady lyrics, fairy lights and cheap wine.