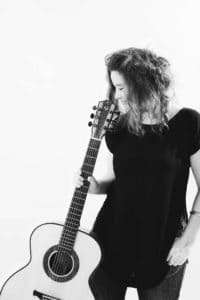 Mandy Connell is on the line-up for the inaugural A HITCH TO THE STICKS bus trip. She answers a few questions for us before the festival hits the road:

About A HITCH TO THE STICKS:

What does this mean to you?

Dallas and the Spank Betty Records team do an incredible job of managing events. For me, it means a lot to be included, because I think it’s a mark of respect to be invited by a crew like them. I am stoked to be part of something new, too, a chance to see how the touring trip works out, bringing the audience to a new area. The line-up is incredible. After running a web-series launch last month I am super happy to be performing and not event managing, and grateful to watch someone else do it so well. I’m hoping to learn a bit from the experience.

At what point of the bus trip are you performing?

What can we expect from your performance?

Shit-Hot Presence. Story, visceral truth, and raw personality, with good rhythm and a bloody good guitar to back up a tortured and unique voice.

What excites you about appearing at this event?

Super happy to be playing with Benny Williams. I LOVE his songs. And I’ll get to dance with Whisky Dram. 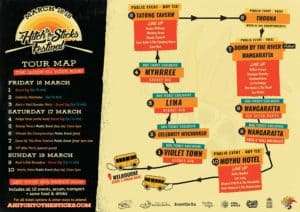 A bit about you:

I just launched a web series, with episodes going up every Thursday from Feb to May, featuring artists like Van Walker, Liz Stringer, Kylie Auldist, Monica Weightman, and Rowena Wise. It’s called An Otherwise Quiet Room, and is co produced and directed by myself and Agostino Soldati Films. I chose the artists and venues ( with input from Agostino) and the mixing engineers. In each episode, we also feature footage and an interview from myself with the owner of a local small business. This season is called the Moreland Sessions- based in Coburg and Brunswick.

An Otherwise Quiet Room- the Liz Stringer Episode. I produce the episodes and I wrote one of the songs featured in it. It’s a bloody good recording by Mischa Herman, filmed by Ago Soldati.

I once woke up with a serious headache at a festival in the UK and was talked into performing on stage before I could have breakfast.  When I got there, the stage tech asked me if I wanted to stand or sit- I broke my usual rule and chose to sit down. Big Mistake- The stage was on a 45 degree angle, making my set really hard- it was the worst day ever.  Always stand. Always. BUT- when I got home to Aus, someone had pinned an article to the wall of my local pub. The local newspaper had seen my set and loved it. Someone else had seen the article, posted it home, and the I was the town hero for a week. So, I guess, even the hard gigs are worth doing.

Storytellers- an artist who can put together a show that drags you with them, has you on their side- wanting to know more. An artist that has you physically feeling things- raised heartbeat, tingling skin, even grief or anger- whether they do it with song or words or both.

I go to NEW ZEALAND for four shows with Girl Friday. We’ll make friends, book a second tour for spring, and see some MOUNTAINS. After the months of editing, planning and promotion for AOQR, I’m looking forward to playing and seeing some country.

Folk mostly. Anything with a good story and no bullshit.

Connell presents a voice of startling honesty, with guitar skills and anecdotes which have her well-loved around the east coast. David Francey calls her one of his “favourite trad voices anywhere” Eric Bogle called her ‘deserving’.

She has an ability to weave narrative threads in a way that leaves you feeling you know her. A strong solo artist with a flair for surprising collaborations, Mandy’s show comes to life for curated audiences who come to listen. Inspired by travelling musicians and taught by them- Connell performs in a traditional style that thrives on touring and performing for a small room. 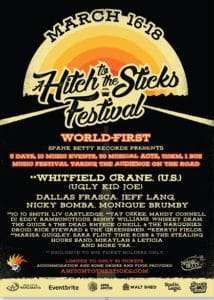 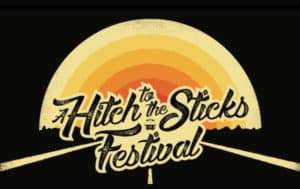 [pullquote]”If you find yourself at the same party as Dallas, make sure you’re match fit.” Sarah McLeod, The Superjesus [/pullquote] Ever wanted to hitch a ride onboard your favourite band’s tour bus? Fantasised about starring in the next Almost Famous film? Well, listen up, because Dallas Frasca is about to give you precisely that chance with what is guaranteed to be one of the musical highlights of the year.
The powerhouse Aussie frontwoman and rock and roll icon is throwing a world-first music festival set to take punters on the road this March. Taking place over three days, A Hitch To The Sticks Music Festival is a unique band-tour-meets-VIP-experience that gives audiences a glimpse at a touring musician’s lifestyle in a three day regional bus tour of hand-curated music events, gigs and festivals. With Frasca as your guide, passengers will navigate some of North-East Victoria’s hidden musical gems and undiscovered live music venues and events all from the comfort of your own rowdy, airconditioned tour bus.
For 50 lucky ticket holders, the adventure begins in Melbourne’s CBD on Friday 16 March where the Hitch To The Sticks bus will commence boarding. From there the tour heads North to six secret locations and four public events across Violet Town, Lima, Myrrhee, Tatong, Thoona, Wangaratta and Moyhu until the musical safari touches back down in concrete town on Sunday 18 March.
Transporting passengers direct to the cream of the crop of Regional Victorian music and culture, Dallas has packed a massive lineup of local gigs, events, festivals and experiences into the three day tour, to shine an unforgettable light on the immense musical talent hidden in the quiet corners of our land. Some of the exclusive experiences along the way will include a hedge maze “artist hunt” where punters must follow the music to discover live local artists playing throughout the maze; a rock & roll slumber party in cabin style accommodation (limited VIP upgrades available); celebrity hitchhikers and an intimate live performance by a very special international guest.

“There is something special, indescribable, about experiencing live music in regional Victoria. A travelling music festival on wheels? Sign me up! Music Victoria loves regional live music.” Nick Cooper, Operations / Program Manager Music Victoria.
For those who can’t make it onboard the tour, there are plenty of opportunities to join the disembarking passengers and meet the legendary bus at four public events throughout the tour. This includes the sixth annual Wangaratta Down By The River Festival – a free event offering a kaleidoscope of flavour, music, activity and culture curated by Frasca herself, as well as a bunch of local ticketed events across the weekend.

With the full lineup dropping soon, Dallas and the Hitch To The Sticks team are excited to reveal the first couple of performers eager and ready to board the festival bus – conductor of the Melbourne Ska Orchestra and all-round reggae luminary Nicky Bomba and Beechworth-born singer songwriter Liv Cartledge.

At just 21 years old Liv’s oaky tones and disarming lyrics have captivated audiences around Australia and beyond, with her debut EP Timber an incredible first glimpse of a destined rising talent. Relentless traveller and performer Nicky Bomba is an absolute staple of the local reggae/funk/jazz scene and has contributed to just about as many musical endeavours as he has footprints on the earth. Liv’s regional Victorian roots and local knowledge together with Nicky’s worldly prowess and love of community are sure to make the inaugural A Hitch To The Sticks Music Festival one heck of a kumbaya.

So get ready to sit tight, buckle up and play corners with some new friends when the wheels on the Hitch To The Sticks bus go round and round this March.

Tickets on sale now via www.ahitchtothesticks.com
Limited to only 50 tickets.
Accommodation, travel and some food and drinks provided.

About Mary Boukouvalas 1187 Articles
Mary is a photographer and a writer, specialising in music. She runs Rocklust.com where she endeavours to capture the passion of music in her photos whether it's live music photography, promotional band photos or portraits. She has photographed The Rolling Stones, KISS, Iggy Pop, AC/DC, Patti Smith, Joe Strummer, PULP, The Cult, The Damned, The Cure, Ian Brown, Interpol, MUDHONEY, The MELVINS, The Living End, Foo Fighters, Smashing Pumpkins, Rage Against The Machine, The Stone Roses –just to name a few - in Australia, USA, Europe and the Middle East. Her work has been published in Beat magazine, Rolling Stone magazine, Triple J magazine, The Age Newspaper, The Herald Sun, The Australian, Neos Kosmos, blistering.com, theaureview.com, noise11.com, music-news.com. She has a permanent photographic exhibition at The Corner Hotel in Richmond, Victoria Australia.
Contact: Website Facebook Twitter YouTube 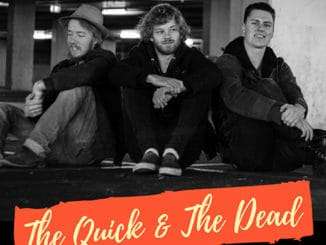 Q&A Scene: A HITCH TO THE STICKS Special: Rhys Duursma ~ the QUICK & the DEAD 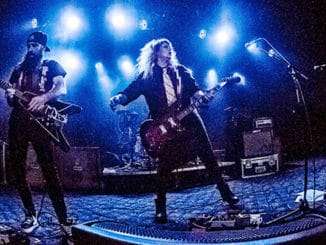 Q&A Scene: A HITCH TO THE STICKS Special: Dallas Frasca