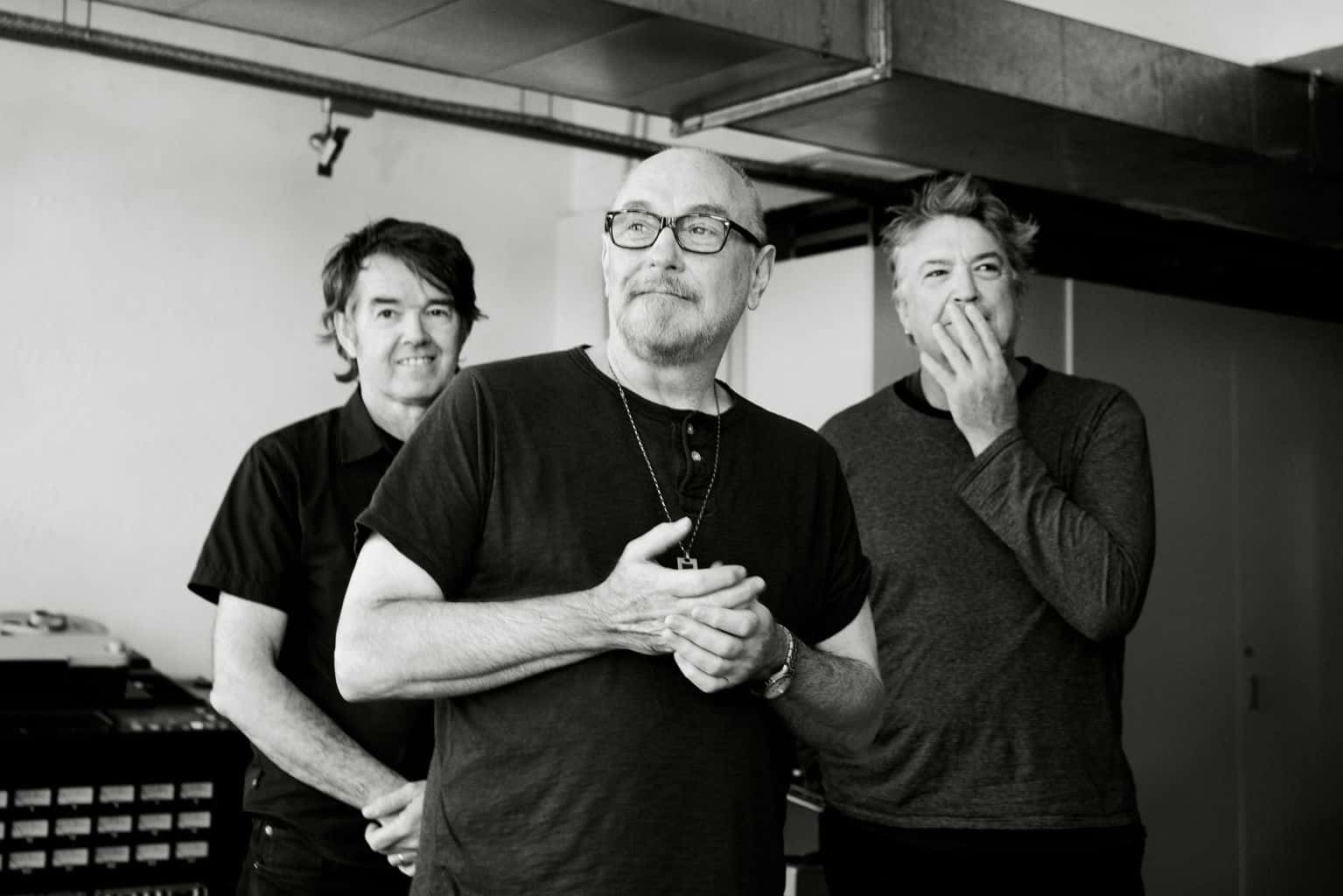 5-6-7-8-9 is the blockbusting mini lp follow up to last years smash album ”The Church of Simultaneous Existence” by The Aints!. We continue the exploration and investigation of the inexplicable breech of the space time continuum that occurred when the original Saints disbanded in late 1978. The tour will be a live/in person personification of the aforementioned and will be like a lightning flash of cosmic awareness raising rock’n’roll … catch it while you can.

Goodnight Ladies [I hear a sound without] I like it it because it’s the oldest song on the record but acts like the youngest.

We recorded some of the tracks at the ABC Studios in Ultimo Sydney and the sessions were almost cancelled because security refused to believe that our drummer Paul Larson was working on a session there.

Not something I spend a lot of time thinking about really but if I did, lots I guess….”Eloise” by Barry Ryan amongst others

Well The Aints! are touring to promote our new mini-lp then I’m going on select series of solo shows where I’ll be debuting songs that I hope to include on my forthcoming solo album ”Electricity, the High Priest of all Security” 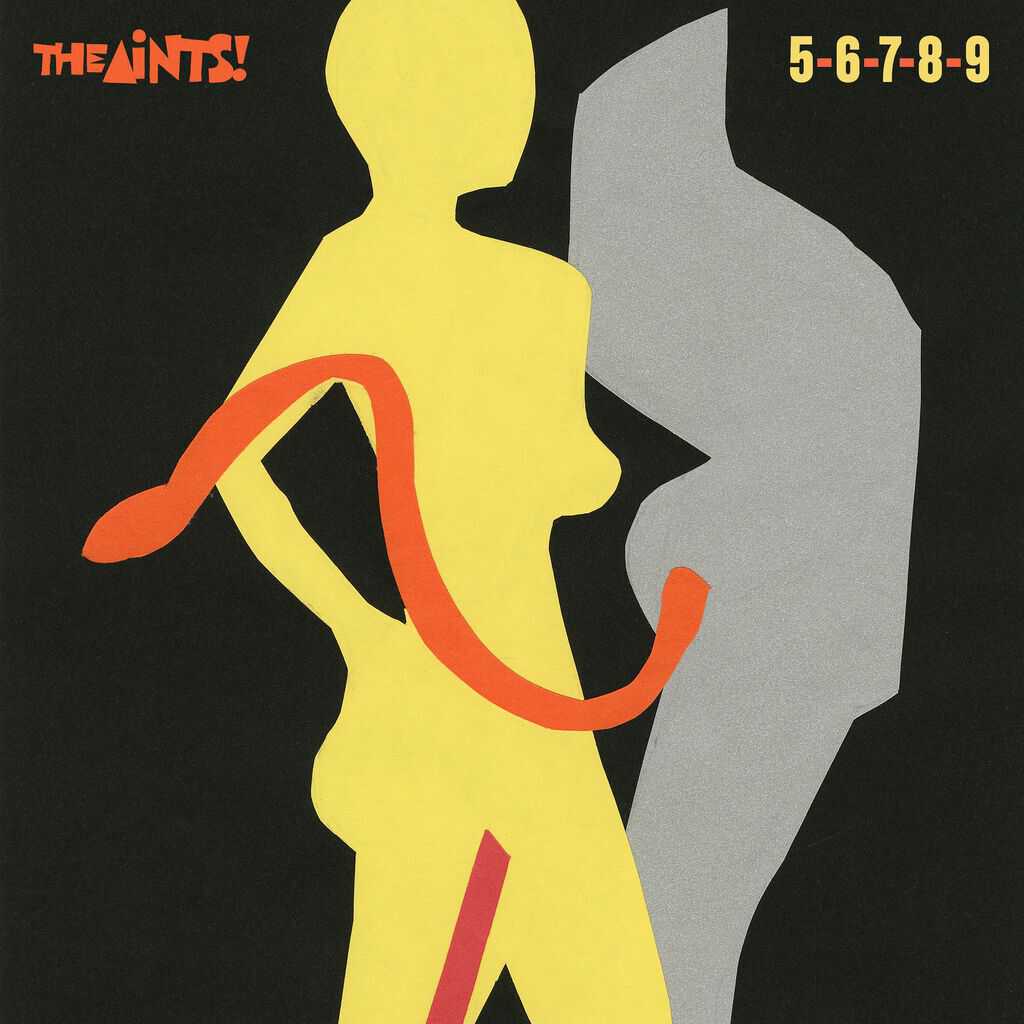 Tickets on sale now via feelpresents.comwww.theaints.com
About Mary Boukouvalas 1483 Articles
Mary is a photographer and a writer, specialising in music. She runs Rocklust.com where she endeavours to capture the passion of music in her photos whether it's live music photography, promotional band photos or portraits. She has photographed The Rolling Stones, KISS, Iggy Pop, AC/DC, Patti Smith, Joe Strummer, PULP, The Cult, The Damned, The Cure, Ian Brown, Interpol, MUDHONEY, The MELVINS, The Living End, Foo Fighters, Smashing Pumpkins, Rage Against The Machine, The Stone Roses –just to name a few - in Australia, USA, Europe and the Middle East. Her work has been published in Beat magazine, Rolling Stone magazine, Triple J magazine, The Age Newspaper, The Herald Sun, The Australian, Neos Kosmos, blistering.com, theaureview.com, noise11.com, music-news.com. She has a permanent photographic exhibition at The Corner Hotel in Richmond, Victoria Australia.
Website Facebook Twitter YouTube

Tell us about your new album ‘Run Around The Sound’ and upcoming tour? We recorded the album at Castle Of Doom studios with the amazing Tony Doogan as engineer and producer. We hope it captures […]

Tell us about your ‘Goddamn Jellyfish’ Single and upcoming album “World Keeps Turning”?   “Goddamn Jellyfish” was one of the pre release songs. It’s a fun song to play and was a slow burner… for […]

Billy Bragg will be returning for a very special tour entitled “One Step Forward. Two Steps Back.” In each city Bragg will perform three unique shows on consecutive nights. The first night’s performance will feature Bragg’s current set, which ranges across his 35 year career. The second will see Bragg perform songs from his first three albums: his punk rock debut Life’s a Riot with Spy Vs Spy (1983), its similarly raw follow-up Brewing Up with Billy Bragg (1984) and Talking with the Taxman about Poetry (1986). […]

Book clubs, philosophy and extreme black metal
Elsen Price
My scene is at the moment Big Wongs General Tsos Chicken as I get sauce on the keys typing to you :-)
Brian Mackey
Anywhere there is good company, great conversation, and a glass of red.
Helen Perris
It’s Thonbury. It’s my dreaming. I’ve lived here 30 years and it’s evolved with me. The more I drink wine, the more wine bars appear in the neighbourhood. The more I eat, the more cafes appear in the neighbourhood. Fantastic.
Denise Scott, Comedian
Going to the river on sunny afternoons with the blow up dingys and resting your beers on lily pads.
The Frowning Clouds
I’m in with the Out-Crowd
Dave Warner
Beer, riffs, good people, good food and new adventures, anywhere those things exist, that’s my scene!
Andy, Don Fernando
All of the above and more in my shed every Friday night
Hound
Hiking a 14K foot mountain in Colorado
Cole Washburn
We can be dirty, we can be imperfect, we can be classy, it doesn’t matter. We drift between scenes and eventually may just create our own.
The Ugly Kings
“Malcolm Hill is a lifetime member of the Melbourne Music Mafia and part of the ratpack of post punk Melbourne artists who have been keepin’ it real across diverse art forms for thirty years.”
Malcolm Hill
If you’re a Max Chillington then you’re our scene.
Gunslingers
The dog park’s pretty good. I have a couple of miniature pinchers. And they’re the loves of my life. I take them for walks to the dog park; I’ve got a Harley Davidson I ride around. It’s not too exciting. It used to be sex, drugs and rock n roll; now I walk my dogs.
Stan Lee, The Dickies
Yass KFC
Simon, Loon Lake
It’s a delirium, really, but I like to live like this.
Hugo Race
Obviously to create music. My family. I love driving my Ferraris.
Yngwie Malmsteen
Bed. Pringles. Whisky. Attenborough doco. Wham.
Marlon Williams
Well I’m still looking for my scene, and I think I might have found it. Between the pages of What’s My Scene Magazine.
Dave Faulkner, Hoodoo Gurus
Flanelette pyjama pants.
Timberwolf
Fuck the Fucking Scene question! xo
Fuck The Fitzroy Doom Scene
Leadfinger is a very strange band, hard to define, but we are free.
Stew, Leadfinger
My scene is finding any excuse to dance with my 2 year old daughter Ruby.
Matthew Hardy, Comedian
Ep. 1 Series 3 of BBC’s ’Sherlock’ where Sherlock bungee jumps through a window and kisses Molly Hooper.
Miss Adelaide Everheart from Early Burley Burlesque
My bedroom
Nantes
My family, my friends, my home.
Cory Putman, Norma Jean
Cool small bars with good food, good wine, good company
The Backsliders
All the wandering. The bastards and the angels. The sound of the rain and the pains of the heart. The silence. All the houses and all the rooms. All the keys and phones.
Raised By Eagles
I will continue the continuum, singing my Songline.
Kutcha Edwards
Hot, hot lovers
Luke Monks, Gay Paris
Cool venues with good beer on tap that don’t mind us getting loud and getting room grooving so hard you feel the floor shaking.
Papa G and The Starcats
My scene is driving fast cars and shooting guns.
Ace Frehley
Our scene is in the city of Bath, a small city with a very big musical identity, we play the British festivals and I am also in the ’choirs scene’. We are also in other bands for fun, music all the way, roll on summer!
Su Hart, Baka Beyond
Scones, savory, sweet I don’t mind
The Wooden Sky
Aside from music and everything creative, I love open-mind people, unexpected humour, seeing the world and nature, riding my bicycle, playing billiards. I’m also a fan of coffee, whiskey and most things vintage.
Jessica Stuart Few
I don’t wish to belong to any scene that would have me as a member (with thanks to Groucho Marx).
Bob Spencer, Raw Brit
Our gigs have an air of danger and sex. Beautiful women are free to express themselves and are as dangerous as hell. Everybody can have a good time ’cos there’s a lot of love in the room and we just can’t help but stomp out that primeval swamp boogie ooze.
Chris Russell’s Chicken Walk
Act III, Scene VI of King Lear. A tense and gripping scene wherein the ageing king informs his three daughters that they have all been accepted as contestants on Family Feud.
Ben Pobjie, comedian
The car wash scene from Cool Hand Luke will do just fine thank you.
Old Gray Mule
Deep 70s disco, wonky synths, shady lyrics, fairy lights and cheap wine.