Ben Leece & Left of the Dial

When did you first start playing music?

Which artist influenced your music?

Tell us about your latest single/album/tour.

Paper Thin is my latest single. It was recorded between Newcastle and Melbourne and features performances from my band Left of the Dial and our very good friends from Georgia State Line. We’ll be touring together in November.

An ethically sourced can of tuna – ‘Sirena Chili in Oil’ maybe. A little funny on the nose but surprisingly tasty. Full of protein with a conscious. Convenient fuel to keep you going for hours. I’m not your first choice for lunch, but once you’ve had me you’re incredibly thankful you chose me over the junk you were craving.

After writing and performing music for 20 something years, in 2018 the best gig I managed to book at the Tamworth Country Music Festival was an afternoon spot on the floor of Hungry Jacks. The power kept cutting in and out, my capo literally snapped in half during the first song and the 4 customers that walked through during the set could not be less interested, but that didn’t matter cause they wouldn’t have heard me over the banter and shitty mumble rap blaring from the kitchen anyway. I didn’t get paid – they even made me buy my own Sprite. Quickly approaching 40, I walked out thinking I was done. I sat in my car, closed my eyes and took a deep breath. I swear at that very moment I received a text message from my friend Tori Forsyth explaining her show the following night had just sold out and would I come open for her. Things kind of just kept getting better from there.

My friend Andy Golledge once told me, ‘Surround yourself with good people and the rest don’t matter.’ That advice will keep me inspired for many, many years to come.

Which song do you wish you wrote? Why?

‘From Down Here’ by Georgia State Line. Why? Cause it’s f’ing rad yo! Duh!

What does Australian Music Week mean to you? When / where will you be performing?

Aside from the chance to soak up invaluable wisdom from the guest speaker panel, AMW to me is an opportunity to perform for, and hopefully win over, new people that otherwise wouldn’t have crossed our path. The lineup this year is also chockas with so many mates that we don’t get to see all that often.

I think I’m a bit of a chameleon. I’m not necessarily uncomfortable anywhere, but I’ve never really felt like I belong anywhere either. I’m a punk-rock-thrash-metal kid whose first love is hip hop, but somehow wound up playing this honky kind of music. Go figure. 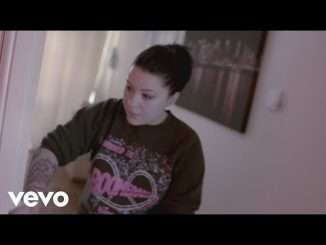 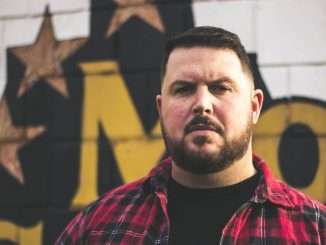 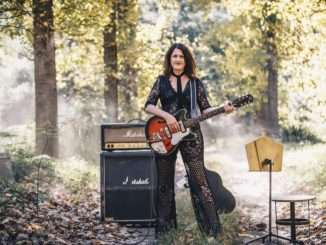