In stark contrast to his band life, Henri “Henkka T. Blacksmith” Seppälä’s scene is rather tranquil. The bassist of extreme metal band, Children of Bodom, states: “Well, we bought an old wooden house, renovated for a long time, and it’s now ready so that we just need to invite some friends over and sit around the round table and drink some good beers and have some good food and be with our friends and kids.”

The band has achieved many accolades since forming in Finland in the 90s. Now, more than 20 years later, with ten studio albums, the band is still going strong, and is not sounding dated. The tenth album, HEXED, released 8th March, was made the same as the previous releases. Blacksmith states: “At first some songs sounded pop but then the chorus was heavy. We make the songs and then they turn out as they are and then recorded them. Nothing that really actually tried to do or tried to think. We just try to make the songs as good as we … so that we would be really happy with them and then we just record them there and then. We never literally plan much, they just come out like this. This process was a little bit different because we had more time and then we weren’t on tour in between songwriting so maybe there that was something you would never hear before. I don’t know it’s more polished, well maybe a little bit yeah, because we had like three songs ready and then we went on tour for two months and then we came back to those three songs so of course. We made some modifications to those songs after that. Maybe, I don’t know if it’s polishing, but it’s a little bit different approach.”

The different approach allowed for more creativity. In fact the most rewarding track on the new album, for Blacksmith, was the title track. He states: “The ending with the fretless bass, we haven’t had a fretless bass ever. I don’t know, we always stuck with our routines and this time I asked Alex, ‘Would it be okay if I did this thing in the end of ‘Hexed’ with the fretless bass?’ And he was like, ‘Yeah, yeah, let’s go for it, that’s a good idea.’ Then it became something we never tried before and it turned out quite nice.”

The band plan to tour HEXED in Australia next year. Blacksmith looks forward to the tour and states: “With the band, it’s always been too short on the schedule, so that’s the first thing that comes to mind. I remember the first time I ever went there, I was blown away. I mean everybody who goes to Australia from Finland they always say really good things about Australia and I was like, ‘Yeah, yeah, sure it’s nice; it’s just England on the other side of the world’, but then when you actually get there then you realise it for yourself, then you’ve experienced it yourself. Yeah, people are right, there’s this special vibe in the people and of course the whole nature and the whole continent has this vibe. You have to experience for yourself.” He reminisces about an incident in Adelaide during a recent tour down under, “I have a friend in Adelaide. We had a day off and he took me out a little bit and we had some beers and then, I always forget what this drink is called but I think it’s originally from Fiji, it’s kind of like this mud thing that you make from scented roots. And you drink it from this bowl. It doesn’t have any alcohol but I guess when you drink it like after a lot of beers in the middle of the night then it might make you feel a little bit weird. Yeah. And I ended up, I tried to get to my hotel, I was in the wrong building and so then eventually I found the hotel but then I went with my keycard I went to Jaska’s room, I didn’t know how the keycard worked. Weird stuff.”

HEXED is out now through Nuclear Blast!

About Mary Boukouvalas 1190 Articles
Mary is a photographer and a writer, specialising in music. She runs Rocklust.com where she endeavours to capture the passion of music in her photos whether it's live music photography, promotional band photos or portraits. She has photographed The Rolling Stones, KISS, Iggy Pop, AC/DC, Patti Smith, Joe Strummer, PULP, The Cult, The Damned, The Cure, Ian Brown, Interpol, MUDHONEY, The MELVINS, The Living End, Foo Fighters, Smashing Pumpkins, Rage Against The Machine, The Stone Roses –just to name a few - in Australia, USA, Europe and the Middle East. Her work has been published in Beat magazine, Rolling Stone magazine, Triple J magazine, The Age Newspaper, The Herald Sun, The Australian, Neos Kosmos, blistering.com, theaureview.com, noise11.com, music-news.com. She has a permanent photographic exhibition at The Corner Hotel in Richmond, Victoria Australia.
Contact: Website Facebook Twitter YouTube 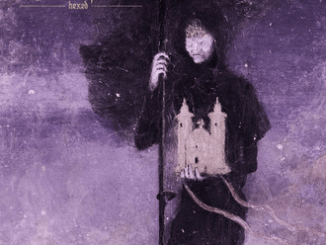 Scene News: You will be HEXED by Children of Bodom!