News Ticker
https://youtu.be/A3ab_PIZKGU
Legendary rock band Jefferson Starship (featuring David Freiberg, Donny Baldwin, Cathy Richardson, Chris Smith, and Jude Gold) has announced the release of their new EP, Mother of the Sun, their first collection of new songs in 12 years.
Mother of the Sun will be released via Golden Robot Records and will hit stores and streaming platforms on August 21.
The seven tracks include two songs co-written by original Jefferson Starship/Jefferson Airplane members — It’s About Time co-written with Grace Slick and another co-written with Marty Balin. The collection also features the return of original Jefferson Starship member Pete Sears, who plays bass on three tracks.
“Paul Kantner was our bandleader and the visionary who kept JeffersonStarship going through so many eras,” says Richardson. “He inspired so much about this record, from the messages in the lyrics to the title and album art to the collaborative process of creating music as a band with some of his original muses – Grace, Marty, and Pete. Mother of the Sun is dedicated to PK.”
While JeffersonStarship‘s current members have been touring incessantly (including playing five continents with Kantner before his passing in 2016), Kantner’s final “crew” has mostly been riding out the pandemic in their homes. That hasn’t stopped them from planning a massive 2021 tour to support Mother of the Sun, though, as new dates will be announced this fall.
JeffersonStarship features founding singer/multi-instrumentalist David Freiberg (who was also in Jefferson Airplane during the band’s final year), longtime drummer Donny Baldwin (who joined JeffersonStarship in 1982 and also played and sang on many hits of the band’s Starship era), lead singer Cathy Richardson (whom Kantner recruited in 2008), 25-year member Chris Smith on keyboards, and lead guitarist Jude Gold, who joined in 2012.
The current lineup of JeffersonStarship is dedicated to breathing new life into this timeless music in their live shows. Massive hits such as Jane, Miracles, White Rabbit, Somebody to Love, Volunteers,We Built This City, and Nothing’s Gonna Stop Us Now continue to reverberate in pop culture all over the world. Whether in the studio or on tour, the five members still enjoy pushing sonic boundaries, passionately trying to change the world, and staying true to the original spirit of all things JeffersonStarship. 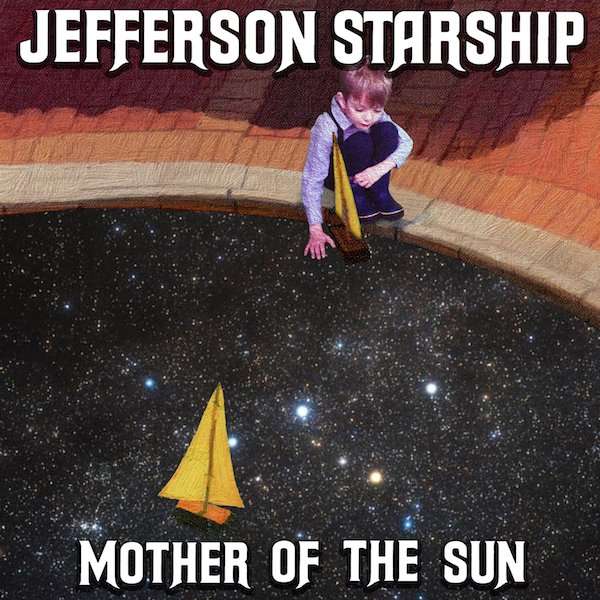 About Mary Boukouvalas 1230 Articles
Mary is a photographer and a writer, specialising in music. She runs Rocklust.com where she endeavours to capture the passion of music in her photos whether it's live music photography, promotional band photos or portraits. She has photographed The Rolling Stones, KISS, Iggy Pop, AC/DC, Patti Smith, Joe Strummer, PULP, The Cult, The Damned, The Cure, Ian Brown, Interpol, MUDHONEY, The MELVINS, The Living End, Foo Fighters, Smashing Pumpkins, Rage Against The Machine, The Stone Roses –just to name a few - in Australia, USA, Europe and the Middle East. Her work has been published in Beat magazine, Rolling Stone magazine, Triple J magazine, The Age Newspaper, The Herald Sun, The Australian, Neos Kosmos, blistering.com, theaureview.com, noise11.com, music-news.com. She has a permanent photographic exhibition at The Corner Hotel in Richmond, Victoria Australia.
WebsiteFacebookTwitterYouTube

PHIL X needs no introduction, having been an integral full-time member of Bon Jovi since 2016, after also filling in for Richie Sambora on the 2011, 2013 and 2015 Bon Jovi tours. Phil and his band THE DRILLS recently released their new single ‘Right […]

Legendary rock band Jefferson Starship (featuring David Freiberg, Donny Baldwin, Cathy Richardson, Chris Smith, and Jude Gold) has announced the release of their new EP, Mother of the Sun, their first collection of new songs in 12 years. Mother of the Sun will be […]

My scene is finding any excuse to dance with my 2 year old daughter Ruby.
Matthew Hardy, Comedian
Fuck the Fucking Scene question! xo
Fuck The Fitzroy Doom Scene
Comedy, surreal show girls, burlesque and theatre
MC KREWD
Our scene is folk that are interested in change. Not just music, but breaking the norm, the boundaries and stereotype of Australian ’rock/pop’ music. Unpredictable, the question marks, the new jokers in town. Don’t Believe The Haze.
Slumberhaze
I think my style is more just making cameos in everyone else’s scene.
Mojo Juju
Well I’m still looking for my scene, and I think I might have found it. Between the pages of What’s My Scene Magazine.
Dave Faulkner, Hoodoo Gurus
Act III, Scene VI of King Lear. A tense and gripping scene wherein the ageing king informs his three daughters that they have all been accepted as contestants on Family Feud.
Ben Pobjie, comedian
Yass KFC
Simon, Loon Lake
Cool venues with good beer on tap that don’t mind us getting loud and getting room grooving so hard you feel the floor shaking.
Papa G and The Starcats
Art is my scene. No labels, restrictions or judgement. I love art in all it’s varied glory.
The Last 5 Queers
The beach. Tea with gin at your grandparents house. They have the best stories.
Betty & Oswald
Going to the river on sunny afternoons with the blow up dingys and resting your beers on lily pads.
The Frowning Clouds
Experimental electronica, musical metacreation, multiplicitous media, hacking.
Ollie Brown
Currently, I’m completely enveloped by writing my book; trying to complete the manuscript for my tome.
Jeff Duff
I just do my best to live a life full of the things I love. Rock’n’roll, photography, New York City – they are three things right there that I love a lot!
Paul Miles
Anywhere there is good company, great conversation, and a glass of red.
Helen Perris
I like to be out in the nature, to get away. Go to the woods. My dad lives in the woods. Maybe once or twice a year I don’t have phone reception there is no Wi-Fi
Fredrik Åkesson, Opeth
My scene is Brunswick. I love it. It provides me with just about everything I need.
About Charlie Marshall
The dog park’s pretty good. I have a couple of miniature pinchers. And they’re the loves of my life. I take them for walks to the dog park; I’ve got a Harley Davidson I ride around. It’s not too exciting. It used to be sex, drugs and rock n roll; now I walk my dogs.
Stan Lee, The Dickies
What’s my scene? well…
And another thing I’ve been wondering lately
Oh, baby,
Tell me where have you been?
Now the stage is set
Where’s my Juliet, baby?
Is it maybe
My Midsummer Night’s Dream?
What’s my scene?
Clowns
Sitting in the sun, in a nice chair, with a good book.
James Reyne
Rock’n’Roll
About Heels on Decks
Country roots, old time, bluegrass, folk, Americana scene Traditional plus :)
Whitetop Mountaineers
Deep 70s disco, wonky synths, shady lyrics, fairy lights and cheap wine.