It has been 29 years since The The last toured Australia in 1989. Here as part of the Melbourne International Arts Festival it’s not surprising the buzz of excitement at the State Theatre is palpable. People dotted around the theatres many tiers abstaining from using their smart phones, ready to give Matt Johnson and his band their full attention.

As the lights dim and the stage is engulfed with darkness, silhouettes of the five band members appear, to screams and claps from the audience. Opener “Global Eyes” and then a new rendition of “Sweet Bird of Truth,” builds the crowd’s anticipation slowly. Past popular hit “The Beat (en) Generation,” is a foil to the angrier, politically charged “Armageddon Days are Here (Again)” from 1989’s Mind Bomb, which Johnson tells us, was banned and never played on radio and invites the throng to rise and sing along.

One of The The’s most popular songs “This is The Day” is performed with aplomb. Johnson’s gravelly croon, punctuating the chorus, Barrie Cadogan’s impressive guitar licks, bassist James Eller and drummer Geoff Dugmore’s solid bottom end carrying the tune, whilst DC Collard impresses us on keys. And whilst the song is a crowd favourite, the band are slowly building momentum.

Johnson’s dry wit and between song banter keeps punters on their toes, particularly when inciting Melbourne versus Sydney rivalry by telling us that Sydneysiders shed their clothing during some of the more lustful tracks, drawing laughter and applause from the crowd.

The Hank Williams cover “I saw the Light” sears with biblical intensity, and “Infected” is simply brilliant, and a poignant reminder of growing up in the 80’s. Two veritable highlights in a solid set replete with hits and old classics.

The The and founding member Matt Johnson, showed Melbourne that their songs are just as relevant now as they were in their heyday. Let’s hope they don’t wait another 30 years to visit our shores. 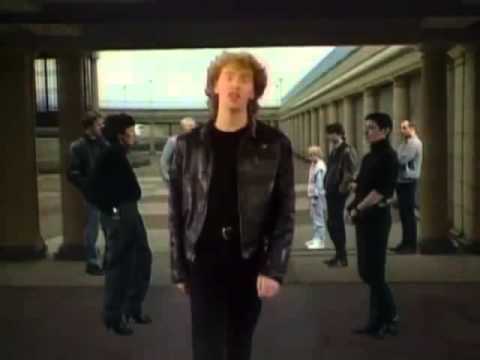 Scene News: THE THE this Thursday at the Melbourne International Arts Festival