The Australian production of Green Day‘s Broadway musical American Idiot held a media call and red carpet event for its Melbourne opening night on Wednesday 28 February 2018 at the Comedy Theatre. Channeling the grungy spirit of punk while also plucking at the heartstrings, American Idiot is a high-octane rock musical/opera. Winner of two Tony Awards and the 2010 Grammy Award for Best Musical Show Album, Green Day’s American Idiot features every song from their iconic album American Idiot, as well as several songs from their follow-up release 21st Century Breakdown. This musical theatre rock show includes an all-Australian cast, featuring rock legends Phil Jamieson (Grinspoon), Sarah McLeod (The Superjesus) and Adalita (Magic Dirt) playing in rotation as St. Jimmy. Now playing at the Comedy Theatre for a limited season, the musical aims to capture not just the sound of a generation, but also the frustrations, fears, dreams and challenges of life in the media-saturated, post 9/11 era.

About Paul Miles 129 Articles
Paul Miles is a rock photographer specializing in live music photography, who captures the true spirit of rock’n’roll in action by many of the world’s greatest performers. Over the years, he has shot a vast array of rock music photography: from gigs in world-famous clubs like the Apollo in Harlem and the Whisky a Go Go in Hollywood, to iconic arenas like New York City’s Madison Square Garden and Australia’s MCG, as well as in retail stores Barnes & Noble, Apple, and John Varvatos CBGBs.
Contact: Website Twitter 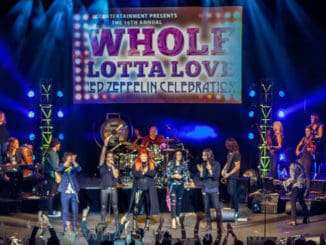