Amon Amarth have been marching purposefully from triumph to greater triumph for the last two decades. formed amid the fertile swedish metal scene in the mid 90’s, these dedicated diehards brought a new sense of drama and destruction to the world of heavy music, propagating tales of viking mythology and mortal combat over a devastating soundtrack of crushing rhythms, refined melody and rousing, rebellious refrains.

Sweden’S Arch Enemy are one of the most explosive and proficient metal bands of modern times! they have spent the last 20 years propagating an unerring creed of technical excellence, songwriting genius and thunderous, irresistible live performance, accruing a huge global fan base along the way since their inception in the mid 90’s.

Musically, French quartet Gojira gracefully swing between quaking and quivering guitars, mind-bending percussion, chillingly elegant melodies, and cosmic atmospherics. the band has always dealt in extremes, uncovering light in darkness and finding beauty in heaviness. since their 1996 beginnings they have made their mark as one of the paramount metals bands of this generation. 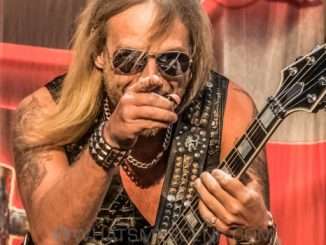 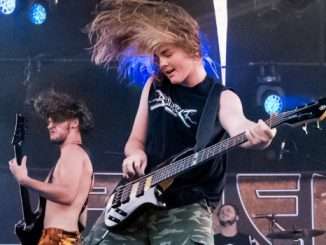 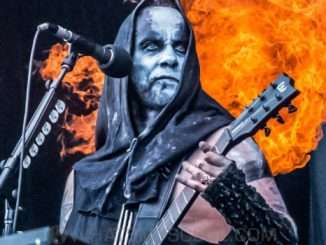 I love being on a little boat near home in South West Victoria with a fishing line in the water, the Sun coming up or going down. I also love walking the streets of Melbourne or Manhattan or many of the beautiful towns and villages of Ireland or anywhere. My partner and my family are central to it all. I also love being in the midst of a great music session, anywhere, anytime, being transported into the soul of the Universe.
Shane Howard
Rock’n’Roll
About Heels on Decks

Going to the river on sunny afternoons with the blow up dingys and resting your beers on lily pads.
The Frowning Clouds
Aside from music and everything creative, I love open-mind people, unexpected humour, seeing the world and nature, riding my bicycle, playing billiards. I’m also a fan of coffee, whiskey and most things vintage.
Jessica Stuart Few

Right now it’s a room with no lights on. An unmade bed. A laptop with 9% battery and a mosquito that just refuses to die.
Dave Larkin, Dallas Crane
My bedroom
Nantes

When I’m not working in the studio or doing shows I’m at home with my partner and our baby so I guess they are my scene.
Way of the Eagle
Melbourne. Nowhere else is as great as Melbourne.
Brat Farrar

My scene is driving fast cars and shooting guns.
Ace Frehley
Any scene with Al Swearangen & Mr. Wu from the show Deadwood ;)
Mathas

Leadfinger is a very strange band, hard to define, but we are free.
Stew, Leadfinger
Staying home out of harms way.
Peter Milley, Cairo Club Orchestra

Well I’m still looking for my scene, and I think I might have found it. Between the pages of What’s My Scene Magazine.
Dave Faulkner, Hoodoo Gurus
The Astor Theatre on chapel st. Old cinema with copious amounts of atmosphere playing classic films (Chaplin, Gene Kelly, Kubrick, etc) and me with a honeycomb choc top spilt on my Tshirt because that’s just how I roll.
Jude Perl, Comedian