Black Stone Cherry arrived in Australia hot on the heels of their tour down under earlier this year with Steel Panther, where they wowed full houses early on. That was the band’s maiden voyage down under and they returned ASAP to cement their place in Australian audiences’ hearts.

Australian crowd-favourites blues-rock legends CHASE THE SUN joined the tour as special guest support – and they themselves will have a new album out in time for this good-times, rough-and-tumble rock tour.

Drummer for the Southern-Rock outfit, John Fred Young , is excited for the speedy return to the land down under. “We had such a kick-ass time in Australia with Steel Panther, that we just had to back it up straight away. There’s not many places in the world where we have had as much fun playing to such receptive audiences and we met a whole bunch of people that we just want to get back there to see you all again. We can’t wait.”

The band’s many singles and albums have inspired rock radio success in the UK and US, including “White Trash Millionaire” and “Please Come In”; all driven by the vocal charisma and lead guitar shred of Chris Robertson , the dynamic crunch of guitarist Ben Wells , the rhythmic pulse of bassist Jon Lawhon and the always-in-the-pocket groove of drummer John Fred Young.

About Mary Boukouvalas 1245 Articles
Mary is a photographer and a writer, specialising in music. She runs Rocklust.com where she endeavours to capture the passion of music in her photos whether it's live music photography, promotional band photos or portraits. She has photographed The Rolling Stones, KISS, Iggy Pop, AC/DC, Patti Smith, Joe Strummer, PULP, The Cult, The Damned, The Cure, Ian Brown, Interpol, MUDHONEY, The MELVINS, The Living End, Foo Fighters, Smashing Pumpkins, Rage Against The Machine, The Stone Roses –just to name a few - in Australia, USA, Europe and the Middle East. Her work has been published in Beat magazine, Rolling Stone magazine, Triple J magazine, The Age Newspaper, The Herald Sun, The Australian, Neos Kosmos, blistering.com, theaureview.com, noise11.com, music-news.com. She has a permanent photographic exhibition at The Corner Hotel in Richmond, Victoria Australia.
Contact: Website Facebook Twitter YouTube

Scene News: BLACK STONE CHERRY release ‘Black To Blues’ EP: a tribute to the band’s blues roots and their heroes. 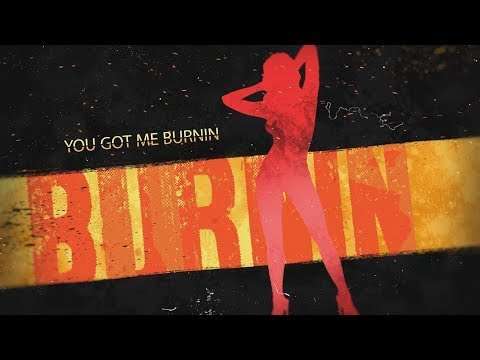 Act III, Scene VI of King Lear. A tense and gripping scene wherein the ageing king informs his three daughters that they have all been accepted as contestants on Family Feud.
Ben Pobjie, comedian
I like to think that I belong to the head-strong Independent Music Scene – where we – musos and audience and everyone in between – all make gigs/tours, recordings, releases happen for ourselves and work our arses off to keep it going for the rest of our lives – all for the love of Music!
Florelie Escano
It’s beards.
Nathaniel Beard, The Beards

Going to the river on sunny afternoons with the blow up dingys and resting your beers on lily pads.
The Frowning Clouds
Our scene is in the city of Bath, a small city with a very big musical identity, we play the British festivals and I am also in the ’choirs scene’. We are also in other bands for fun, music all the way, roll on summer!
Su Hart, Baka Beyond

Cool small bars with good food, good wine, good company
The Backsliders
Quirky cabaret bars that serve a mean G&T and boast a stellar cocktail list..which is why you’ll always find me returning to The Butterfly Club! I also love the buzz of a Fringe or Cabaret Festival, or a smart Opening Night. Any excuse for a dress up, really!
Amelia Ryan, Lady Liberty

I love being on a little boat near home in South West Victoria with a fishing line in the water, the Sun coming up or going down. I also love walking the streets of Melbourne or Manhattan or many of the beautiful towns and villages of Ireland or anywhere. My partner and my family are central to it all. I also love being in the midst of a great music session, anywhere, anytime, being transported into the soul of the Universe.
Shane Howard
Rock’n’Roll
About Heels on Decks

Well I’m still looking for my scene, and I think I might have found it. Between the pages of What’s My Scene Magazine.
Dave Faulkner, Hoodoo Gurus
Our scene is this big gorgeous wide world we live in all its majestic splendour!
Kim Salmon, The Darling Downs

I’m in with the Out-Crowd
Dave Warner
Tunes, mates, and honesty. No dickhead policy!
Buddha In A Chocolate Box
I don’t wish to belong to any scene that would have me as a member (with thanks to Groucho Marx).
Bob Spencer, Raw Brit

When I’m not working in the studio or doing shows I’m at home with my partner and our baby so I guess they are my scene.
Way of the Eagle
Staying home out of harms way.
Peter Milley, Cairo Club Orchestra