Over the course of their remarkable career, Alice In Chains have garnered multiple Grammy nominations, sold more than 30 million albums worldwide and amassed a diehard international fanbase whose members number in the millions. They remain one of the most successful and influential American rock bands of all time. Touring in support of recently released album ‘Rainer Fog’ which debuted at No. 1 on Billboard’s Rock, Alternative and Hard Music Charts and No. 1 on the iTunes Rock Album Chart. The album, which is the band’s first in five years, has been drawing rave reviews from fans and critics alike, with Kerrang! writing, “it’s prime Alice In Chains and the work of a band still managing to hit new peaks of their powers.”Uproxx wrote that the album “boasts undeniable energy and rhythm,” Loudwire praised the band for “still making music that holds up to their legacy” andQ Magazine lauded the quartet for “juggling power and poignancy like masters.” 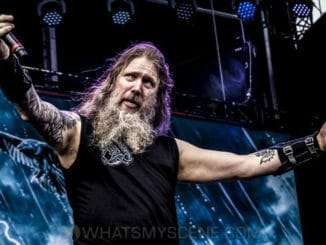 I like to think that I belong to the head-strong Independent Music Scene – where we – musos and audience and everyone in between – all make gigs/tours, recordings, releases happen for ourselves and work our arses off to keep it going for the rest of our lives – all for the love of Music!
Florelie Escano
We can be dirty, we can be imperfect, we can be classy, it doesn’t matter. We drift between scenes and eventually may just create our own.
The Ugly Kings

The car wash scene from Cool Hand Luke will do just fine thank you.
Old Gray Mule
Rock’n’Roll
About Heels on Decks

Leadfinger is a very strange band, hard to define, but we are free.
Stew, Leadfinger
Art is my scene. No labels, restrictions or judgement. I love art in all it’s varied glory.
The Last 5 Queers

Well I’m still looking for my scene, and I think I might have found it. Between the pages of What’s My Scene Magazine.
Dave Faulkner, Hoodoo Gurus
Fuck the Fucking Scene question! xo
Fuck The Fitzroy Doom Scene

I’m in with the Out-Crowd
Dave Warner
When I’m not working in the studio or doing shows I’m at home with my partner and our baby so I guess they are my scene.
Way of the Eagle
That’s a hard one, although I do love anything electronic with an indie-pop feel!
Franki