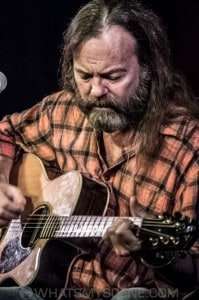 Kevin Welch is no stranger to this great, parched land. A singer songwriter born in Oklahoma who competed his ‘alt country’ apprenticeship in Nashville, you may just wonder what he sees in suburban Australia that keeps him coming back. His latest sojourn brought him to the Caravan Music Club in Melbourne with his son Dustin, himself a lauded ‘alt country’ music performer.

So here we have two of the most respected musicians in their field playing to a loyal Aussie crowd in a small to middling sized venue in a place noted for its spanakopita rather than its music. Did we enjoy it? You bet your sweet ‘patootie’ we did!

Aided and abetted (and even supported) by Melbourne’s own Dan Waters, The Welch Boys shared their brand of country with a generally older crowd, though there was much to enjoy for punters of all ‘legal’ ages. Typically the songs were about love and loss, patriotism and paternity, but many were lyrically quirky so you couldn’t at any time say that you’d heard it all before. 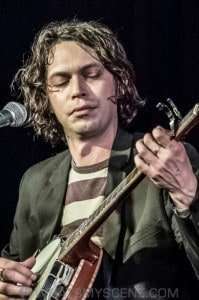 Justin Welch sang of his need to save a damsel in distress in the song ‘Cannonball Girl’, and Kevin hinted at one reason why he loves the Australian people in the song ‘Marysville’, about the ‘Black Saturday’ bushfires. Father and son performed songs about their home, about other performers, and about life.

We loved the adept guitar playing by Welch senior, and the plucky banjo sounds and heavier steel guitar rhythms conjured by Dustin.

Too often musicians of this calibre have the ego to match the talent, but this pair endeared themselves to us even further by revealing that they hold song-writing workshops back home in Texas. Dustin’s great love is writing songs with returned war veterans, and witnessing the healing that comes from music as a catharsis. This not only proves The Welch Boys are super entertainment, but also superlative human beings.

After shutting its doors at the end of 2017, Caravan Music Club is now reopening at a new location, in East Bentleigh. The long running venue hosted some of the best international and local acts […]

An incredible array of local and international talent will come together across two stages at the much loved caravan club and as the name of the festival suggests there will be truckloads of noise, excitement […]