Where do guitar names originate?  It’s generally known in guitar circles that the founder of the Australian guitar company Maton was Melbourne-born jazz musician, woodwork teacher and luthier Bill May, and that he came up with the name as a derivative of the words “May” and “Tone”.  What’s less well-known is the origin of the Alver brand that was used on a range of Maton student guitars between 1952 and 1971.  I had heard that Bill May’s wife Vera was the reason for the ‘ver’ part of the name, but was unsure of the origin of the ‘Al’.  Dr Google was unable to come up with an answer for me, so I asked Neville Kitchen, Maton Managing Director and Bill’s son-in-law.  Neville confirmed to me that Bill May came up with the Alver name as a combination of the names Alma (his brother’s wife) and Vera (his wife).

As my first guitar was an Alver I’ve maintained in interest in these guitars, and have collected a few over the years. I recently rediscovered the receipt for my first Alver – purchased by my father and myself at Allans in Melbourne in 1962. The guitar cost 21 pounds, 19 shillings and sixpence (approx. $44), which was a lot of money for a schoolboy in 1962. I had earned the money by pruning on the family vineyard after school and at weekends over the winter. I traded my first Alver to buy an electric guitar a few years later, but the guitar pictured is an identical model that I bought in Perth in the 1980s for around $120.  There’s no serial number – Alver guitars were made in batches of 30 and identified only by batch numbers (This one is from batch B88).  Although only a budget priced plywood guitar, the Alver was a well made and structurally sound instrument, and there are many surviving examples still in good repair.  Alma and Vera would be proud. 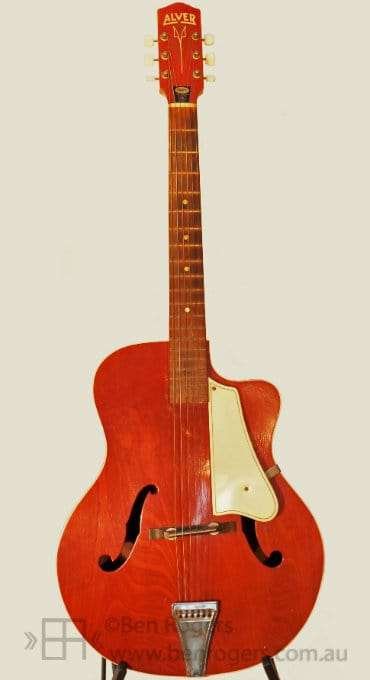 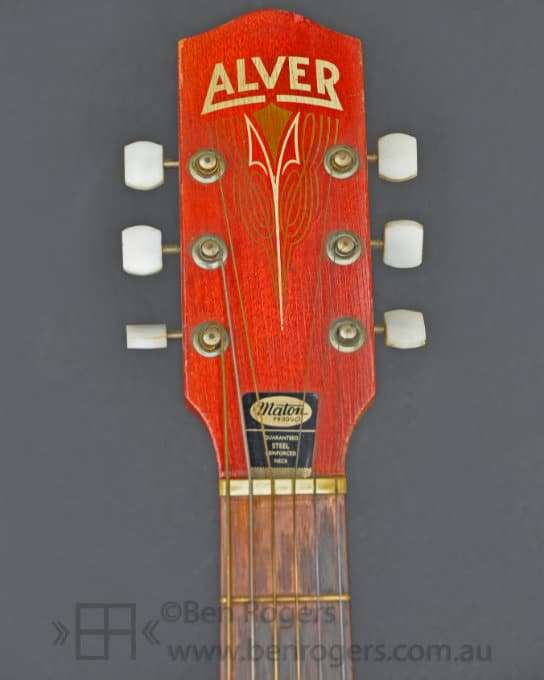 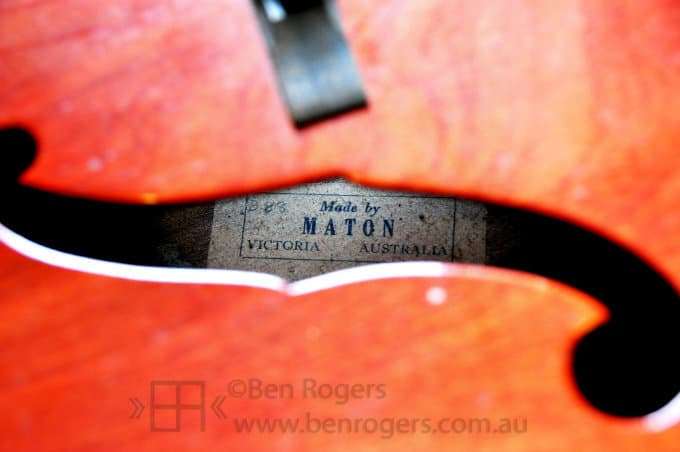 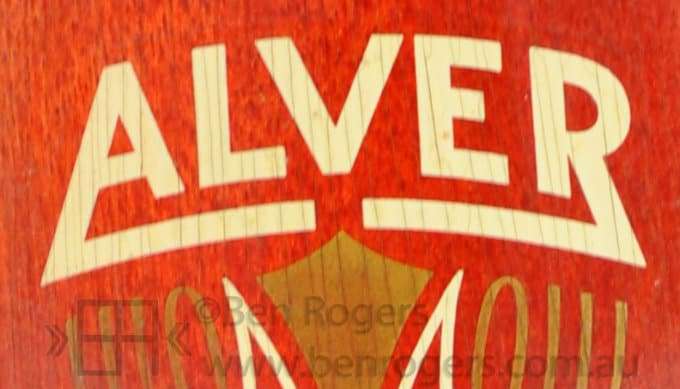 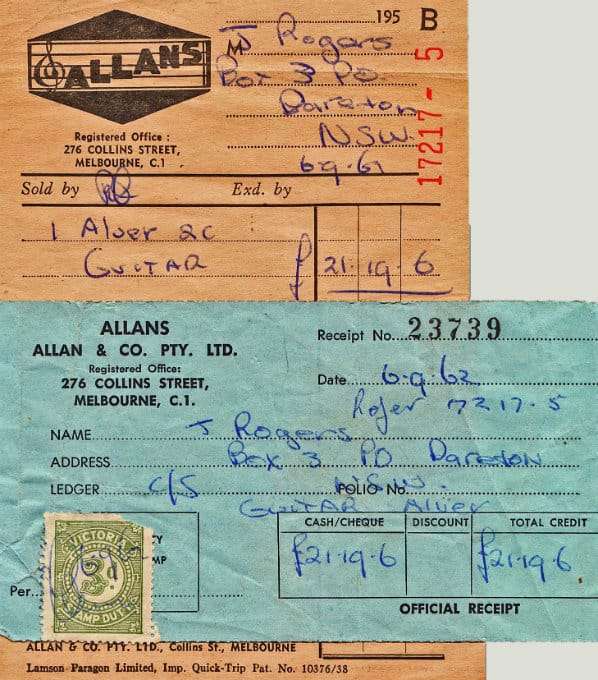 About Ben Rogers 18 Articles
Ben Rogers has played guitar for a long time, and has accumulated an odd assortment of guitars over the years. He plays around Melbourne with Instrumental Asylum – a surf/spy/guitar-noir group, and also with his gypsy-jazz combo The Ben Rogers Trio.
Contact: Website Facebook YouTube 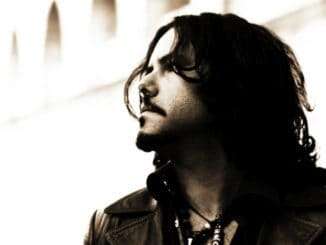 Cool small bars with good food, good wine, good company
The Backsliders
I don’t wish to belong to any scene that would have me as a member (with thanks to Groucho Marx).
Bob Spencer, Raw Brit

I’m in with the Out-Crowd
Dave Warner
I like to think that I belong to the head-strong Independent Music Scene – where we – musos and audience and everyone in between – all make gigs/tours, recordings, releases happen for ourselves and work our arses off to keep it going for the rest of our lives – all for the love of Music!
Florelie Escano
Our gigs have an air of danger and sex. Beautiful women are free to express themselves and are as dangerous as hell. Everybody can have a good time ’cos there’s a lot of love in the room and we just can’t help but stomp out that primeval swamp boogie ooze.
Chris Russell’s Chicken Walk

Currently its the Yarra River Trail I’m walking along. Generally my scene would be Melbourne. Nothing feels or compares to home.
Simon McConnell, The Delta Riggs
Sitting in the sun, in a nice chair, with a good book.
James Reyne

Tunes, mates, and honesty. No dickhead policy!
Buddha In A Chocolate Box
I like the beach more than anything. The beach feels like home all year round. In terms of a scene…I actually prefer to hermit most of the time.
Abbe May

I love being on a little boat near home in South West Victoria with a fishing line in the water, the Sun coming up or going down. I also love walking the streets of Melbourne or Manhattan or many of the beautiful towns and villages of Ireland or anywhere. My partner and my family are central to it all. I also love being in the midst of a great music session, anywhere, anytime, being transported into the soul of the Universe.
Shane Howard
Wherever there is music is where I feel most at home
Toby Robinson

Right now it’s a room with no lights on. An unmade bed. A laptop with 9% battery and a mosquito that just refuses to die.
Dave Larkin, Dallas Crane
Book clubs, philosophy and extreme black metal
Elsen Price