I bought this amp in Austin, TX in 2010 for $250. For real. And it was advertised at $300. 2 minutes after the ad was posted online, I called the guy and told him I was coming up to Austin from Lockhart specifically to look at that amp and I wanted first dibs even though it would take me 30-40 minuted to get to his house. He agreed. 35 minutes later I roll up out in front of his building in downtown Austin, and he’s not there. It was August, which is hell-hotness-humidity month in Texas, and I’m standing on the sunny side of the street waiting for this dude to either pick up his phone or arrive at his house. 15 minutes later he walks up. We go up to look at the amp, I plug in play two licks and say, “I’ll take it”. He says, “great”. I says, “I have $300 right here, but I’m only going to give you $250 because you made me wait in the sun for your ass for 15 minutes and it’s too hot for that shit” He swallows and says, “Uh, OK”. I hand over the cash, pick up the amp, and RUN LIKE HELL BEFORE HE CHANGES HIS MIND!!

It’s been my number one amp for all Stateside touring and recording ever since. I still have the original close-backed 4×10″ speaker cabinet for it, but it is a notoriously top heavy setup and very very easy to knock over. I haven’t toppled it yet, but I’ve caught it twice. So with that in mind, and with space at a premium in my 15 year old Nissan Xterra, I had a custom 2×10″ cabinet made for it so I could in effect “chop it in half”. Now it looks sharp, doesn’t fall over, has two alnico Jensen Jet Blackbird 10 speakers mounted, and sounds amazing. 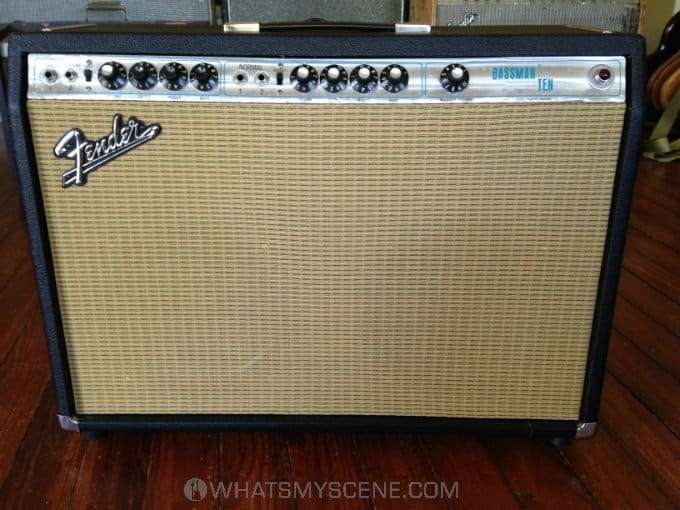 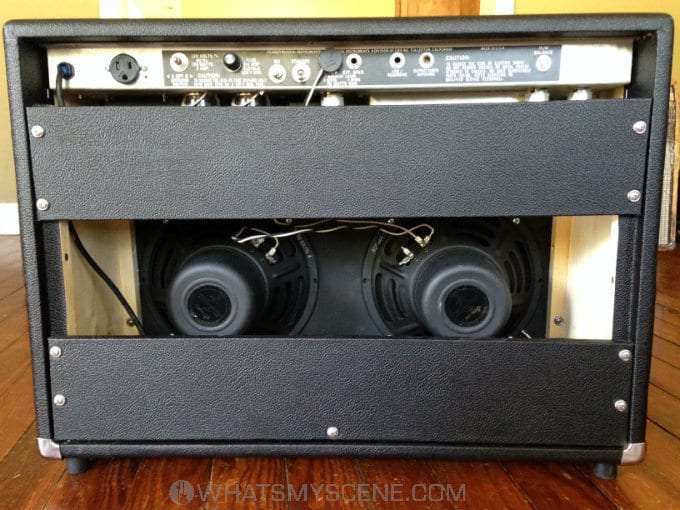 This amp came out of New Orleans and is a Katrina survivor. I’ve got a lot of sentiment tied to this amp. It belonged to a engineer/producer friend of mine who recently passed away. I […]

Jeff Martin’s scene is cooking. He says – I love cooking food here at our house. There’s a different part of the world being cooked in this kitchen every night. My scene is obviously consumed by my music, but the love of my wife and my children. […]

The car wash scene from Cool Hand Luke will do just fine thank you.
Old Gray Mule
Our scene is this big gorgeous wide world we live in all its majestic splendour!
Kim Salmon, The Darling Downs

I’m in with the Out-Crowd
Dave Warner
Scones, savory, sweet I don’t mind
The Wooden Sky

I like to think that I belong to the head-strong Independent Music Scene – where we – musos and audience and everyone in between – all make gigs/tours, recordings, releases happen for ourselves and work our arses off to keep it going for the rest of our lives – all for the love of Music!
Florelie Escano
I don’t wish to belong to any scene that would have me as a member (with thanks to Groucho Marx).
Bob Spencer, Raw Brit

Tunes, mates, and honesty. No dickhead policy!
Buddha In A Chocolate Box
All the kids who weren’t cool at school and still aren’t. Those people who didn’t manage to become awesome artists and uber hip performers. The raggy dolls who never found a way to make their raggy doll-ness work for them.
Jonathon Duffy

Currently its the Yarra River Trail I’m walking along. Generally my scene would be Melbourne. Nothing feels or compares to home.
Simon McConnell, The Delta Riggs
Obviously to create music. My family. I love driving my Ferraris.
Yngwie Malmsteen

Going to the river on sunny afternoons with the blow up dingys and resting your beers on lily pads.
The Frowning Clouds
That’s a hard one, although I do love anything electronic with an indie-pop feel!
Franki

I love being on a little boat near home in South West Victoria with a fishing line in the water, the Sun coming up or going down. I also love walking the streets of Melbourne or Manhattan or many of the beautiful towns and villages of Ireland or anywhere. My partner and my family are central to it all. I also love being in the midst of a great music session, anywhere, anytime, being transported into the soul of the Universe.
Shane Howard
Aside from music and everything creative, I love open-mind people, unexpected humour, seeing the world and nature, riding my bicycle, playing billiards. I’m also a fan of coffee, whiskey and most things vintage.
Jessica Stuart Few

Leadfinger is a very strange band, hard to define, but we are free.
Stew, Leadfinger
When I’m not working in the studio or doing shows I’m at home with my partner and our baby so I guess they are my scene.
Way of the Eagle