This amp came out of New Orleans and is a Katrina survivor. I’ve got a lot of sentiment tied to this amp. It belonged to a engineer/producer friend of mine who recently passed away. I asked him a couple years back if he’d ever sell it and he laughingly said, “You can have it when I’m dead”.

Unfortunately, he died and now I have the amp. We’d recorded two albums with him, and I used his amp as part of my sound. It’s 22 watts of awesome Fender clean tones and when you jumper the channels and crank it, it sounds like Let It Bleed-era Keith Richards. It has a big ol’ square magnet Eminence 12″ speaker in it at the moment, but I’m thinking about tracking down a mid-70’s Utah to put in as well as modding the tubes slightly to keep it cleaner at louder volumes. Really really really dig this amp. 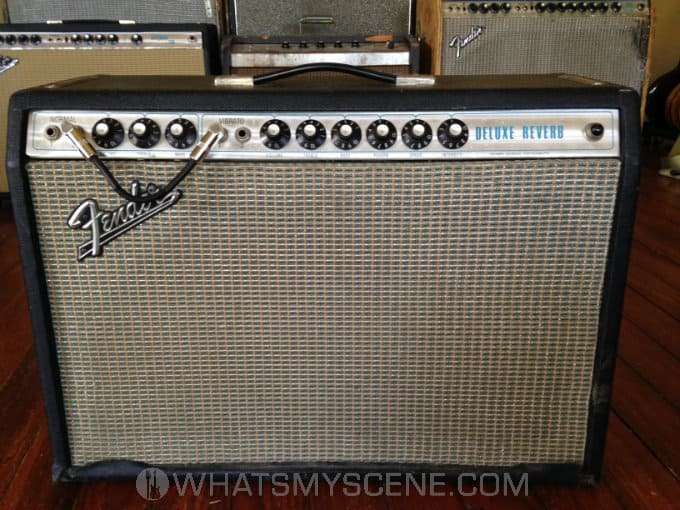 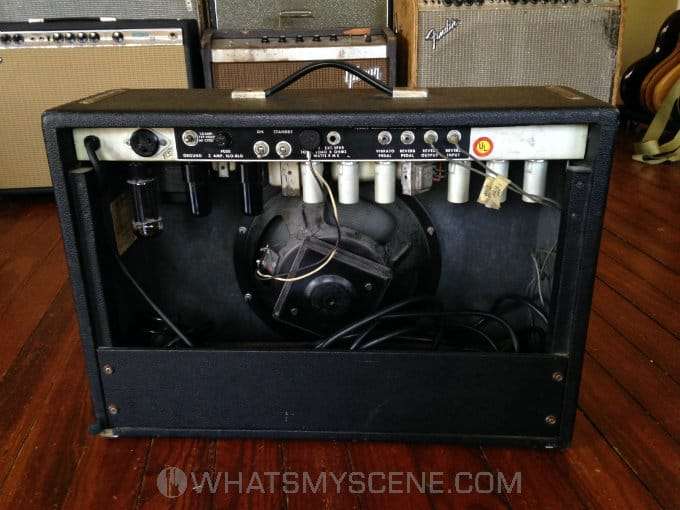 The guitar came from Norms Rare Guitars in Los Angeles. I was in the U.S for a few weeks and didn’t take a guitar with me, so I thought I’d call by Norm’s and see what they had. […]

1954 Gibson ES125 (Factory order No. X8670-9) I walked into Jackson’s Rare Guitars in Sydney and said “I need a cheap guitar to play through a battery power amp for some ‘acoustic’ jazzy gigs I […]

Tegan Voltaire, The Voltaire Twins
Our scene is this big gorgeous wide world we live in all its majestic splendour!
Kim Salmon, The Darling Downs
Currently its the Yarra River Trail I’m walking along. Generally my scene would be Melbourne. Nothing feels or compares to home.
Simon McConnell, The Delta Riggs
Experimental electronica, musical metacreation, multiplicitous media, hacking.
Ollie Brown
I love being on a little boat near home in South West Victoria with a fishing line in the water, the Sun coming up or going down. I also love walking the streets of Melbourne or Manhattan or many of the beautiful towns and villages of Ireland or anywhere. My partner and my family are central to it all. I also love being in the midst of a great music session, anywhere, anytime, being transported into the soul of the Universe.
Shane Howard
Currently, I’m completely enveloped by writing my book; trying to complete the manuscript for my tome.
Jeff Duff
What’s my scene? well…
And another thing I’ve been wondering lately
Oh, baby,
Tell me where have you been?
Now the stage is set
Where’s my Juliet, baby?
Is it maybe
My Midsummer Night’s Dream?
What’s my scene?
Clowns
The dog park’s pretty good. I have a couple of miniature pinchers. And they’re the loves of my life. I take them for walks to the dog park; I’ve got a Harley Davidson I ride around. It’s not too exciting. It used to be sex, drugs and rock n roll; now I walk my dogs.
Stan Lee, The Dickies
Alice likes the Google. Sime likes taxidermy. It’s a pretty happening scene.
Sweet Jean
Going to the river on sunny afternoons with the blow up dingys and resting your beers on lily pads.
The Frowning Clouds
Tunes, mates, and honesty. No dickhead policy!
Buddha In A Chocolate Box
Right now it’s a room with no lights on. An unmade bed. A laptop with 9% battery and a mosquito that just refuses to die.
Dave Larkin, Dallas Crane
Flanelette pyjama pants.
Timberwolf
Rock’n’Roll
About Heels on Decks
I like the beach more than anything. The beach feels like home all year round. In terms of a scene…I actually prefer to hermit most of the time.
Abbe May
Cool small bars with good food, good wine, good company
The Backsliders
Country roots, old time, bluegrass, folk, Americana scene Traditional plus :)
Whitetop Mountaineers
Ep. 1 Series 3 of BBC’s ’Sherlock’ where Sherlock bungee jumps through a window and kisses Molly Hooper.
Miss Adelaide Everheart from Early Burley Burlesque
The car wash scene from Cool Hand Luke will do just fine thank you.
Old Gray Mule
Our scene is folk that are interested in change. Not just music, but breaking the norm, the boundaries and stereotype of Australian ’rock/pop’ music. Unpredictable, the question marks, the new jokers in town. Don’t Believe The Haze.
Slumberhaze
Staying home out of harms way.
Peter Milley, Cairo Club Orchestra
Our gigs have an air of danger and sex. Beautiful women are free to express themselves and are as dangerous as hell. Everybody can have a good time ’cos there’s a lot of love in the room and we just can’t help but stomp out that primeval swamp boogie ooze.
Chris Russell’s Chicken Walk
Cool venues with good beer on tap that don’t mind us getting loud and getting room grooving so hard you feel the floor shaking.
Papa G and The Starcats
Well I’m still looking for my scene, and I think I might have found it. Between the pages of What’s My Scene Magazine.
Dave Faulkner, Hoodoo Gurus
Act III, Scene VI of King Lear. A tense and gripping scene wherein the ageing king informs his three daughters that they have all been accepted as contestants on Family Feud.
Ben Pobjie, comedian
Quirky cabaret bars that serve a mean G&T and boast a stellar cocktail list..which is why you’ll always find me returning to The Butterfly Club! I also love the buzz of a Fringe or Cabaret Festival, or a smart Opening Night. Any excuse for a dress up, really!
Amelia Ryan, Lady Liberty
All of the above and more in my shed every Friday night
Hound
No set scene. We have played with a variety of bands from King Parrot to The Datsuns. Offer us a show and give us a try!
Los Hombres Del Diablo
We can be dirty, we can be imperfect, we can be classy, it doesn’t matter. We drift between scenes and eventually may just create our own.
The Ugly Kings