With Mark Opitz at the helm, the Casanovas have recorded their best album yet. “Reptilian Overlord”, which will be released August 26, blends layers of old with layers of new. It rocks hard, and it sounds fucking great. The new single “Lost And Lonely Dreams” is one of the more reflective songs on the album, but those twin lead guitars will warm the hearts of all rockers, young and old, proving once again that, when it comes to reimagining ‘70s styled, blues-based hard rock, these guys really are what the doctor ordered.

“Lost And Lonely Dreams” follows the previous single “Red Hot”, which the group launched with a killer live-streamed set from Melbourne venue Musicland. The lyric video for the song was premiered on popular Brazilian rock site KZG. 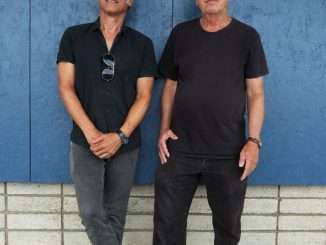 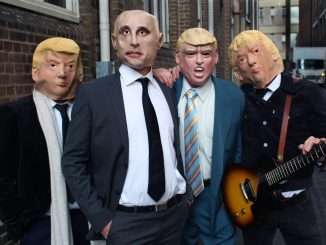 Snap Scene: Flashback Friday: The opening of ACDC Lane in 2004

I love being on a little boat near home in South West Victoria with a fishing line in the water, the Sun coming up or going down. I also love walking the streets of Melbourne or Manhattan or many of the beautiful towns and villages of Ireland or anywhere. My partner and my family are central to it all. I also love being in the midst of a great music session, anywhere, anytime, being transported into the soul of the Universe.
Shane Howard
Scones, savory, sweet I don’t mind
The Wooden Sky

Going to the river on sunny afternoons with the blow up dingys and resting your beers on lily pads.
The Frowning Clouds
Quirky cabaret bars that serve a mean G&T and boast a stellar cocktail list..which is why you’ll always find me returning to The Butterfly Club! I also love the buzz of a Fringe or Cabaret Festival, or a smart Opening Night. Any excuse for a dress up, really!
Amelia Ryan, Lady Liberty

Flanelette pyjama pants.
Timberwolf
When I’m not working in the studio or doing shows I’m at home with my partner and our baby so I guess they are my scene.
Way of the Eagle
I am a simple man. My scene is simple. I like playing metal and spending time with my family.
Waclaw ”Vogg” Kieltyka, Decapitated

Tunes, mates, and honesty. No dickhead policy!
Buddha In A Chocolate Box
The car wash scene from Cool Hand Luke will do just fine thank you.
Old Gray Mule
Well I’m still looking for my scene, and I think I might have found it. Between the pages of What’s My Scene Magazine.
Dave Faulkner, Hoodoo Gurus
Cool small bars with good food, good wine, good company
The Backsliders
We can be dirty, we can be imperfect, we can be classy, it doesn’t matter. We drift between scenes and eventually may just create our own.
The Ugly Kings

Right now it’s a room with no lights on. An unmade bed. A laptop with 9% battery and a mosquito that just refuses to die.
Dave Larkin, Dallas Crane
I’m in with the Out-Crowd
Dave Warner
I like to be out in the nature, to get away. Go to the woods. My dad lives in the woods. Maybe once or twice a year I don’t have phone reception there is no Wi-Fi
Fredrik Åkesson, Opeth