Paul Reid, aka DRAPHT, chats to Mary Boukouvalas of What’s My Scene magazine about his latest album “SHADOW and SHININGS”.

Paul discusses his influences and his collaborations with Pressure, Eli Greeneyes, and more.

Though a cohesive album, each track also stands on its own, and Paul graciously did a Track by Track breakdown of the album.

If you’re lucky enough to live in Western Australia atm, make sure you catch his tour.

Worldwide – grab a copy of this album. 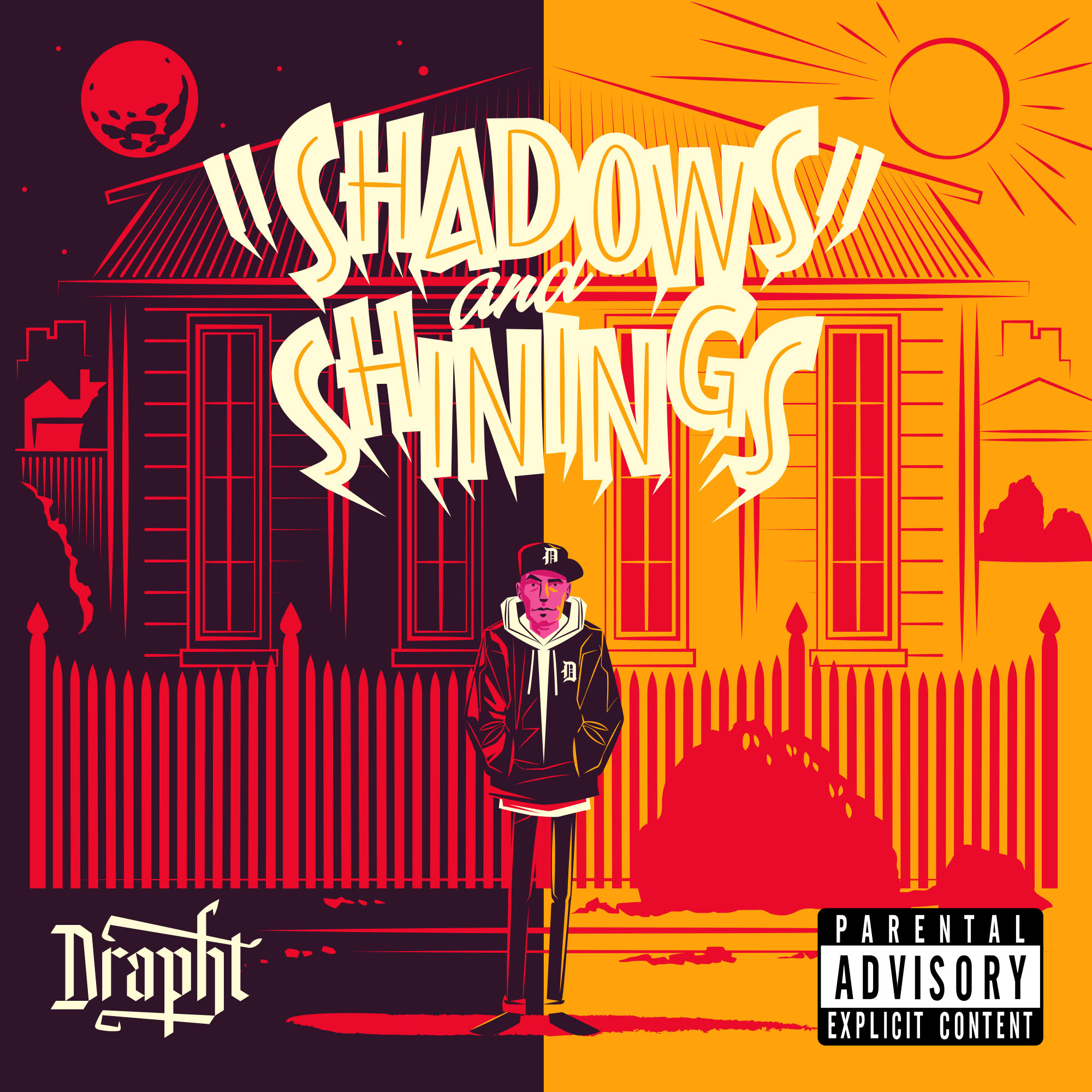 The new album Shadows and Shinings is a step into new territory for Drapht, but that’s no surprise – Drapht has proven album after album that he will always challenge himself as an artist and push the genre of Aussie hiphop in exciting directions with every release.  Shadows and Shinings is a 15-track adventure through the human psyche, contemplative and deep, but still full to bursting with addictive beats and clever production.

Finished during the lockdowns of 2020, Drapht explains the process behind the album, “This album to me has been one big purge and a reset for the most part.  It kind of feels like it’s meant to be slotted in just after my 2011 release The Life of Riley.  Some song ideas had been following me around for 8 or 9 years, with others only being a few months.  For the most part I owe finishing it to the isolation period in 2020.  I had a lot of time to reflect on the identity and the relationships that came with making music.  I found a lot of peace in letting go, going back to what I knew worked and concentrating on the people who truly matter… I worked with a heap of killer guests and friends on this project. There’s a lot of cathartic venting within the subject matter, but in all, it was the easiest and most enjoyable album I have made to date. I truly believe this is my best stuff.”

Drapht is a national treasure at this point, with platinum records, multi-platinum and gold singles and two ARIA awards under his belt.  Shadows and Shinings is a stellar addition to his discography and will further prove his complete legend status, not just in the world of Aussie hiphop, but across the entire Australian music industry.  Luckily, fans in Western Australia will have the chance to see Drapht live on his tour in September – giving fans a taste of what to expect, Drapht says, “You can expect your old mate, backed by a high energy, six-piece live band of friends, and we’ll be playing 15 years worth of bangers.”

Shadows and Shinings is out today September 10 – grab it here now. 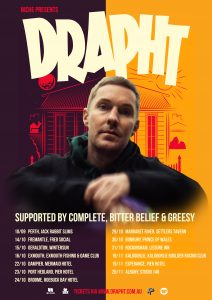 Bank of Melbourne announced the 4 finalists of the Melbourne Music Bank competition as voted by Victoria’s music-loving public: Anna Oliphant Wright, Birdhouse, Bloom and Tempus Sun. They’ll all perform in front of an expert panel at the finale on 25 October, […]

Tegan Voltaire, The Voltaire Twins
When I’m not working in the studio or doing shows I’m at home with my partner and our baby so I guess they are my scene.
Way of the Eagle
Sitting in the sun, in a nice chair, with a good book.
James Reyne
I don’t wish to belong to any scene that would have me as a member (with thanks to Groucho Marx).
Bob Spencer, Raw Brit
All the kids who weren’t cool at school and still aren’t. Those people who didn’t manage to become awesome artists and uber hip performers. The raggy dolls who never found a way to make their raggy doll-ness work for them.
Jonathon Duffy
Any scene with Al Swearangen & Mr. Wu from the show Deadwood ;)
Mathas
I like to be out in the nature, to get away. Go to the woods. My dad lives in the woods. Maybe once or twice a year I don’t have phone reception there is no Wi-Fi
Fredrik Åkesson, Opeth
The dog park’s pretty good. I have a couple of miniature pinchers. And they’re the loves of my life. I take them for walks to the dog park; I’ve got a Harley Davidson I ride around. It’s not too exciting. It used to be sex, drugs and rock n roll; now I walk my dogs.
Stan Lee, The Dickies
Obviously to create music. My family. I love driving my Ferraris.
Yngwie Malmsteen
Wherever there is music is where I feel most at home
Toby Robinson
No set scene. We have played with a variety of bands from King Parrot to The Datsuns. Offer us a show and give us a try!
Los Hombres Del Diablo
If you’re a Max Chillington then you’re our scene.
Gunslingers
Yass KFC
Simon, Loon Lake
I like the beach more than anything. The beach feels like home all year round. In terms of a scene…I actually prefer to hermit most of the time.
Abbe May
Our scene is folk that are interested in change. Not just music, but breaking the norm, the boundaries and stereotype of Australian ’rock/pop’ music. Unpredictable, the question marks, the new jokers in town. Don’t Believe The Haze.
Slumberhaze
Art is my scene. No labels, restrictions or judgement. I love art in all it’s varied glory.
The Last 5 Queers
Bed. Pringles. Whisky. Attenborough doco. Wham.
Marlon Williams
Ep. 1 Series 3 of BBC’s ’Sherlock’ where Sherlock bungee jumps through a window and kisses Molly Hooper.
Miss Adelaide Everheart from Early Burley Burlesque
It’s a delirium, really, but I like to live like this.
Hugo Race