Chris Jericho‘s scene is harmoniously balanced. The singer of heavy rock band FOZZY states: “On tour, I just sit in the dressing room after the show, having a couple of drinks, listening to music with the guys. At home, I just hang out with my family. That’s my scene at home. That’s the balance for me. When you do the job that I do, that’s kind of the non-stop party, and that doesn’t mean drinking, that means that you’re always doing something exciting, and fun, and adventurous. So when I’m at home, I just kind of chill out and relax.”

Jericho, also known as one of the greatest professional wrestlers of all time, came into being with FOZZY when it was founded from a (super) group of friends in 1999 who played under the name of Fozzy Osbourne. Shortening the name “didn’t mean much” but, as most fans know, “it’s great to chant”. The group are now on to their seventh album, JUDAS, which has a few surprises for die-hard fans. Jericho states: “Well I always base my lyrics around song titles. If I saw an interesting song title, something that kind of peaked my interest, and kind of construct a song around that, like Do You Want to Start a War, or Sandpaper, or Spider in My Mouth, or anything like that. You know, Brides of Fire, it’s all just based on imagery and visions, and that sort of a thing. But then for the JUDAS record, I actually didn’t write a lot of the lyrics. They were written by Johnny Andrews who produced the record, and we kind of decided that we were going to have him kind of take over, and be the boss. Which was great, because in the past Rich Ward and I did all the writing, and we had been kind of the bosses of everything. And now to have Johnny Andrews come in, and be kind of the voice of reason; it really helped the project. [pullquote]People have been behind us for a while. We’ve had a great fan base, for a lot of years. JUDAS is the one that kind of took us to the next level.[/pullquote]We got to the point where we didn’t really care who wrote the lyrics, or who wrote the riff, or who wrote the song. The most important thing was the song. What’s best for the song itself, and that’s what it kind of all boiled down to, and here we are with the biggest record of our career – three top twenty singles, two top tens. So we did something right, and we’re going to continue to do it that way.”

Following their most successful US & UK tours EVER, FOZZY is bringing the Judas Rising Tour to Australia for their first headline run since 2010 & their first Aussie appearance since 2013! Armed with two top 10 US Active Rock hits off their monster record ‘Judas’, the band is ready to turn the country into Fozztralia once again this November and for the first time ever New Zealand!

The band is firing on all cylinders with Rich Ward, one of the most versatile, underrated riffers in rock n roll and Chris Jericho, who’s vocal range and passion for music makes one wonder just how he is able to excel in pretty much everything he does, destroying stages worldwide. Throw in the powerhouse rock solid drumming of Frank Fontsere, the blazing leads of Billy Grey and the genius & energy of returning bassist Paul DiLeo and it’s no surprise that FOZZY has skyrocketed into becoming one of the hottest rock acts in years.

The band inched up the ladder after releasing four progressively popular studio albums. However, it was 2012’s Sin & Bones, that found the band reaching a level of success that drew a mass audience to drink in their trademark heavy melodic groove. But it was their next album, Do You Wanna Start A War released in 2014 that really blew the door open, debuting at #54 on Billboard and giving the band their first top 30 single in “Lights Go Out”.

But as much success the band had enjoyed, nothing compared to the juggernaut single known as “Judas”, lifted off the album of the same name. The song spent 5 WEEKS at NUMBER ONE on the highly influential ‘Big Uns Countdown’ on Sirius/XM’s Octane channel, amassed over 20 MILLION views for its video on YouTube and stormed into the TOP 10 on the US Rock Radio Charts, where it was joined by the second single “Painless”. FOZZY is back on the road on their wildly successful Judas Rising Tour and now it’s Australia’s turn. FOZZY is coming back to bring the high energy, can’t miss rock show that that is their trademark, down under! It’s the perfect time to remind the world that not only is Judas Rising, but so is FOZZY! 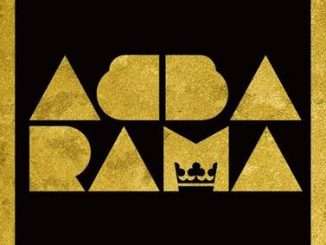