This not-to-be-missed performance will take place at the Croxton Bandroom on Sunday 19 November.

It will be the first Melbourne show after the ensemble debuts at Strawberry Fields Festival, performing the band’s classic hits as well as brand new material, all with an electronic twist!

Young Yolngu artist Yirrmal, is the son of Witiyana, while Bush is the larger-than-life, burlesque performing alter-ego of celebrated Indigenous artist and performer Kamahi Djordon King.

Rounding out the line-up is new vocalist and Yunupingu clan member Yirrnga, also joined by keyboard player and saxophonist Ania Reynolds and Megan Bernard on guitar, with both also on vocals.

Meanwhile a planned remix album to be released on Bloodlines in early 2018 is taking shape from the Yothu Yindi archive with some rarely sighted international remixes of Yothu Yindi hit songs including William Orbit, K Klass and Dario G remixes of ‘Treaty’

the David Burnham remix of ‘Djapana’

and the Angelique Cooper remix of ‘World Turning’ 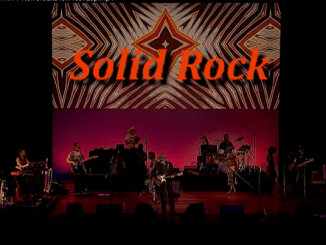 Right now it’s a room with no lights on. An unmade bed. A laptop with 9% battery and a mosquito that just refuses to die.
Dave Larkin, Dallas Crane
Rock’n’Roll
About Heels on Decks

I like to think that I belong to the head-strong Independent Music Scene – where we – musos and audience and everyone in between – all make gigs/tours, recordings, releases happen for ourselves and work our arses off to keep it going for the rest of our lives – all for the love of Music!
Florelie Escano
If you’re a Max Chillington then you’re our scene.
Gunslingers

When I’m not working in the studio or doing shows I’m at home with my partner and our baby so I guess they are my scene.
Way of the Eagle
Leadfinger is a very strange band, hard to define, but we are free.
Stew, Leadfinger
All the wandering. The bastards and the angels. The sound of the rain and the pains of the heart. The silence. All the houses and all the rooms. All the keys and phones.
Raised By Eagles

Act III, Scene VI of King Lear. A tense and gripping scene wherein the ageing king informs his three daughters that they have all been accepted as contestants on Family Feud.
Ben Pobjie, comedian
Cool venues with good beer on tap that don’t mind us getting loud and getting room grooving so hard you feel the floor shaking.
Papa G and The Starcats

Tunes, mates, and honesty. No dickhead policy!
Buddha In A Chocolate Box
I love being on a little boat near home in South West Victoria with a fishing line in the water, the Sun coming up or going down. I also love walking the streets of Melbourne or Manhattan or many of the beautiful towns and villages of Ireland or anywhere. My partner and my family are central to it all. I also love being in the midst of a great music session, anywhere, anytime, being transported into the soul of the Universe.
Shane Howard
Currently, I’m completely enveloped by writing my book; trying to complete the manuscript for my tome.
Jeff Duff