Emerging from the South East corner of Queensland comes Whoa! Meeting at Griffith University on the Gold Coast only last year, this quintet consists of a diverse mix of musicians, all who have incredible talent, energy and stage presence that has gained them a fierce reputation around their hometown. With only four shows under their belt, the band have supported Sydney band Planet, The Vanns and played the Ozfest After Party (Ball Park Music, British India). [pullquote]”Colourful, rowdy and with zero fucks given, Whoa! are the fresh new face of Aussie pop rock and Stay The Night is a testament to this. Pulsing with energy and some seriously catchy hooks…” HAPPY[/pullquote] They then announced their debut headline show, and over 300 paying ticket holders were drooling over Whoa!’s ever unpredictable live set, almost selling out Miami Shark Bar, and cementing the band’s reputation as one of the Gold Coast’s most formidable live bands. With their debut single “Stay The Night” set for release today, Whoa! are set to make huge waves in 2017.


‘Stay The Night’ is released independently on Friday 30th June 2017. 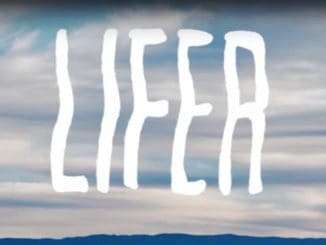 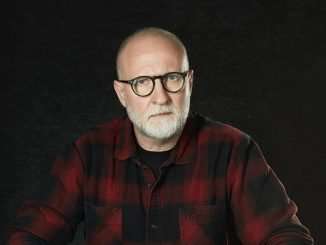 Right now it’s a room with no lights on. An unmade bed. A laptop with 9% battery and a mosquito that just refuses to die.
Dave Larkin, Dallas Crane
Tunes, mates, and honesty. No dickhead policy!
Buddha In A Chocolate Box
Rock’n’Roll
About Heels on Decks

I love being on a little boat near home in South West Victoria with a fishing line in the water, the Sun coming up or going down. I also love walking the streets of Melbourne or Manhattan or many of the beautiful towns and villages of Ireland or anywhere. My partner and my family are central to it all. I also love being in the midst of a great music session, anywhere, anytime, being transported into the soul of the Universe.
Shane Howard
Aside from music and everything creative, I love open-mind people, unexpected humour, seeing the world and nature, riding my bicycle, playing billiards. I’m also a fan of coffee, whiskey and most things vintage.
Jessica Stuart Few

Cool small bars with good food, good wine, good company
The Backsliders
When I’m not working in the studio or doing shows I’m at home with my partner and our baby so I guess they are my scene.
Way of the Eagle
Book clubs, philosophy and extreme black metal
Elsen Price

I’m in with the Out-Crowd
Dave Warner
Act III, Scene VI of King Lear. A tense and gripping scene wherein the ageing king informs his three daughters that they have all been accepted as contestants on Family Feud.
Ben Pobjie, comedian
Currently its the Yarra River Trail I’m walking along. Generally my scene would be Melbourne. Nothing feels or compares to home.
Simon McConnell, The Delta Riggs
If you’re a Max Chillington then you’re our scene.
Gunslingers

The car wash scene from Cool Hand Luke will do just fine thank you.
Old Gray Mule
Anywhere there is good company, great conversation, and a glass of red.
Helen Perris

Going to the river on sunny afternoons with the blow up dingys and resting your beers on lily pads.
The Frowning Clouds
Leadfinger is a very strange band, hard to define, but we are free.
Stew, Leadfinger
I like to think that I belong to the head-strong Independent Music Scene – where we – musos and audience and everyone in between – all make gigs/tours, recordings, releases happen for ourselves and work our arses off to keep it going for the rest of our lives – all for the love of Music!
Florelie Escano
I will continue the continuum, singing my Songline.
Kutcha Edwards