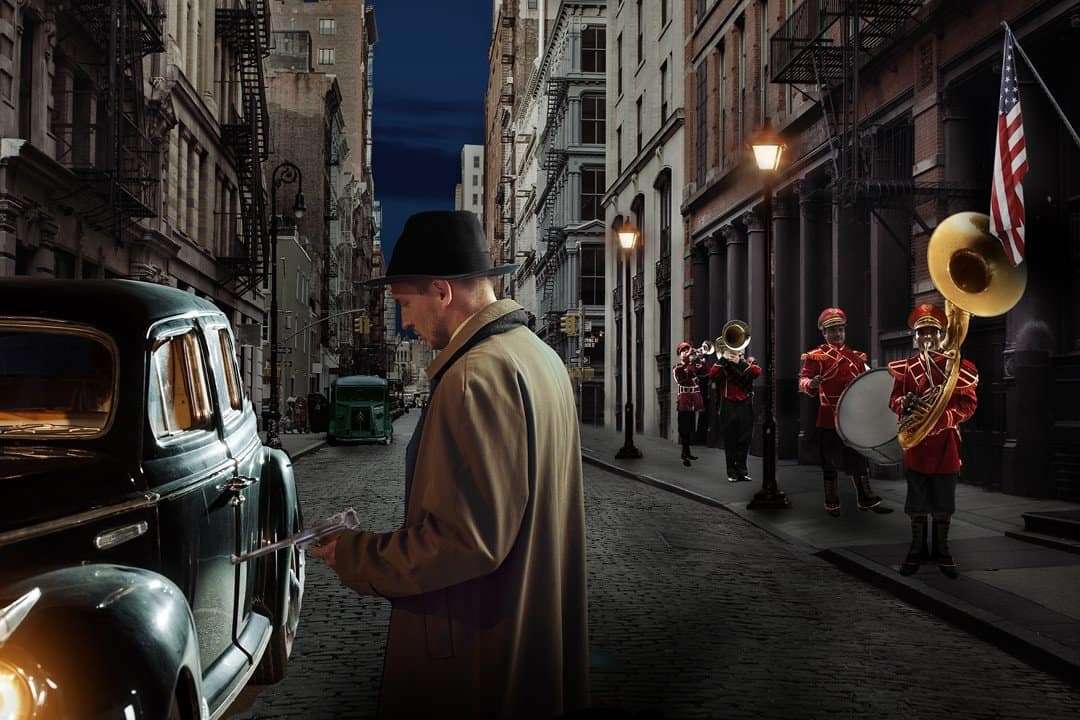 ‘A musical that needs no recommendation other than itself. It charms, it giggles and it moves.’ –

Premiering a year after their landmark hit The Threepenny Opera, Happy End transports us to Chicago in 1911 and tells the unlikely love story of gangster Bill Cracker and Salvation Army Lieutenant Lillian Holiday. While exploring crime, salvation and uncommon alliances in free economies, Weill’s genius and captivating jazz style is on full display with the musical boasting some of his most iconic songs – ‘Surabaya Johnny’ and ‘The Bilbao Song’.

On Happy End, Victorian Opera’s Artistic Director Richard Mills notes: ‘Brecht, Weill and Hauptmann’s fable of the unlikely alliance of the dispossessed from the gangsters of Chicago and the Salvation Army speaks anew to our contemporary world. The gritty realities of hard times are leavened with sardonic wit and wonderful songs.’

Runtime: 2 hours, plus one interval

Tickets from $39
Bookings via www.victorianopera.com.au

Tell us a little bit about appearing on the original “GO!! SHOW”. I never appeared on The Go Show as I was still in Adelaide. Uptight in Oct ’68 was my 1st TV appearance . […]

VICTORIAN OPERA ANNOUNCES NEW CAST MEMBERS FOR THE WHO’S TOMMY A year after it was originally scheduled, Victorian Opera is finally set to present the Australian premiere of five-time Tony Award-winning musical The Who’s Tommy. […]

My scene is driving fast cars and shooting guns.
Ace Frehley
Act III, Scene VI of King Lear. A tense and gripping scene wherein the ageing king informs his three daughters that they have all been accepted as contestants on Family Feud.
Ben Pobjie, comedian
I don’t wish to belong to any scene that would have me as a member (with thanks to Groucho Marx).
Bob Spencer, Raw Brit

When I’m not working in the studio or doing shows I’m at home with my partner and our baby so I guess they are my scene.
Way of the Eagle
It’s Thonbury. It’s my dreaming. I’ve lived here 30 years and it’s evolved with me. The more I drink wine, the more wine bars appear in the neighbourhood. The more I eat, the more cafes appear in the neighbourhood. Fantastic.
Denise Scott, Comedian

I like to think that I belong to the head-strong Independent Music Scene – where we – musos and audience and everyone in between – all make gigs/tours, recordings, releases happen for ourselves and work our arses off to keep it going for the rest of our lives – all for the love of Music!
Florelie Escano
Well I’m still looking for my scene, and I think I might have found it. Between the pages of What’s My Scene Magazine.
Dave Faulkner, Hoodoo Gurus
Yass KFC
Simon, Loon Lake

The car wash scene from Cool Hand Luke will do just fine thank you.
Old Gray Mule
All the kids who weren’t cool at school and still aren’t. Those people who didn’t manage to become awesome artists and uber hip performers. The raggy dolls who never found a way to make their raggy doll-ness work for them.
Jonathon Duffy

Cool small bars with good food, good wine, good company
The Backsliders
My scene is Brunswick. I love it. It provides me with just about everything I need.
About Charlie Marshall

Flanelette pyjama pants.
Timberwolf
Leadfinger is a very strange band, hard to define, but we are free.
Stew, Leadfinger
I just do my best to live a life full of the things I love. Rock’n’roll, photography, New York City – they are three things right there that I love a lot!
Paul Miles

Going to the river on sunny afternoons with the blow up dingys and resting your beers on lily pads.
The Frowning Clouds
Art is my scene. No labels, restrictions or judgement. I love art in all it’s varied glory.
The Last 5 Queers