Barrelling out of the illustrious rock n’ roll crucible of Sydney’s Northern Beaches, Tshitaki are an unrelenting assault of choppy guitars offering up a groundswell of in your face, turbo charged surf rock n’ roll.

Keeping it to the bare essentials as a three piece, Tshitaki distil fuzz guitars over a tightly wound rhythm section creating a searing assault on your more genteel senses, divining their own unique brand of musical alchemy with their debut eponymous mini-album.

With the spirit of DIY infusing the recording and production of their highly anticipated sophomore album, World Keeps Turning, the band jacked up excitement levels with the release of the first taster from the LP, single ‘Surfing In The Sink’. Recalling the buzzsaw sound of the Pixies, Husker Du and Dinosaur Jr, it also demonstrates a keen ear for achingly sweet melody in frontman and guitarist’s Nik Philpott’s increasingly accomplished songwriting chops. Not to be outdone by their erstwhile singer and guitarist, Paul Mullins on bass stepped up with his first solo songwriting contribution in ‘Lean On Love’, a cornucopia of  explosive riffs held down by drummer Paul Noakes’ frenetic tub thumping.

World Keeps Turning moves beyond the band’s surf punk roots, with lyrics casting their eye thematically over the effects of human interaction with the planet’s fragile ecology, from the horror of surfing in polluted waves to passing scathing comment on the repulsive world of big game trophy hunting amongst a litany of pithy observations on the less than satisfactory state of the world.

Keeping its carbon print to a minimum, World Keeps Turning will be available on all major streaming and downloading platforms, as well as a super limited release of 200 individually numbered vinyl pressings.

For more information and  to grab the new release, head to: tshitaki.bandcamp.com/releases 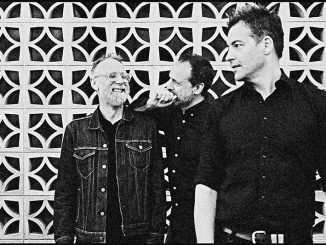 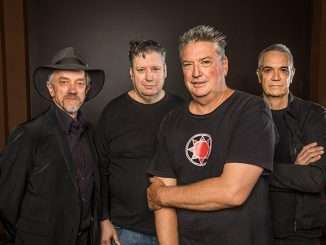 Flanelette pyjama pants.
Timberwolf
Act III, Scene VI of King Lear. A tense and gripping scene wherein the ageing king informs his three daughters that they have all been accepted as contestants on Family Feud.
Ben Pobjie, comedian
It’s a delirium, really, but I like to live like this.
Hugo Race

Currently its the Yarra River Trail I’m walking along. Generally my scene would be Melbourne. Nothing feels or compares to home.
Simon McConnell, The Delta Riggs
Right now it’s a room with no lights on. An unmade bed. A laptop with 9% battery and a mosquito that just refuses to die.
Dave Larkin, Dallas Crane
Staying home out of harms way.
Peter Milley, Cairo Club Orchestra

My scene is driving fast cars and shooting guns.
Ace Frehley
Well I’m still looking for my scene, and I think I might have found it. Between the pages of What’s My Scene Magazine.
Dave Faulkner, Hoodoo Gurus
The Astor Theatre on chapel st. Old cinema with copious amounts of atmosphere playing classic films (Chaplin, Gene Kelly, Kubrick, etc) and me with a honeycomb choc top spilt on my Tshirt because that’s just how I roll.
Jude Perl, Comedian

I’m in with the Out-Crowd
Dave Warner
Our scene is this big gorgeous wide world we live in all its majestic splendour!
Kim Salmon, The Darling Downs

Going to the river on sunny afternoons with the blow up dingys and resting your beers on lily pads.
The Frowning Clouds
The dog park’s pretty good. I have a couple of miniature pinchers. And they’re the loves of my life. I take them for walks to the dog park; I’ve got a Harley Davidson I ride around. It’s not too exciting. It used to be sex, drugs and rock n roll; now I walk my dogs.
Stan Lee, The Dickies