Tom Morello Releases Music Video For Every Step That I Take Ft. Portugal. The Man & Whethan.

Legendary guitar-god Tom Morello has released the music video for Every Step That I Take featuring Portugal. The Man & Whethan off his recently released collaborative album, The Atlas Underground. The album – available everywhere here – marks the most ambitious artistic effort of Morello’s storied career, which includes being co-founder of Rage Against The Machine, Audioslave and Prophets of Rage. The album left critics raving with Rolling Stone praising, “A rap-rock/EDM throwdown… and the results are explosive,” LA Weekly lauds, “a cohesive piece of work that sounds fresh and new.” 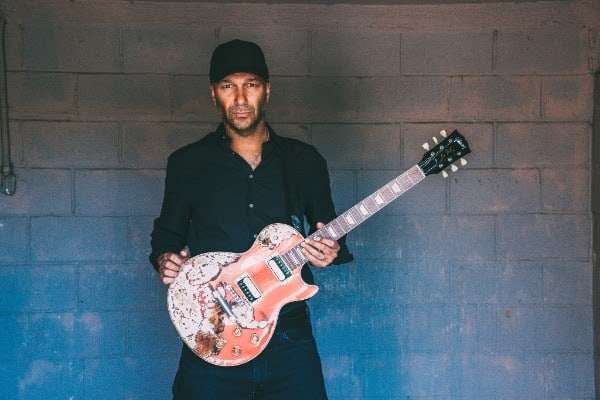 Watch the video for Every Step That I Take Ft. Portugal. The Man & Whethan here:

The concept of the video was to convey a modern take on the story of Joe Hill. Morello explains, “Revolutionary labor troubadour Joe Hill was murdered by a Utah firing squad for a crime he did not commit. They pinned a heart & crosshairs to his chest so the firing squad wouldn’t miss. His ashes were mailed to the four corners of the world and from those ashes generations of new revolutionaries continue to rise. The Atlas Underground sprang from those ashes as well and is proof that ideas, songs and struggle are bulletproof.”

Director Sean Evans created the video using 3-D technology, describing how the idea came together he states, “I started messing around with 3-D scanning end of last year because, as it turned out, I was walking around with a 3-D scanner, my freaking iPhone! Using it gave insane results, this broken technology vibe, it seemed like a perfect look to create a world out of for every step that I take, though it proved to be quite an undertaking. Worth it in the end!

Morello made the television performance debut of Every Step That I Take feat. Portugal. The Man & Whethan on Jimmy Kimmel Live! last October. Watch the epic performance here. The track was named one of the “5 Songs You Need to Listen to This Week” by TIME Magazine.

Further expanding Morello’s commitment to empowering worthy organizations, he has again partnered with Suicide Awareness Voices of Education (SAVE) for this release – Morello and John Gourley of Portgual. The Man will be doing a Facebook Live SAVE fundraiser this morning – tune in here. SAVE is the leading national nonprofit agency working to prevent suicide through raising public awareness and education, reducing stigma around mental illness and suicide, and serving as a resource for those touched by suicide.