Tim Kerr brings his artwork to Australia for a POP-UP EXHIBITION at OUTRÉ GALLERY on Saturday 19th November.  Plus meet Tim at the opening from 2pm.

Outré is proud to be hosting an exhibition of artwork by Austin-based artist and musician Tim Kerr. Over the past decade, Tim’s paintings have been shown around the world in museums and galleries. Recent shows including a solo exhibit at the Rosa Parks museum in Montgomery, Alabama (in observance of the famous bus boycotting’s 60th anniversary). Kerr was featured in Juxtapoz magazine late in 2015 in which his work was described as “linked to justice and knowledge—art with meaning and purpose”.

Kerr is a founding member of the pioneering skate punk band, the Big Boys, and the many bands that followed (including current collaboration with members of Mudhoney in Seattle-based band The Monkeywrench whom he will be touring around Australia in November). Gaining increased attention in recent years, however, is Tim’s work as a visual artist, developed on the foundation of his degrees in painting and photography from the University of Texas in Austin. We look forward to hosting Tim’s inaugural Australian showing in November where the artist will be in attendance and his latest paintings will be available for purchase.

We spoke with Tim about the artwork for his upcoming exhibition on our blog here. 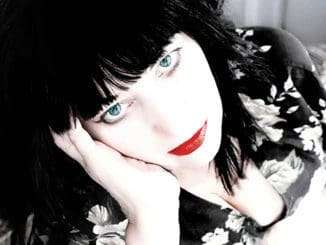