“Why it rules: It punches you in the guts with its rhythm section, slaps you across the face with a slapped (no pick!) guitar, grabs you by the ears and shakes your head half-joking, half-menacing, half-cut. The Drones finally have contenders in the category of Raucous ‘Strayan Live Act.”
Herald Sun’s Mikey Cahill – Tales LP

Melbourne’s powerhouse The Peep Tempel farewelled 2015 with a searing performance at the Meredith Music Festival, where they earned the coveted “Boot” in an epic and typically brash performance. To celebrate, The Peep Tempel will perform two shows only, one in Sydney and the other in their hometown at the Shadow Electric’s newest venue Estonian House on February 18, before they head back into the studio record the follow-up to their critically acclaimed sophomore release Tales.

With an EP and two LP’s under their belt, Blake Scott, Steven Carter and Stewart Rayner are The Peep Tempel, one of Australia’s hardest working bands. Having formed back in 2008, the three-piece have gone from strength to strength since the release of their debut LP The Peep Tempel in February 2012, an EP Modern Professional in June 2013 and their second LP Tales in October 2014 through Melbourne imprint Wing Sing. 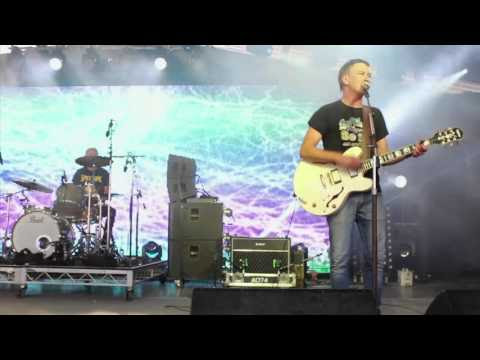 So, if you missed The Peep Tempel rip Meredith Festival a new one, don’t miss their first show for 2015 at Estonian House under the 34-metre cinema screen. You’ll be sure to hear some new material and of course, the family favourites, that you have come to know and love.
Rock n Roll is well and truly alive and it’s a nice time to be alive.
See you there!

Q&A by guitarist Patrick Holcombe Tell us about your new single/ album/ tour? We are releasing our Debut Album “Cathedrals” at the Shadow Electric on Friday the 27th of November. How would you describe your […]

Tell us about your new single/ album/ tour? [pullquote]Bowie by way of Herbie Hancock, Chick Corea, and Miles Davis’ Bitches Brew! [/pullquote]Four months ago we released our first Bowie Project Album. It’s a collection of […]

Currently its the Yarra River Trail I’m walking along. Generally my scene would be Melbourne. Nothing feels or compares to home.
Simon McConnell, The Delta Riggs
My bedroom
Nantes

I’m in with the Out-Crowd
Dave Warner
Going to the river on sunny afternoons with the blow up dingys and resting your beers on lily pads.
The Frowning Clouds
If you’re a Max Chillington then you’re our scene.
Gunslingers

I love being on a little boat near home in South West Victoria with a fishing line in the water, the Sun coming up or going down. I also love walking the streets of Melbourne or Manhattan or many of the beautiful towns and villages of Ireland or anywhere. My partner and my family are central to it all. I also love being in the midst of a great music session, anywhere, anytime, being transported into the soul of the Universe.
Shane Howard
Hot, hot lovers
Luke Monks, Gay Paris

Leadfinger is a very strange band, hard to define, but we are free.
Stew, Leadfinger