Faithful Satellite is the successor to the band’s last original and critically acclaimed 2014 album, Certified Blue. Joe Camilleri and long-time writing partner, Nick Smith, continue to be the masters of the eclectic. No musical style is left in the corner waiting for a dance partner, just as no dark human theme is left unrevealed. Swirling images of love lost, end of the line sea journeys, voodoo, Boot Hill and wild rock ‘n roll joy rides define Faithful Satellite, a culmination of artistry which separates Joe from the rest.

Sure, he’s kicked a staggering number of goals over his 50+ years in music as a singer, songwriter, musician, performer and producer at the top of his game. As frontman of the seminal 70’s band, Jo Jo Zep & The Falcons, Joe was inducted into the ARIA Hall of Fame in 2007. With The Black Sorrows, there have been hits not only in Australia but also in Europe. Touring there several times playing songs that have become radio staples like Chained to the Wheel, Harley & Rose and Hold On To Me. There was an ARIA Award for Best Group in 1990, and last year their Endless Sleep album was nominated for the 2015 ARIA Award for Best Blues & Roots Album, the band’s 19th nomination. Returning for the first time in 20 years, The Black Sorrows toured Scandinavia in support of the release of Endless Sleep that reached #13 on the Euro Americana chart in 2015.

There have been multi-platinum albums and, collectively, sales of over two million records worldwide. The Black Sorrows, in one form or another, haven’t stopped recording or performing since Joe pulled the thing together in 1983 – and he’s still playing 150 shows a year! His energy seems boundless, matched only by the passion and commitment with which he approaches every song, every record, every performance.

Recorded at Woodstock Studios in Melbourne, and produced by Joe Camilleriand co-producer John McAll, The Black Sorrows have enlisted a stellar line-up of guest artists that include Vika and Linda Bull, the Davidson Brothers, The Silo String Quartet as well as some of the best young jazz players around.

“I’m in it for the long haul,” is how Joe sees it, has always seen it. “I just want the future.”  And we’re all welcome to get on board and enjoy the ride.

Tickets to all shows on the Faithful Satellite Tour are on sale NOW unless otherwise noted below.

Joe Camilleri will also be performing with Jo Jo Zep & The Falcons on: 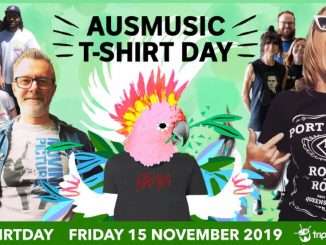 Scene News: Artists and industry get behind Ausmusic T-Shirt Day in support of their own!