Announcing the world’s greatest exponents of down and dirty, heart breaking, soul shaking rock n’ roll The BellRays are about to hit our shores to play for Australian crowds… and yes brothers and sisters, they require you to testify as the “ROCKPOCALYPSE” Make Up Tour is upon us!

The BellRays; straight out of Riverside, California, have known that they’re one of the greatest rock n’ roll bands in the world for over 20 years now, and with one of rock’s greatest frontwomen, Lisa Kekaula leading the charge, who could forgive them for accepting this almighty title.

“The BellRays are the most ridiculous, funkiest and explosive music fusion on planet ROCK”

If you’re yet to experience the sheer unadulterated rock n’ roll, punk, blues and soul alchemy of what is going to be a tour of colossal proportions, get on board at www.nightmaremusic.com.au 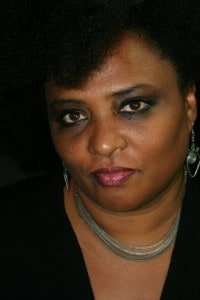 We’re so excited to see The Bellrays back in Aus!Here are some of our favourite memories from past tours. Cherry Fest, Cherry Bar 2013. Photos by Mary Boukouvalas. The Corner Hotel, Richmond 2013. Photos by […]

The world’s greatest exponents of down and dirty, heart breaking, soul shaking rock n’ roll The BellRays announced their upcoming “ROCKPOCALYPSE” Make Up August Tour, back in May! The band are excited to announce that […]

Right now it’s a room with no lights on. An unmade bed. A laptop with 9% battery and a mosquito that just refuses to die.
Dave Larkin, Dallas Crane
It’s beards.
Nathaniel Beard, The Beards

Flanelette pyjama pants.
Timberwolf
The car wash scene from Cool Hand Luke will do just fine thank you.
Old Gray Mule
I’m in with the Out-Crowd
Dave Warner
Sitting in the sun, in a nice chair, with a good book.
James Reyne

I love being on a little boat near home in South West Victoria with a fishing line in the water, the Sun coming up or going down. I also love walking the streets of Melbourne or Manhattan or many of the beautiful towns and villages of Ireland or anywhere. My partner and my family are central to it all. I also love being in the midst of a great music session, anywhere, anytime, being transported into the soul of the Universe.
Shane Howard
I like to think that I belong to the head-strong Independent Music Scene – where we – musos and audience and everyone in between – all make gigs/tours, recordings, releases happen for ourselves and work our arses off to keep it going for the rest of our lives – all for the love of Music!
Florelie Escano
Rock’n’Roll
About Heels on Decks

Currently its the Yarra River Trail I’m walking along. Generally my scene would be Melbourne. Nothing feels or compares to home.
Simon McConnell, The Delta Riggs
That’s a hard one, although I do love anything electronic with an indie-pop feel!
Franki

My scene is driving fast cars and shooting guns.
Ace Frehley
When I’m not working in the studio or doing shows I’m at home with my partner and our baby so I guess they are my scene.
Way of the Eagle
Bed. Pringles. Whisky. Attenborough doco. Wham.
Marlon Williams