Some of Victoria’s hottest acts including Marlon Williams, Courtney Barnett, Harts, Briggsand The EG Allstars, will celebrate the 10th Edition of The Age Music Victoria Awards at 170 Russell on 11 November 2015.

A limited release of 300 tickets will be available to the public, so get in quick to celebrate with your favourite musicians.

The event will be co-presented by Triple R 102.7FM and PBS 106.7FM. Two of their finest broadcasters, Chris Gill and Lyndelle Wilkinson, will MC the event and Fee B-Squared will be spinning the tunes between sets.

For the first time, the Public Awards, which are decided by 80,000 public votes, and The Genre Awards, which are chosen by select expert panels, will be merged in one huge show. The Hall of Fame acts will be celebrated in a separate concert at the Palais Theatre on 20 November 2015.

We are thrilled to announce that last year’s major industry partners Live At Your Local andBakehouse Studios, are joining us again, with $5 from every ticket sold once again going toSupport Act Limited to support musicians in need.

“Wow, 10 years since the first awards and this year’s nominees have delivered some of the best music we’ve ever heard” said The Age’s music editor Martin Boulton.

“The Age Music Victoria Awards shines a spotlight on a year of outstanding releases and promises to deliver a wonderful night, celebrating the diversity of great Victorian music”.

Bands can self-nominate for the Genre Awards until 30 September 2015 atwww.musicvictoria.com.au/agemusicvictoriaawards/nominations.

Scene News: Courtney Barnett Premieres ‘Nobody Really Cares If You Don’t Go To The Party’ Video 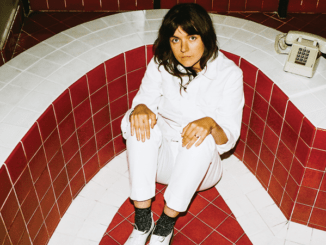 Scene News: Courtney Barnett is hitting the road this August!