‘In the long and twisted history of indie rock, Teenage Fanclub ring out loud and true’ – Sydney Morning Herald

‘If you fall for Teenage Fanclub, you fall hard’ – The Quietus

‘In any event, this is a band well worth extra attention … the albums are so good that no one is complaining.’ – Popmatters, ‘The 25 Best Songs of Teenage Fanclub’

Frontier Touring is delighted to welcome back Glasgow five-piece Teenage Fanclub, returning to Australia and New Zealand in February 2019. The iconic ‘What You Do To Me’ (https://www.youtube.com/watch?v=SmJ3zOn9RD8) rockers will perform four headline dates in Melbourne, Sydney, Brisbane and Auckland, with tickets to all shows going on sale Monday 27 August.

Watch: Teenage Fanclub on their vinyl re-issues (https://www.facebook.com/teenagefanclub.music/videos/1120355921458855/)
Over the course of almost 30 years in which they released seminal albums such as A Catholic Education, Bandwagonesque, Thirteen, Grand Prix, Songs From Northern Britain, Howdy!, Man Made, Shadows & Here, Teenage Fanclub went from being scrappy indie underdogs, through band-most-likely-to, eventually arriving at the status they’ve held ever since: one of Britain’s most beloved cult bands.

Not liked, or admired, or respected: beloved.

Teenage Fanclub’s most recent studio album is their tenth effort, 12 tracks and a textbook representation of democracy in action: 2016’s Here.

Listen: Norman Blake (founding member) talks to BBC 6 (https://www.bbc.co.uk/programmes/b0bdckmp) , Aug 2018 (https://www.bbc.co.uk/programmes/b0bdckmp)
Formed in 1989, Teenage Fanclub are a rare thing: a group who have grown old with their audience, reflecting their changing lives and shifting concerns. When Teenage Fanclub’s crowd looked at the band in 1991, they saw people just like them: boozy, boisterous and rambunctious. When they look at the band now, they still see themselves in them: they’re like the old best friends you see a couple of times a year, and come away from each meeting with your affections revived.

On their previous visit, the band sold out their first Melbourne headline show and added a second date. Don’t delay in grabbing tickets to Teenage Fanclub, touring February 2019!

VIDEO: ‘What You Do To Me’ by Teenage Fanclub 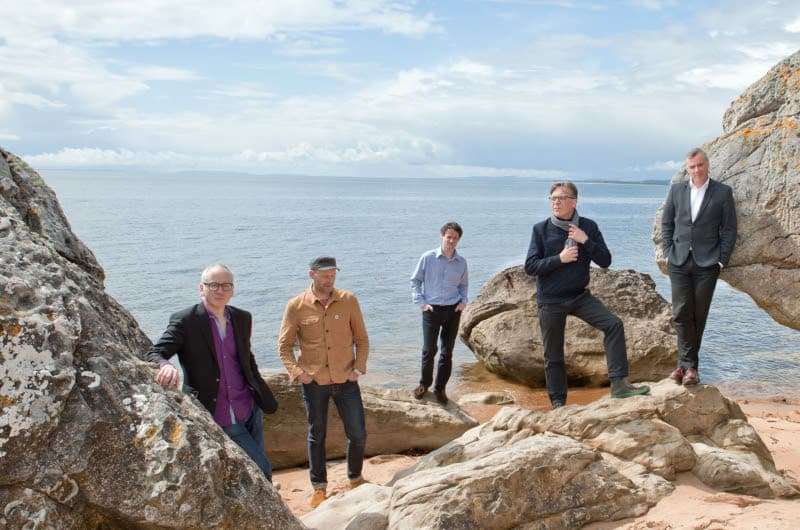 My scene is driving fast cars and shooting guns.
Ace Frehley
Sitting in the sun, in a nice chair, with a good book.
James Reyne

When I’m not working in the studio or doing shows I’m at home with my partner and our baby so I guess they are my scene.
Way of the Eagle
Alice likes the Google. Sime likes taxidermy. It’s a pretty happening scene.
Sweet Jean

The car wash scene from Cool Hand Luke will do just fine thank you.
Old Gray Mule
I like to be out in the nature, to get away. Go to the woods. My dad lives in the woods. Maybe once or twice a year I don’t have phone reception there is no Wi-Fi
Fredrik Åkesson, Opeth

Well I’m still looking for my scene, and I think I might have found it. Between the pages of What’s My Scene Magazine.
Dave Faulkner, Hoodoo Gurus
Act III, Scene VI of King Lear. A tense and gripping scene wherein the ageing king informs his three daughters that they have all been accepted as contestants on Family Feud.
Ben Pobjie, comedian
Melbourne. Nowhere else is as great as Melbourne.
Brat Farrar

Cool small bars with good food, good wine, good company
The Backsliders
Our gigs have an air of danger and sex. Beautiful women are free to express themselves and are as dangerous as hell. Everybody can have a good time ’cos there’s a lot of love in the room and we just can’t help but stomp out that primeval swamp boogie ooze.
Chris Russell’s Chicken Walk

I love being on a little boat near home in South West Victoria with a fishing line in the water, the Sun coming up or going down. I also love walking the streets of Melbourne or Manhattan or many of the beautiful towns and villages of Ireland or anywhere. My partner and my family are central to it all. I also love being in the midst of a great music session, anywhere, anytime, being transported into the soul of the Universe.
Shane Howard
Right now it’s a room with no lights on. An unmade bed. A laptop with 9% battery and a mosquito that just refuses to die.
Dave Larkin, Dallas Crane