Swedish heavy metal heroes SABATON release their new album “The Great War”, on Friday July 19th, 2019 on Nuclear Blast. It promises to be one of the biggest Metal albums of 2019. 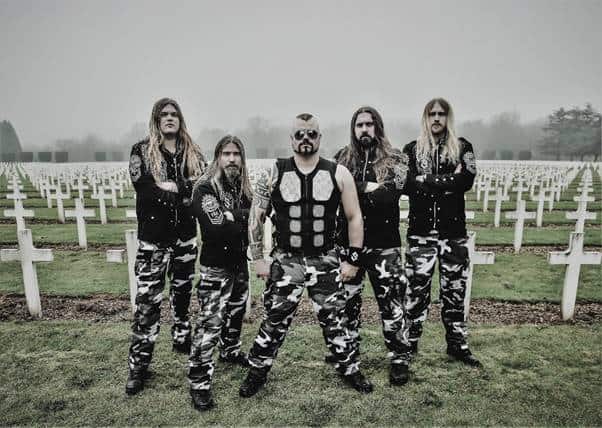 The release of SABATON’s ninth full-length record perfectly coincides with the band’s 20th anniversary and the concept album is based on events during the First World War. The band started the recordings exactly 100 years after the end of the First World War (11/11/1918) and took 3 months of intensive work to complete the album together with their long-term producer and partner Jonas Kjellgren at Black Lounge studios. Furthermore, the album has been mastered by Maor Appelbaum and the artwork was once again created by Peter Sallaí. “This is not the first time we have sung about stories from this period in time, but now we felt the timing was right to make a full concept album about this war”, explain the band. 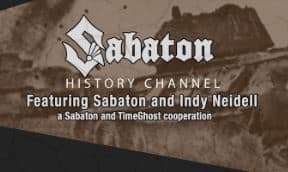 Alongside the album, the Swedes have worked hard to make their 20th year anniversary a very exciting year, and also started the SABATON History Channel – a unique collaboration between the band themselves and multimedia historians Indy Neidell and Timeghost – capturing the power of social media to tell stories about the wars, battles and heroes behind SABATON’s songs.

“This is the biggest album we have taken on so far. There is more depth and story around the songs that we have ever had before”, Pär Sundström announces. “Expect many surprises as we have tried new things and we also went back in time to a concept we know a lot of you love. The Great War has been created side by side with the Sabaton History Channel to make 2019 the most exciting year in our 20 year history.” 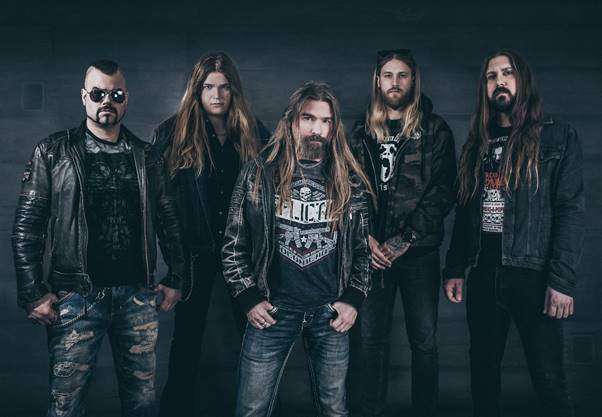 Sabaton explain the album in a series of trailers. These are a great insight into how the album was developed and recorded.

In the first album trailer, Joakim Broden and Pär Sundström talk about different aspects of the album. ‘’The Great War: Album Stories Part 1.’’

In the second album trailer, Joakim Broden and Pär Sundström talk about further aspects of the album. ‘’The Great War: Album Stories Part 2.’’

In the third album trailer, they discuss the song writing process of their upcoming album. ‘’The Great War: Album Stories Part 3.’’

In the fourth album trailer, they discuss the importance of putting their music into context and why Verdun plays a key role in “The Great War”. ’The Great War: Album Stories Part 4.’’

The band have now revealed their fifth album trailer, in which they provide details about the different formats in which the album will be available. ‘’The Great War: Album Stories Part 5.’’ 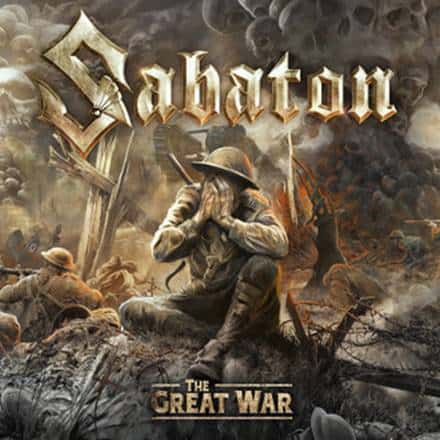 Joey Belladonna’s scene is adverse to his stage persona. The ANTHRAX singer states: “My individual scene is calm and collected; I achieve that by staying out of the way, stay right out of the way. […]

CRADLE OF FILTH are a monstrous tour-de-force of utterly distinctive but reassuringly destructive heavy metal. Currently enjoying a collective creative renaissance that is driving them to new heights of elegant fury, the band  are more potent […]

When asked his scene, Scott Gorham laughs and says he is “going to have to go boring on [me]”. The legendary Thin Lizzy, now Black Star Riders’ guitarist, states: “I started playing golf 35 years […]

Tegan Voltaire, The Voltaire Twins
What’s my scene? well…
And another thing I’ve been wondering lately
Oh, baby,
Tell me where have you been?
Now the stage is set
Where’s my Juliet, baby?
Is it maybe
My Midsummer Night’s Dream?
What’s my scene?
Clowns
Anywhere there is good company, great conversation, and a glass of red.
Helen Perris
I am a simple man. My scene is simple. I like playing metal and spending time with my family.
Waclaw ”Vogg” Kieltyka, Decapitated
Tunes, mates, and honesty. No dickhead policy!
Buddha In A Chocolate Box
The car wash scene from Cool Hand Luke will do just fine thank you.
Old Gray Mule
Experimental electronica, musical metacreation, multiplicitous media, hacking.
Ollie Brown
Our scene is this big gorgeous wide world we live in all its majestic splendour!
Kim Salmon, The Darling Downs
My scene is at the moment Big Wongs General Tsos Chicken as I get sauce on the keys typing to you :-)
Brian Mackey
Local bands at sticky carpet venues. Vinyl. Social networking. Keeping healthy in order to play full throttle live sets. Loud rehearsals. Good people with creative ideas. PRIMITIVE ROCK.
Jon S Williams of City of Cool
“Malcolm Hill is a lifetime member of the Melbourne Music Mafia and part of the ratpack of post punk Melbourne artists who have been keepin’ it real across diverse art forms for thirty years.”
Malcolm Hill
When I’m not working in the studio or doing shows I’m at home with my partner and our baby so I guess they are my scene.
Way of the Eagle
I like the beach more than anything. The beach feels like home all year round. In terms of a scene…I actually prefer to hermit most of the time.
Abbe May
Book clubs, philosophy and extreme black metal
Elsen Price
That’s a hard one, although I do love anything electronic with an indie-pop feel!
Franki
Our scene is in the city of Bath, a small city with a very big musical identity, we play the British festivals and I am also in the ’choirs scene’. We are also in other bands for fun, music all the way, roll on summer!
Su Hart, Baka Beyond
Bed. Pringles. Whisky. Attenborough doco. Wham.
Marlon Williams
My scene is Brunswick. I love it. It provides me with just about everything I need.
About Charlie Marshall
I think my style is more just making cameos in everyone else’s scene.
Mojo Juju
I just do my best to live a life full of the things I love. Rock’n’roll, photography, New York City – they are three things right there that I love a lot!
Paul Miles
Yass KFC
Simon, Loon Lake
No set scene. We have played with a variety of bands from King Parrot to The Datsuns. Offer us a show and give us a try!
Los Hombres Del Diablo
My bedroom
Nantes
Anyone who welcomes a hairy, gold wearing, hot air blowing idiot to a dinner table is my scene.
Henry Wagons
Hot, hot lovers
Luke Monks, Gay Paris
Art is my scene. No labels, restrictions or judgement. I love art in all it’s varied glory.
The Last 5 Queers
I will continue the continuum, singing my Songline.
Kutcha Edwards
Staying home out of harms way.
Peter Milley, Cairo Club Orchestra
Aside from music and everything creative, I love open-mind people, unexpected humour, seeing the world and nature, riding my bicycle, playing billiards. I’m also a fan of coffee, whiskey and most things vintage.
Jessica Stuart Few
Act III, Scene VI of King Lear. A tense and gripping scene wherein the ageing king informs his three daughters that they have all been accepted as contestants on Family Feud.
Ben Pobjie, comedian
I’m in with the Out-Crowd
Dave Warner
I have no idea what my scene is; I have been listening to Dubstep and a bit of Drum N Bass. I found a lot of Hip Hop and RnB stuff is getting very interesting again it is pushing different sounds out. I’ve been really into cycling since the early ‘90s; racing mountain bikes and racing road bikes. So between cycling and music there is not much time left, a bit of sleep now and again.
Mike Edwards, Jesus Jones
I love being on a little boat near home in South West Victoria with a fishing line in the water, the Sun coming up or going down. I also love walking the streets of Melbourne or Manhattan or many of the beautiful towns and villages of Ireland or anywhere. My partner and my family are central to it all. I also love being in the midst of a great music session, anywhere, anytime, being transported into the soul of the Universe.
Shane Howard
Our gigs have an air of danger and sex. Beautiful women are free to express themselves and are as dangerous as hell. Everybody can have a good time ’cos there’s a lot of love in the room and we just can’t help but stomp out that primeval swamp boogie ooze.
Chris Russell’s Chicken Walk
Country roots, old time, bluegrass, folk, Americana scene Traditional plus :)
Whitetop Mountaineers