SUNNYBOYS RELEASE ‘CAN’T YOU STOP’ THE FIRST NEW SINGLE SINCE 1984
Sunnyboys release Can’t You Stop their first recording of all new music since Comes As No Surprise, their swan song 7” in 1984.
Recorded in 2018 at Airlock Studios Brisbane and mixed by in demand engineer Konstatine Kerstin, Can’t You Stop is a reworking of a song Jeremy Oxley recorded and released on the Waterfront label under the guise The Fisherman in 1986. In this revised version Can’t You Stop features an all new arrangement plus those glorious trademark Sunnyboys harmonies. Grab a taste below and stream the full-length version via Spotify or your preferred digital platform.

Can’t You Stop is the first single to be released from Sunnyboys 40 a brand new full length album released November 29th (Feel Presents / Rocket) on vinyl, CD, cassette and all digital platforms. ’40′ contains four new songs plus the first ever re-release of the band’s legendary 1980 debut ep featuring the original Alone With You plus Love to Rule, What You Need and The Seeker. Pre-order yours now via your favourite record store or via the Sunnyboys online shop.
Meanwhile the first show of the Sunnyboys 40 tour and the band’s first ever visit to Torquay, has sold out! It continues the recent pattern of Sunnyboys ticket sales with each new tour outselling the previous one. All other shows are following the same pattern. Avoid disappointment and grab yours now.
And in related release news Warner Music have re-released a limited edition of the Sunnyboys eponymous 1981 debut album on blue vinyl. The all-time classic Australian album featuring Happy Man, Tunnel Of Love, Trouble in My Brain and I’m Shakin’ is available now from all good record stores or online.
So if you see us comin, shout out loud although we’d rather talk, shout out loud it’s a sunny day…

Tickets for all shows on sale now via feelpresents.com.
Join the Feel Presents mail list to be a part of the action. 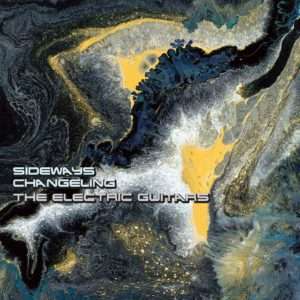 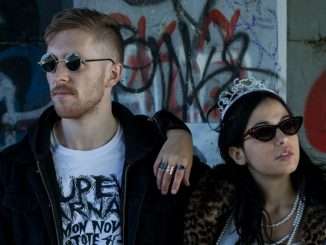 Flanelette pyjama pants.
Timberwolf
I like to be out in the nature, to get away. Go to the woods. My dad lives in the woods. Maybe once or twice a year I don’t have phone reception there is no Wi-Fi
Fredrik Åkesson, Opeth

I love being on a little boat near home in South West Victoria with a fishing line in the water, the Sun coming up or going down. I also love walking the streets of Melbourne or Manhattan or many of the beautiful towns and villages of Ireland or anywhere. My partner and my family are central to it all. I also love being in the midst of a great music session, anywhere, anytime, being transported into the soul of the Universe.
Shane Howard
I like to think that I belong to the head-strong Independent Music Scene – where we – musos and audience and everyone in between – all make gigs/tours, recordings, releases happen for ourselves and work our arses off to keep it going for the rest of our lives – all for the love of Music!
Florelie Escano
Cool venues with good beer on tap that don’t mind us getting loud and getting room grooving so hard you feel the floor shaking.
Papa G and The Starcats

My scene is driving fast cars and shooting guns.
Ace Frehley
Leadfinger is a very strange band, hard to define, but we are free.
Stew, Leadfinger
World/folk. Acoustic and proud of it!
Ilana Cravitz, The London Klezmer Quartet

The car wash scene from Cool Hand Luke will do just fine thank you.
Old Gray Mule
I think my style is more just making cameos in everyone else’s scene.
Mojo Juju

Well I’m still looking for my scene, and I think I might have found it. Between the pages of What’s My Scene Magazine.
Dave Faulkner, Hoodoo Gurus
My scene is a Punk-hardcore scene or an underground, minimal electronic scene, something grungy – where everyone is wearing black. That’s my vibe; don’t go out until 11 when all the other vampires come out and go home when the sun comes up at 7. Oh shit. Creatures of the night.
Greg Puciato, Killer Be Killed & Dillinger Escape Plan

Tunes, mates, and honesty. No dickhead policy!
Buddha In A Chocolate Box
Obviously to create music. My family. I love driving my Ferraris.
Yngwie Malmsteen

Currently its the Yarra River Trail I’m walking along. Generally my scene would be Melbourne. Nothing feels or compares to home.
Simon McConnell, The Delta Riggs
When I’m not working in the studio or doing shows I’m at home with my partner and our baby so I guess they are my scene.
Way of the Eagle
Our scene is folk that are interested in change. Not just music, but breaking the norm, the boundaries and stereotype of Australian ’rock/pop’ music. Unpredictable, the question marks, the new jokers in town. Don’t Believe The Haze.
Slumberhaze

I’m in with the Out-Crowd
Dave Warner