“Soaked In Bleach stops short of flat-out stating what it wants to…which is somebody – murdered Kurt Cobain.”
A.V. Club

“Even if one is not a fan of Kurt Cobain and Nirvana, the film is powerful in what it suggests”
Critical Lens Media
Shock Entertainment will release the critically acclaimed and controversial docudrama, Soaked in Bleach, on DVD on October 7th. Marking the directorial debut of Statler, the film explores the controversy surrounding Nirvana frontman Kurt Cobain’s death.

The film Soaked in Bleach reveals the events behind Kurt Cobain‘s death as seen through the eyes of Tom Grant, the private investigator that was hired by Courtney Love in 1994 to track down her missing husband (Kurt Cobain) only days before his deceased body was found at their Seattle home. Cobain’s death was ruled a suicide by the police (a reported self-inflicted gunshot wound), but doubts have circulated for twenty years as to the legitimacy of this ruling, especially due to the work of Mr. Grant, a former L.A. County Sheriff’s detective, who did his own investigation and determined there was significant empirical and circumstantial evidence to conclude that foul play could very well have occurred. Narrated by Grant (played by Lost’s Daniel Roebuck), the film develops as a narrative mystery with cinematic re-creations, interviews with key experts and witnesses and the examination of official artefacts from the 1994 case.

“The primary message of this movie is that the justice of a fair investigation which was due to Kurt had been soiled with gross negligence, doused in mud, and this botching of the investigation had been whitewashed with misinformation which continues to this day by the media, it was soaked in bleach.” explains director Benjamin Satler on the origins of the film and the impact the death of Cobain had on his life.

Soaked In Bleach was released in U.S.cinemas earlier this year.  It is available for the very first time in Australia through Shock Entertainment on 7th October. For more information, click here. Review coming shortly www.whatmyscene.com 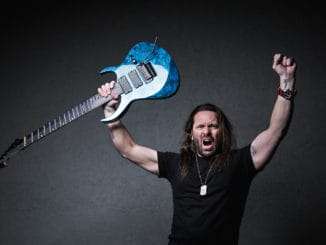 When I’m not working in the studio or doing shows I’m at home with my partner and our baby so I guess they are my scene.
Way of the Eagle
I like to think that I belong to the head-strong Independent Music Scene – where we – musos and audience and everyone in between – all make gigs/tours, recordings, releases happen for ourselves and work our arses off to keep it going for the rest of our lives – all for the love of Music!
Florelie Escano
I will continue the continuum, singing my Songline.
Kutcha Edwards

Act III, Scene VI of King Lear. A tense and gripping scene wherein the ageing king informs his three daughters that they have all been accepted as contestants on Family Feud.
Ben Pobjie, comedian
Cool small bars with good food, good wine, good company
The Backsliders
My family, my friends, my home.
Cory Putman, Norma Jean

My scene is driving fast cars and shooting guns.
Ace Frehley
I’m in with the Out-Crowd
Dave Warner
Melbourne. Nowhere else is as great as Melbourne.
Brat Farrar

Currently its the Yarra River Trail I’m walking along. Generally my scene would be Melbourne. Nothing feels or compares to home.
Simon McConnell, The Delta Riggs
The TV show “Full House
World Wild

Tunes, mates, and honesty. No dickhead policy!
Buddha In A Chocolate Box
We can be dirty, we can be imperfect, we can be classy, it doesn’t matter. We drift between scenes and eventually may just create our own.
The Ugly Kings

Right now it’s a room with no lights on. An unmade bed. A laptop with 9% battery and a mosquito that just refuses to die.
Dave Larkin, Dallas Crane
“Malcolm Hill is a lifetime member of the Melbourne Music Mafia and part of the ratpack of post punk Melbourne artists who have been keepin’ it real across diverse art forms for thirty years.”
Malcolm Hill