After a lengthy hiatus that saw him based between Australia and Los Angel’s acclaimed singer-songwriter Mark Sholtez returns to the live stage on Saturday 20 June at Melbourne’s Cellar Bar in support of his brand new album ‘The Edge Of The Known World’ (Ambition/Universal). 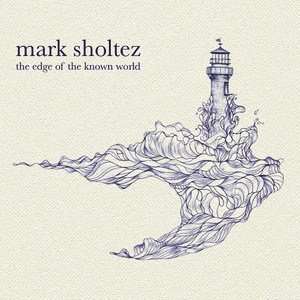 Inspired by an extended period spent living and working in Southern California, ‘The Edge of the Known World’ finds Mark Sholtez exploring the outer limits of interpersonal relationships at the mercy of distance and time, touching on both the actual and imagined consequences of pushing beyond those limits. Set in a largely organic and conversational musical landscape, the album strikes a delicate balance between the hopeful and the hopeless, painting an open and honest picture of real life and real love.‘The Edge Of The Known World’ sets its sights on the rustic peak of the singer-songwriter movement of the 60s and 70s while remaining very much in touch with the sounds of today. An irresistible collection of simple yet well crafted songs the music is hard to pin down to one genre as it crosses musical borders to take in elements of 70’s pop, jazz, modern day Americana, and Laurel Canyon folk, which makes for a consistently intriguing listen.

Having honed his skills watching two legendary figures at close quarters, Sholtez has taken over the producers chair for this third album, where his propensity for musical subtlety seems perfectly paired with the simplicity and honesty of his songwriting.

The result of Sholtez’s most recent effort is a beautifully rendered album that speaks with a gentle authority, and is possibly the most personal, thoughtful, and cohesive album of his career.

Crowds swarmed with high spirits to see Melbourne’s own Tash Sultana play at 170 Russell on Wednesday night. The one-woman band illuminated the venue on her headlining show, which was perfectly complemented by two similarly […]

SBM PRESENTS: THE SISTERS OF MERCY Australia & New Zealand Tour 2022 “[the Sisters are…] a lean glittering groove machine for the new millennium, leaving the sullenly anachronistic reformations of their contemporaries far behind.” – Metal […]

I worked on this record for over one year during the time of the global pandemic and lock down. Tucked away from the world in my home studio, these songs came forth from my […]

Leadfinger is a very strange band, hard to define, but we are free.
Stew, Leadfinger
Melbourne. Nowhere else is as great as Melbourne.
Brat Farrar

Going to the river on sunny afternoons with the blow up dingys and resting your beers on lily pads.
The Frowning Clouds
Our scene is this big gorgeous wide world we live in all its majestic splendour!
Kim Salmon, The Darling Downs

Well I’m still looking for my scene, and I think I might have found it. Between the pages of What’s My Scene Magazine.
Dave Faulkner, Hoodoo Gurus
Anywhere there is good company, great conversation, and a glass of red.
Helen Perris

Tunes, mates, and honesty. No dickhead policy!
Buddha In A Chocolate Box
I like to be out in the nature, to get away. Go to the woods. My dad lives in the woods. Maybe once or twice a year I don’t have phone reception there is no Wi-Fi
Fredrik Åkesson, Opeth

I’m in with the Out-Crowd
Dave Warner
Flanelette pyjama pants.
Timberwolf
My scene is Brunswick. I love it. It provides me with just about everything I need.
About Charlie Marshall

My scene is driving fast cars and shooting guns.
Ace Frehley
The dog park’s pretty good. I have a couple of miniature pinchers. And they’re the loves of my life. I take them for walks to the dog park; I’ve got a Harley Davidson I ride around. It’s not too exciting. It used to be sex, drugs and rock n roll; now I walk my dogs.
Stan Lee, The Dickies

When I’m not working in the studio or doing shows I’m at home with my partner and our baby so I guess they are my scene.
Way of the Eagle
We can be dirty, we can be imperfect, we can be classy, it doesn’t matter. We drift between scenes and eventually may just create our own.
The Ugly Kings