The Gympie Music Muster will be one of a string of major international festivals Sheppard is performing at this year including Rock in Rio (Brazil), Lollapalooza (USA), Summer Sonic (Japan), Isle of Wight (UK), PinkPop (Holland), BBK Live (Spain) and Southside & Hurricane (Germany).

Sheppard were set to grace the Muster stages at last year’s festival, but were catapulted to superstardom and performances in the US after knocking Pharrell Williams’ mega-hit Happy off the top of the Australian charts with the international smash Geronimo. Now they’re back, returning to the Muster in a special appearance to make it up to their day one fans.
From humble beginnings, growing up in Brisbane and Port Moresby, Papua New Guinea, siblings George, Amy, and Emma Sheppard joined Jay Bovino, Dean Gordon and Michael Butler – exploding onto the world stage last year, with Geronimo, the longest running #1 single by an independent Australian artist of all-time, going five times Platinum, an ARIA accredited Gold album for Bombs Away and the 2014 ARIA award for Best Group.

“We were scheduled to do Gympie last year but unfortunately international commitments got in the way,” said Amy Sheppard. “We promised we’d make it up to fans and we can’t think of a better way than to add it to our tour diary for this year. We can’t wait!”

Sheppard will also join a host of artists which have just been added to the Muster’s bill as part of the second line up announce: 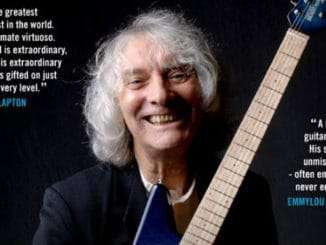 I love being on a little boat near home in South West Victoria with a fishing line in the water, the Sun coming up or going down. I also love walking the streets of Melbourne or Manhattan or many of the beautiful towns and villages of Ireland or anywhere. My partner and my family are central to it all. I also love being in the midst of a great music session, anywhere, anytime, being transported into the soul of the Universe.
Shane Howard
I’m in with the Out-Crowd
Dave Warner
I like to be out in the nature, to get away. Go to the woods. My dad lives in the woods. Maybe once or twice a year I don’t have phone reception there is no Wi-Fi
Fredrik Åkesson, Opeth

When I’m not working in the studio or doing shows I’m at home with my partner and our baby so I guess they are my scene.
Way of the Eagle
Act III, Scene VI of King Lear. A tense and gripping scene wherein the ageing king informs his three daughters that they have all been accepted as contestants on Family Feud.
Ben Pobjie, comedian
Country roots, old time, bluegrass, folk, Americana scene Traditional plus :)
Whitetop Mountaineers

Leadfinger is a very strange band, hard to define, but we are free.
Stew, Leadfinger
I have no idea what my scene is; I have been listening to Dubstep and a bit of Drum N Bass. I found a lot of Hip Hop and RnB stuff is getting very interesting again it is pushing different sounds out. I’ve been really into cycling since the early ‘90s; racing mountain bikes and racing road bikes. So between cycling and music there is not much time left, a bit of sleep now and again.
Mike Edwards, Jesus Jones

Well I’m still looking for my scene, and I think I might have found it. Between the pages of What’s My Scene Magazine.
Dave Faulkner, Hoodoo Gurus
My family, my friends, my home.
Cory Putman, Norma Jean

Flanelette pyjama pants.
Timberwolf
Currently its the Yarra River Trail I’m walking along. Generally my scene would be Melbourne. Nothing feels or compares to home.
Simon McConnell, The Delta Riggs
We can be dirty, we can be imperfect, we can be classy, it doesn’t matter. We drift between scenes and eventually may just create our own.
The Ugly Kings