Stewart was diagnosed with lung cancer in early June. He is currently receiving treatment in dealing with this insidious disease. Stewy has been a stalwart of the Australian underground music scene for the last three decades in bands such as the Proton Energy Pills, Brother Brick, The Yes Men, Asteroid B-612, Challenger 7 and for the last 12 years, Leadfinger. Stew)s approach to rock n) roll has won him many fans here and overseas and provided what many pundits attest to being some of the greatest rock tunes to come from Down Under. Songs such as (See You Tonight), (Rock n) Roll Sound), (Fourteen), (Edge a Bit Closer) and (Chokito Bar), may not be chart toppers, but they hold up their own compared to the greats. 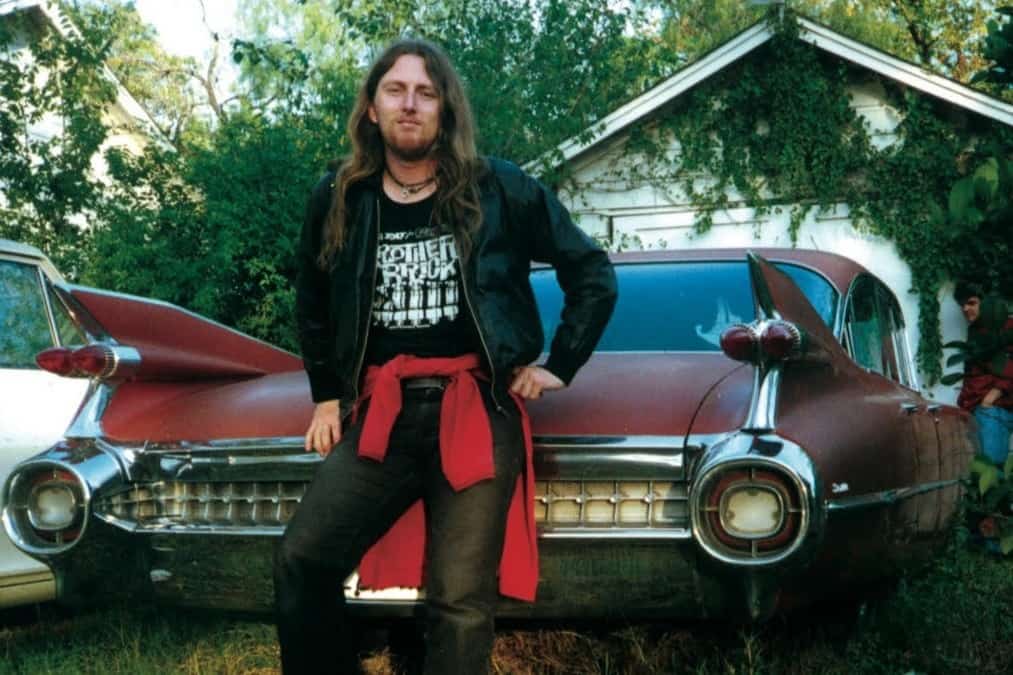 Be sure to stuff your wallets with cash money for the night. With the awesome assistance of great labels and record stores across Australia, we will be raffling off CDs, vinyl, tees and other goodies in packs that will knock your socks off. For those that are unable to attend the benefit gig, donations can still be made by visiting https://www.gofundme.com/fundraiser-for-stewart-cunningham

Tickets for See You Tonight

Get in early to avoid disappointment.

When I’m not working in the studio or doing shows I’m at home with my partner and our baby so I guess they are my scene.
Way of the Eagle
Cool venues with good beer on tap that don’t mind us getting loud and getting room grooving so hard you feel the floor shaking.
Papa G and The Starcats

Going to the river on sunny afternoons with the blow up dingys and resting your beers on lily pads.
The Frowning Clouds
“Malcolm Hill is a lifetime member of the Melbourne Music Mafia and part of the ratpack of post punk Melbourne artists who have been keepin’ it real across diverse art forms for thirty years.”
Malcolm Hill

Currently its the Yarra River Trail I’m walking along. Generally my scene would be Melbourne. Nothing feels or compares to home.
Simon McConnell, The Delta Riggs
Book clubs, philosophy and extreme black metal
Elsen Price

Well I’m still looking for my scene, and I think I might have found it. Between the pages of What’s My Scene Magazine.
Dave Faulkner, Hoodoo Gurus
The car wash scene from Cool Hand Luke will do just fine thank you.
Old Gray Mule
Tunes, mates, and honesty. No dickhead policy!
Buddha In A Chocolate Box
Our scene is folk that are interested in change. Not just music, but breaking the norm, the boundaries and stereotype of Australian ’rock/pop’ music. Unpredictable, the question marks, the new jokers in town. Don’t Believe The Haze.
Slumberhaze

Act III, Scene VI of King Lear. A tense and gripping scene wherein the ageing king informs his three daughters that they have all been accepted as contestants on Family Feud.
Ben Pobjie, comedian
Ep. 1 Series 3 of BBC’s ’Sherlock’ where Sherlock bungee jumps through a window and kisses Molly Hooper.
Miss Adelaide Everheart from Early Burley Burlesque

Right now it’s a room with no lights on. An unmade bed. A laptop with 9% battery and a mosquito that just refuses to die.
Dave Larkin, Dallas Crane
I am a simple man. My scene is simple. I like playing metal and spending time with my family.
Waclaw ”Vogg” Kieltyka, Decapitated

My scene is driving fast cars and shooting guns.
Ace Frehley
Currently, I’m completely enveloped by writing my book; trying to complete the manuscript for my tome.
Jeff Duff