Bluesfest Touring is delighted to announce a second concert for soul sensation Nathaniel Rateliff and the Night Sweats at the Northcote Theatre on Tuesday 11 April. 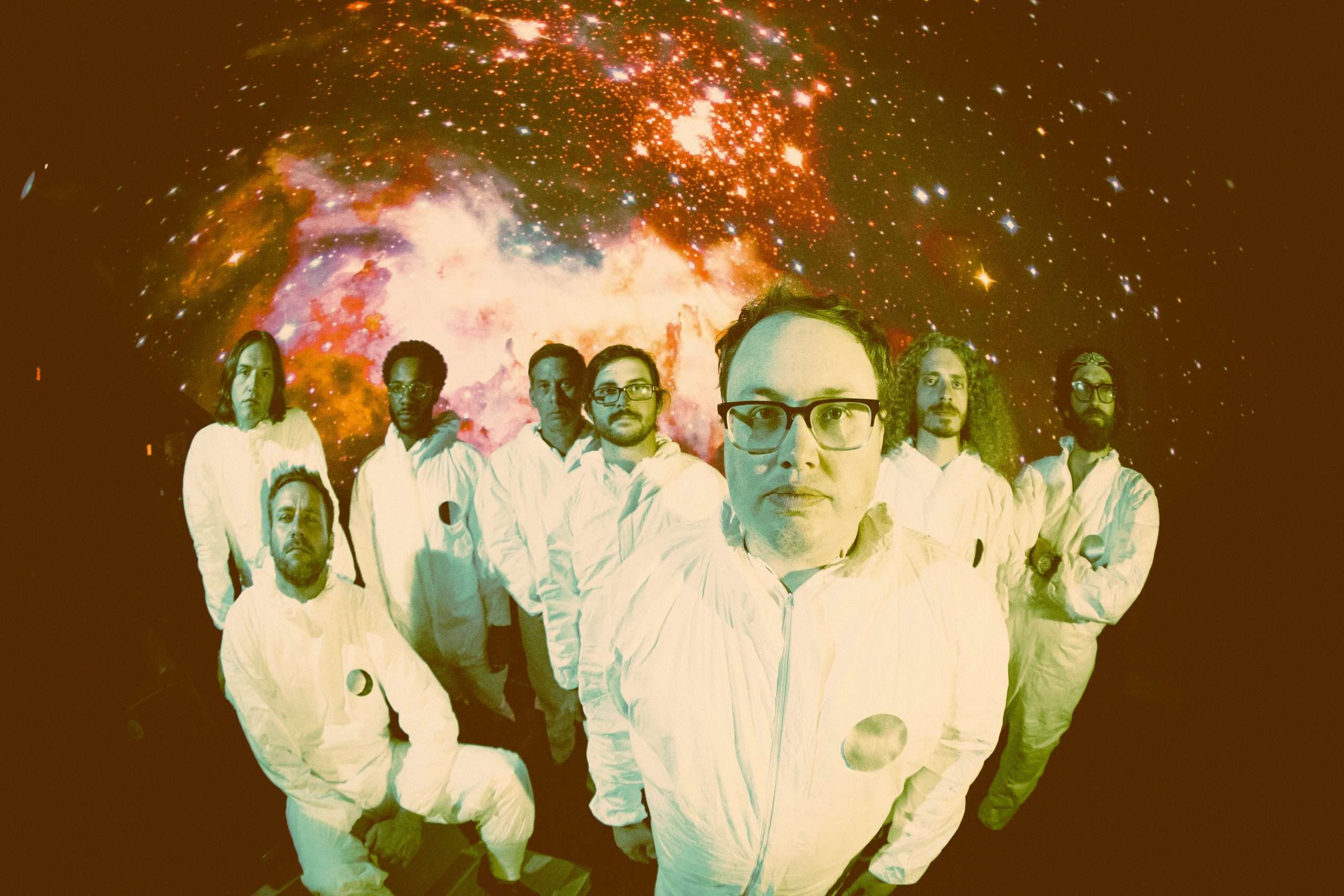 The Alabama bred 8 piece St Paul & The Broken Bones will be the special guests opening the show.

It took Nathaniel Rateliff & The Night Sweats less than five years to become one of the most recognizable new forces in contemporary rock ‘n’ roll.

As such, accolades for Nathaniel Rateliff and The Night Sweats are numerous:

Rateliff and the band were in fantastic form— never losing their octane-level energy— or raw and powerful vocals. With a worldly fusion of blues, rock, folk, and soul, they were their own force of nature— rocking the house from start to finish.New Jersey Stage
He’s one of the few singer-songwriters in the country who could pump foot-stomping energy through the venue with the Night Sweats and then have an audience in tears with heartfelt solo material. Westword.com.
And of their album The Future:
From gospel-sounding ballads to a symphonic Motown sound with horns, the diversity of the songs on The Future is wide-ranging. Just as diverse is Rateliff’s rich voice, which can both comfort and soothe and urge you out of your seat.  Americana Highway.
St Paul & The Broken Bones’ will be touring their new album: The Alien Coast, which represents the most adventurous and original output yet from an ever-evolving musical powerhouse.

Presenting the best international legendary and emerging artists from around the world in Rock, Blues, R&B, Soul, Folk, Punk, Hip-Hop, Reggae and Jazz at iconic venues across Australia each year.

Tim Kearney, brewer/owner of Ballarat Golden Ale and one of the Festival Directors of the Ballarat Beer Festival, had this suggestion for mixing spirits and beer: As craft beer lovers, we strongly advise against mixing […]

Sitting in the sun, in a nice chair, with a good book.
James Reyne
Staying home out of harms way.
Peter Milley, Cairo Club Orchestra
Wherever there is music is where I feel most at home
Toby Robinson
Any scene with Al Swearangen & Mr. Wu from the show Deadwood ;)
Mathas
Scones, savory, sweet I don’t mind
The Wooden Sky
Anywhere there is good company, great conversation, and a glass of red.
Helen Perris
I just do my best to live a life full of the things I love. Rock’n’roll, photography, New York City – they are three things right there that I love a lot!
Paul Miles
Currently its the Yarra River Trail I’m walking along. Generally my scene would be Melbourne. Nothing feels or compares to home.
Simon McConnell, The Delta Riggs
Our scene is folk that are interested in change. Not just music, but breaking the norm, the boundaries and stereotype of Australian ’rock/pop’ music. Unpredictable, the question marks, the new jokers in town. Don’t Believe The Haze.
Slumberhaze
My scene is at the moment Big Wongs General Tsos Chicken as I get sauce on the keys typing to you :-)
Brian Mackey
Deep 70s disco, wonky synths, shady lyrics, fairy lights and cheap wine.