After selling out Melbourne’s ‘The Gaso’ in February, Pretty City hopped the pond to play Austin’s inaugural SXSW music festival and conference. After an epic journey, Pretty City is back ready to release their long anticipated debut album ‘COLORIZE’. [pullquote]‘Strutting up and along some hazy rainbow made of stadium riffage and ’90s glow stick big pants dance while gazing down at their kicks only long enough to take in that rainbow, this Melbourne-based band sound as brash and ready as a new band can be.’ – Eric Davidson – CMJ, New York [/pullquote] Melbourne’s psyche rock trio made their presence known while in Austin, impressively selling out their show at Tellers Bar and turning heads at another 5 ballistic live shows highlighting not only the bands ear piercing energy and sound but creative light show. The insane week to remember included shows at the iheart radio showcase and The Aussie BBQ playing alongside fellow Aussie artists DMAs, and Stonefield.

‘We can hear catchy hooks and great pop melodies over fuzzy guitars, mixed with grunge, powerful rhythms, cool guitar riffs and vocals that manage to surprise and delight. Yes, influences from My Bloody Valentine, over Black Rebel Motorcycle Club to Smashing Pumpkins are certainly there yet Pretty City’s music sounds fresh and contemporary and as spot on 2016 as it can get.’ – Glamglare Blog, New York

COLORIZE will be available on iTunes April 30th 2016

Pretty City will be launching ‘COLORIZE’ alongside Sydney’s own Hedgefund, The Destrends & Brisbane’s Bear Hunt will be ripping up the decks in between sets. It’s all happening;

For more info check out: 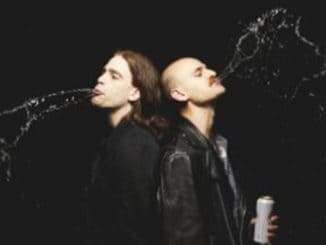