News Ticker
The wild, gyrating, and down-right gymnastic, guitarist Pat Beers is joined by his wife Lety on drums and bass player Blake Lindquist … and yes, Beers is their real name.
By day Pat teaches music but at night once strapping on that guitar he becomes a man possessed .The Schizophonics are, in one word, EXPLOSIVE. Their frenzied live performances tap into the same unstoppable combination of rock ‘n’ roll energy and showmanship that fueled the MC5 in the heyday of the Grande Ballroom. When they hit the stage, they grab your attention and don’t let go. They’ve built up a formidable reputation in their home base of San Diego and a fervent following among locals. “One of my favorite live bands ever!” proclaims Tim Mays, who has run the Casbah for over 25 years and seen literally thousands of live bands come through his doors in that time. “The Schizophonics bring the goods every time they play,” he enthuses. “Pat Beers is like a cross between Jimi Hendrix and James Brown – yelping, wailing, shralping the guitar with his left hand while gyrating all over the place; and Lety keeps it real behind the kit.”But the Schizophonics are more than just an outstanding live act, they’re also committed to writing great, memorable songs, a skill singer/guitarist Pat Beers has continued to hone, channeling such influences as Jimi Hendrix Experience, the Sonics, the Stooges, the MC5, James Brown, and Little Richard.
Pat and drummer Lety Beers first met in Casa Grande, Arizona, before pulling up stakes and moving to San Diego in 2008. They formed the Schizophonics the following year, and have worked tirelessly since then, playing literally hundreds of live shows up and down the West Coast, and further afield.
In 2017 playing at Spain’sFuntastic Dracula Carnival theydemolished the rest of the lineup and have been shreddingaudiences worldwide since then!
https://www.facebook.com/TheSchizophonics/https://www.instagram.com/theschizophonics/https://schizophonics.com/Not for the faint hearted. 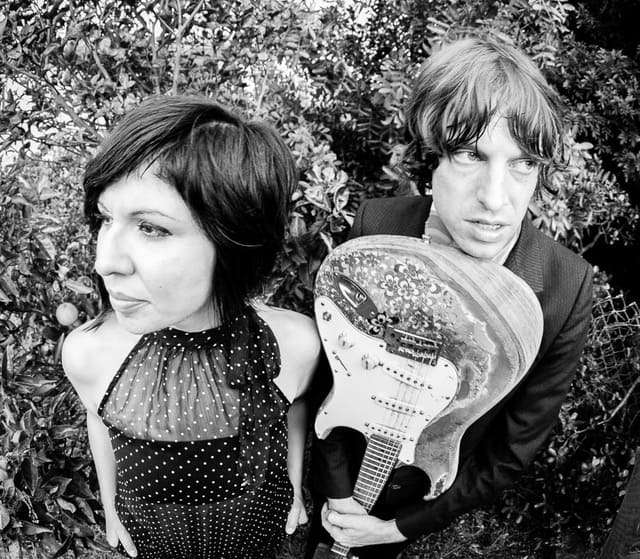 Currently its the Yarra River Trail I’m walking along. Generally my scene would be Melbourne. Nothing feels or compares to home.
Simon McConnell, The Delta Riggs
Tunes, mates, and honesty. No dickhead policy!
Buddha In A Chocolate Box
All of the above and more in my shed every Friday night
Hound

Act III, Scene VI of King Lear. A tense and gripping scene wherein the ageing king informs his three daughters that they have all been accepted as contestants on Family Feud.
Ben Pobjie, comedian
I love being on a little boat near home in South West Victoria with a fishing line in the water, the Sun coming up or going down. I also love walking the streets of Melbourne or Manhattan or many of the beautiful towns and villages of Ireland or anywhere. My partner and my family are central to it all. I also love being in the midst of a great music session, anywhere, anytime, being transported into the soul of the Universe.
Shane Howard
My family, my friends, my home.
Cory Putman, Norma Jean

I like to think that I belong to the head-strong Independent Music Scene – where we – musos and audience and everyone in between – all make gigs/tours, recordings, releases happen for ourselves and work our arses off to keep it going for the rest of our lives – all for the love of Music!
Florelie Escano
When I’m not working in the studio or doing shows I’m at home with my partner and our baby so I guess they are my scene.
Way of the Eagle
Aside from music and everything creative, I love open-mind people, unexpected humour, seeing the world and nature, riding my bicycle, playing billiards. I’m also a fan of coffee, whiskey and most things vintage.
Jessica Stuart Few

I’m in with the Out-Crowd
Dave Warner
“Malcolm Hill is a lifetime member of the Melbourne Music Mafia and part of the ratpack of post punk Melbourne artists who have been keepin’ it real across diverse art forms for thirty years.”
Malcolm Hill

Well I’m still looking for my scene, and I think I might have found it. Between the pages of What’s My Scene Magazine.
Dave Faulkner, Hoodoo Gurus
Country roots, old time, bluegrass, folk, Americana scene Traditional plus :)
Whitetop Mountaineers

My scene is driving fast cars and shooting guns.
Ace Frehley
Our scene is folk that are interested in change. Not just music, but breaking the norm, the boundaries and stereotype of Australian ’rock/pop’ music. Unpredictable, the question marks, the new jokers in town. Don’t Believe The Haze.
Slumberhaze