Sainthill is the project of Melbourne-based musician Tom Larkey whose music is shoegazing dream-pop referencing the post-punk romantics. Folk Romantic is his third album and is set to be released in May. He will be taking to the stage of The Gasometer on the afternoon of Sun 27 May to unleash it to the public. 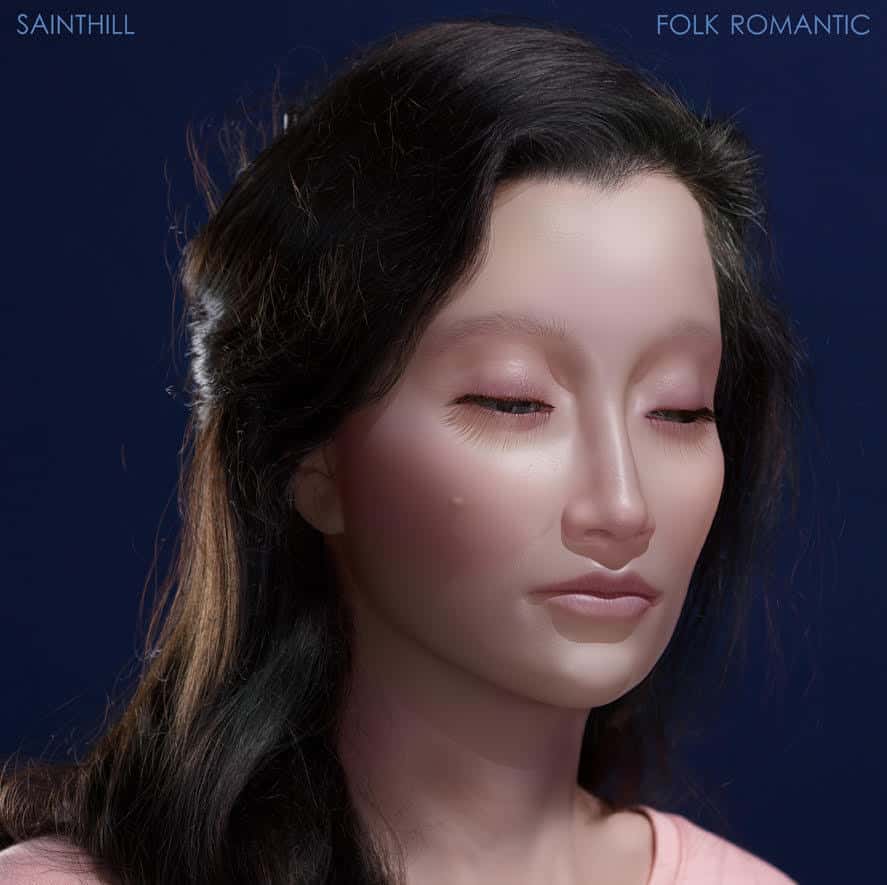 Sainthill’s prior work has been described by respected critic Marty Jones (Rhythms Magazine) as “intelligent and beautiful music…a record to lose yourself in” who likens them to iconic Melbourne band The Art Of Fighting.

Taking his name from his relative (Australian stage and costume designer Loudon Sainthill) Larkey began in earnest in 2009 with an EP of sparse electric-folk, I Am a Monster. A further two albums (Dear Victoria in 2012 and Man Alive in 2014) saw Sainthill’s sound steadily gather layers of drums, guitar and synth, the culmination of which is a melancholic cascade of emotive sounds.

While Dear Victoria and Man Alive dealt in vignettes of death, fear, friendship, family, and hope, new album Folk Romantic embraces the many guises of love, loss, and renewal. Larkey spent two years in the US before returning to Australia in 2016, and the amalgamation of experiences play out through odes to New Orleans, love songs for forests, and all manner of person-centered romances.

The album contains eight finely crafted tunes, which really draw the listener in, and was mixed by John Lee at Phaedra Studios. The center point is his assured warm vocals, which wrap tenderly around the accomplished multi-layered musical compositions.
Folk Romantic will be launched on Sun 27 May (afternoon gig), where Larkey has assembled fellow musical companions drummer Seth Rees (The Spheres), keyboardist David O’Brien (Shiver Canyon) and bassist Tamara Lunn (Lyra Will) who will join him on stage.

Flanelette pyjama pants.
Timberwolf
Quirky cabaret bars that serve a mean G&T and boast a stellar cocktail list..which is why you’ll always find me returning to The Butterfly Club! I also love the buzz of a Fringe or Cabaret Festival, or a smart Opening Night. Any excuse for a dress up, really!
Amelia Ryan, Lady Liberty

Going to the river on sunny afternoons with the blow up dingys and resting your beers on lily pads.
The Frowning Clouds
I’m in with the Out-Crowd
Dave Warner
The dog park’s pretty good. I have a couple of miniature pinchers. And they’re the loves of my life. I take them for walks to the dog park; I’ve got a Harley Davidson I ride around. It’s not too exciting. It used to be sex, drugs and rock n roll; now I walk my dogs.
Stan Lee, The Dickies

Cool small bars with good food, good wine, good company
The Backsliders
“Malcolm Hill is a lifetime member of the Melbourne Music Mafia and part of the ratpack of post punk Melbourne artists who have been keepin’ it real across diverse art forms for thirty years.”
Malcolm Hill

My scene is driving fast cars and shooting guns.
Ace Frehley
I like to think that I belong to the head-strong Independent Music Scene – where we – musos and audience and everyone in between – all make gigs/tours, recordings, releases happen for ourselves and work our arses off to keep it going for the rest of our lives – all for the love of Music!
Florelie Escano
Alice likes the Google. Sime likes taxidermy. It’s a pretty happening scene.
Sweet Jean

Act III, Scene VI of King Lear. A tense and gripping scene wherein the ageing king informs his three daughters that they have all been accepted as contestants on Family Feud.
Ben Pobjie, comedian
I am a simple man. My scene is simple. I like playing metal and spending time with my family.
Waclaw ”Vogg” Kieltyka, Decapitated

Currently its the Yarra River Trail I’m walking along. Generally my scene would be Melbourne. Nothing feels or compares to home.
Simon McConnell, The Delta Riggs
Hiking a 14K foot mountain in Colorado
Cole Washburn

I love being on a little boat near home in South West Victoria with a fishing line in the water, the Sun coming up or going down. I also love walking the streets of Melbourne or Manhattan or many of the beautiful towns and villages of Ireland or anywhere. My partner and my family are central to it all. I also love being in the midst of a great music session, anywhere, anytime, being transported into the soul of the Universe.
Shane Howard
My bedroom
Nantes