There is no rest for the wicked: After already releasing a set of fantastic singles once again proving the inexhaustible creativity of SABATON, the band releases a cover version of MANOWAR‘s ‘Kingdom Come’ – born as a tribute to the American metal heroes and a video game collaboration. 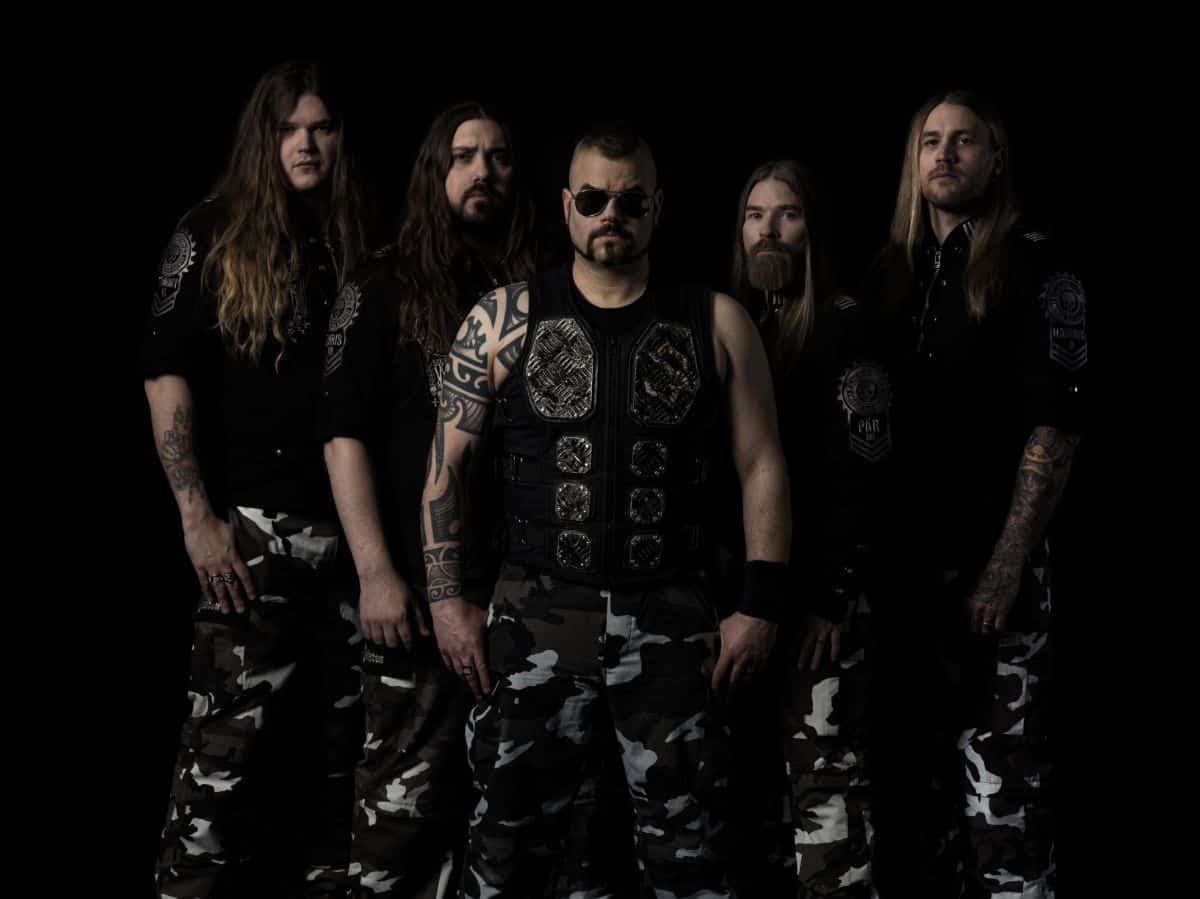 Pär Sundström, co-founder of SABATON and bass player, states:
“Our fans have spoken. YOU requested the release of this song everywhere, so this is for all of you!This recording was meant to be a tribute to Manowar and a collaboration with a video game bearing the same name, when we recorded it a few years ago. We are happy to see that you appreciate the song so much, and we have paid attention to your wishes and requests. You asked for it, you got it!”

SABATON is arguably the most important band to emerge from the modern metal scene, journeying forth with confidence on a steady ascendence that’s rewarded them with five Metal Hammer Golden Gods Awards (including Best Live Band three different years) and multiple nominations for the Swedish equivalent of the Grammy Awards, the Grammis. In 2016, “The Last Stand” debuted at No. 1 in three different European countries and cracked the Top 3 in four others. Brodén (vocals), Sundström (bass), Chris Rörland (guitar), Hannes van Dahl (drums), and Tommy Johansson (guitar) curate a festival of their own, Sabaton Open Air, that started back in 2008, as well as their own forward-thinking Sabaton Cruise, that is being held since 2009. Their last album “The Great War” cracked the Top 10 in 11 countries including #1 positions in Switzerland, Germany and Sweden.

Björn ‘Speed’ Strid’s scene prepares him for when he’s on tour. [pullquote]”I go to the gym, try to stay in shape and try to eat healthy, and then go on tour and destroy it all […]

Schmier’s scene is “normal”. The co-founder, singer/bassist of thrash metal band Destruction states: “Basically, when I’m home I try to do the normal things in life. Everyone thinks when you’re a rock musician you have […]

As many people say ‘There’s no rest for the wicked’, and certainly the wicked have been insanely busy over the past few months, making music that is now spewing forth from the bowels of hades. […]

The car wash scene from Cool Hand Luke will do just fine thank you.
Old Gray Mule
Well I’m still looking for my scene, and I think I might have found it. Between the pages of What’s My Scene Magazine.
Dave Faulkner, Hoodoo Gurus
Deep 70s disco, wonky synths, shady lyrics, fairy lights and cheap wine.