“Acacia Quartet at times seem like only one instrument, such is their clarity and unison.” – City News

Internationally acclaimed Australian ensemble the ACACIA QUARTET return to the Independent Theatre in North Sydney
with a spectacular Sunday afternoon concert concert that ranges from the romantic to the contemporary
with work by Mendelssohn, Arvo Part, Ichmouratov and Australian Lyle Chan! 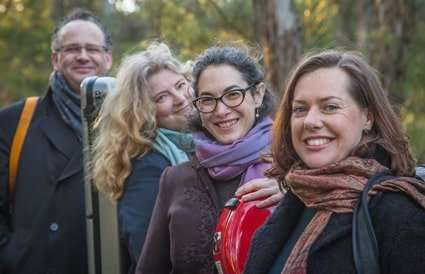 Mendelssohn wrote his String Quartet No. 2, Op. 13 in 1827, deeply inspired by Beethoven’s last quartets.
Lyle Chan’s new work will be the continuation of Acacia’s close relationship with the Australian composer and Fratres by Estonian Arvo Part
has been described as a “mesmerising set of variations on a six-bar theme combining frantic activity and sublime stillness”.
The climactic work, Airat Ichmouratov’s String Quartet No. 4, Op. 35, ‘Time and Fate’ was composed during the spring of 2012,
right after the tragic death of Eleonora Turovsky, who was like a second mother to the composer.

In nine years Acacia Quartet (Lisa Stewart & Myee Clohessy, violins; Stefan Duwe, viola; Anna Martin-Scrase, cello)
have won great respect for their versatile and inventive programs.
Acacia have recorded nine albums, with ‘Blue Silence’ earning a nomination for an APRA-AMCOS Art Music ‘Award for Excellence’.
Acacia are passionate about supporting Australian composers, working with young musicians,
and sharing their love of music with audiences of all ages.
Their performances feature regularly on radio stations around the world.
Acacia’s engagements in Australia include the Sydney Opera House, City Recital Hall Sydney, Melbourne Recital Hall,
as well as extensive touring through regional NSW and Victoria.
Acacia had their international debut in Vancouver, Canada at the Roundhouse in June 2016.
The following year, Acacia Quartet were invited by the Christine Raphael Foundation to give their European debut,
where they performed concerts in Berlin and recorded a CD with three string quartets by Günter Raphael, to be released in 2019.
Two CDs have just been released at the end of 2018, ‘Muse’ in collaboration with recorder player Alicia Crossley
and ‘Imaginations’ with guitarist Matt Withers – which launched at the Independent and has been critically acclaimed
(including Limelight) and featured regularly on ABC Classic FM. 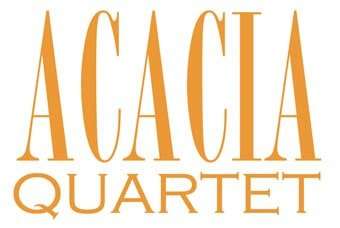