Frontier Touring and Arena Touring are delighted to announce US multi-talented singer/songwriter, performer Richard Marx will return to our shores for a string of national headline shows this November and December.

An icon in the industry, Marx celebrates a 3 decade long career with 11 glorious albums. Having sold 30 million records worldwide and five Grammy nominations under his belt, Marx is renowned for his heartfelt ballads dusted with classic rock. 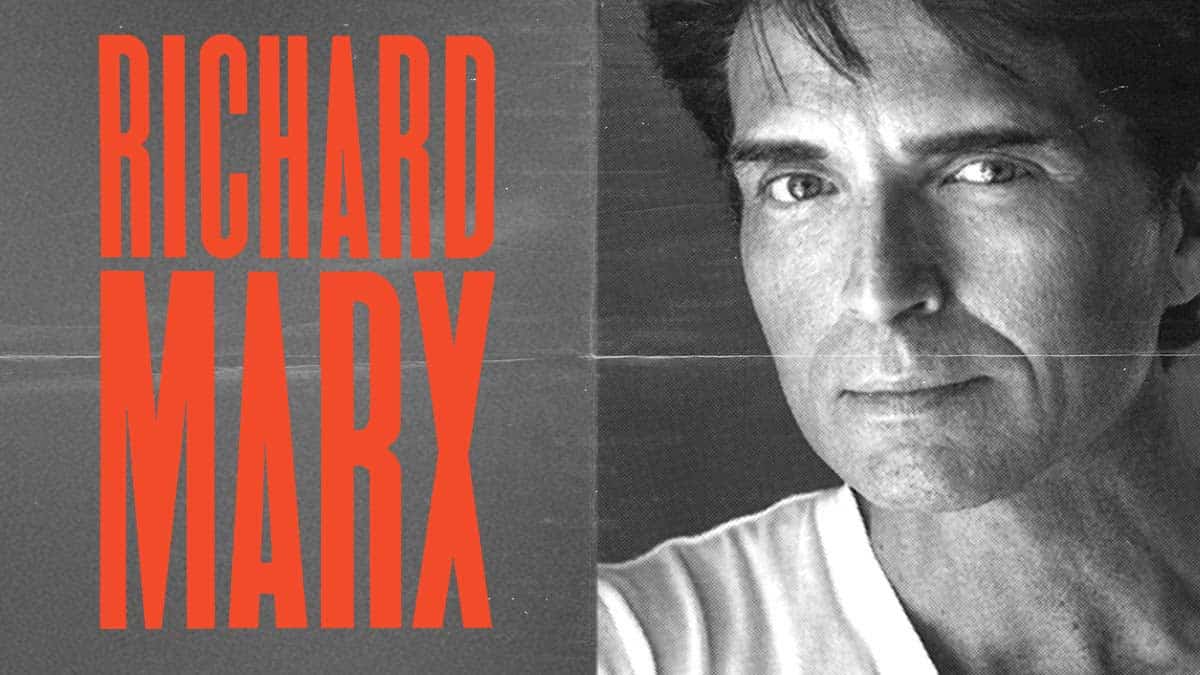 Hit singles from 1987’s self titled debut, ‘Don’t Mean Nothing’ , ‘Should’ve Known Better’, ‘Endless Summer’ and ‘Hold On To The Nights’ begun Marx’s renowned achievement for being the first solo artist to have their first seven singles in the top five of the Billboard 100.

Marx’s unwavering talent has lead him to a string of triumphs through classics ‘Right Here Waiting’ and ‘Hazard’ both of which reached #1 status in Australia. With a loyal following Down Under, Marx has enjoyed eight Top 40 Hits along with other smash singles such as the hauntingly beautiful ‘Now and Forever’, ‘Angelia’, ‘Take This Heart’ and ‘Satisfied’.

A writer, composer and producer, Marx’s calibre has lead him to collaborate with a variety of artists such as NSYNC (‘This I Promise You’) ), Barbra Streisand and Vince Gill (‘If You Ever Leave Me’) and Keith Urban who performed ‘Long Hot Summer’, Marx’s 14th and latest chart-topper. Marx also worked alongside the late Luther Vandross on the multiple Grammy Award winning ‘Dance With My Father’ with Marx only recently releasing his own version, listen here.

Marx also joins the stellar lineup at a day on the green this November and December in celebration of John Farnham’s iconic Australian album Whispering Jack. Visit adayonthegreen.com ) for more details.

Don’t miss out on a night with one of the industry’s greats! Tickets start at $89.90 with Gold and Premium options available. Fans will also have the opportunity for a Meet & Greet with Richard Marx, see website for details ) .

Acclaimed for his phenomenal live performances, transforming a concert into an unforgettable evening with music’s most charismatic and genuine talents, Richard Marx is a must see – get in quick!

I like to think that I belong to the head-strong Independent Music Scene – where we – musos and audience and everyone in between – all make gigs/tours, recordings, releases happen for ourselves and work our arses off to keep it going for the rest of our lives – all for the love of Music!
Florelie Escano
Currently its the Yarra River Trail I’m walking along. Generally my scene would be Melbourne. Nothing feels or compares to home.
Simon McConnell, The Delta Riggs
The Astor Theatre on chapel st. Old cinema with copious amounts of atmosphere playing classic films (Chaplin, Gene Kelly, Kubrick, etc) and me with a honeycomb choc top spilt on my Tshirt because that’s just how I roll.
Jude Perl, Comedian

When I’m not working in the studio or doing shows I’m at home with my partner and our baby so I guess they are my scene.
Way of the Eagle
Rock’n’Roll
About Heels on Decks

Going to the river on sunny afternoons with the blow up dingys and resting your beers on lily pads.
The Frowning Clouds
Act III, Scene VI of King Lear. A tense and gripping scene wherein the ageing king informs his three daughters that they have all been accepted as contestants on Family Feud.
Ben Pobjie, comedian
Flanelette pyjama pants.
Timberwolf
Leadfinger is a very strange band, hard to define, but we are free.
Stew, Leadfinger
Right now it’s a room with no lights on. An unmade bed. A laptop with 9% battery and a mosquito that just refuses to die.
Dave Larkin, Dallas Crane
The TV show “Full House
World Wild

The car wash scene from Cool Hand Luke will do just fine thank you.
Old Gray Mule
I am a simple man. My scene is simple. I like playing metal and spending time with my family.
Waclaw ”Vogg” Kieltyka, Decapitated