Make sure you don’t miss the incredible lineup joining us for in AC/DC Lane this Sunday 18th November.

Melbourne’s laneway culture is getting amped up and loud for one day only on Sunday 18th November as part of the Melbourne Music Week, when AC/DC Lane will play host to the first Civic Sounds Laneway Party.

Get Your Tickets Here

REGURGITATOR formed in Brisbane by core members Quan Yeomans and Ben Ely, along with drummer Martin Lee, played their first show March 1994. Current drummer, Peter Kostic joined late ‘99. They have released numerous EPs and albums that they have recorded in dubiously idiosyncratic scenarios: Tu-Plang (1996) in the remote jungle outside Bangkok; the triple platinum selling Unit (1997) in a condemned Fortitude Valley warehouse as demolishers waited outside; …art (1999) in a sun soaked Byron Bay beach house lapping up the waves; Eduardo & Rodriguez Wage War on T-Wrecks (2001) amidst the thick cigar smoke of (Gang of Four) Andy Gill’s London lounge-room; Mishmash (2004) in a glass box in Federation Square, Melbourne as part of the disturbing Band in a Bubble parody of reality shows; Love and Paranoia (2007) in a bullet riddled studio in Rio de Janeiro under the looming rock arms of Corcovado with a gang of Brazilian sound engineers; Superhappyfuntimesfriends (2011) in Ben’s old Melbourne shopfront; and (2013)’s Dirty Pop Fantasy in a Hong Kong skyscraper apartment; along with the more recent meta-virus HEADROXX (2018) they fabricated across the internet.

In the past 24 plus years they have toured all over Australia, NZ, Japan, UK, Europe, USA, Asia and the Middle East along with numerous festival inclusions including the Big Day Out, Clokenflap, Reading, Fuji Rock, Groovin’ the Moo, The Falls, Meredith etc. Always drawn to the odd they collaborated with dance choreographer Gavin Webber on the live music/dance project ‘Rock Show’; performed a self-written live soundtrack to Japanese film AKIRA at the Sydney Opera House; reproduced the debut Velvet Underground album inconjunction with a Chinese collaborator… among other weird trips down the light fantastic.

Still touring and flooring it… more than ever they find themselves extending the vitality of their live performances, continuing to infuse them with exuberance, mania and their mashedup motion of rock, punk, electro, funk, pop, whereever it goes vibes.

Along came album #9 to drive you to the meta-brink – the augmentally named HEADROXX. Sliced, spiced and reintegrated in their domestic chop shops – Quan & Ben continue to record and mix their special take of audio mayhem to rebirth albums that reflect their engagement with the worlds around them. Fabricated on the deep dark metaworlds of the internet, augmented with certain time in reality recording together in Greg’s studio in Byron Bay.

FINAL TICKETS ON SALE NOW!!
Get Your Tickets Here

Check out the line-up:

The seminal Regurgitator will headline the inaugural Civic Sounds and will be bringing their boundary pushing blend of everything from techno-surf-rock-dub-hip hop and electro-pop to our laneway party!

When she’s not fronting the Grammy Award nominated Hiatus Kaiyote or featuring on a Drake track, Nai Palm is delivering a minimalist masterwork that was her solo debut Needle Paw. Always looking to expand her sound when played live, this is your chance to catch her perform under the stars!

One of Australia’s break out alternative bands of late, the Romy Vager led RVG have been wowing audiences across North America and the UK (including showcasing at SXSW) with their infectious, post-punk tinged hooks. Always an intense and captivating performance that is not to be missed!

Fun loving punk-ska-party band The Bennies are bringing their trademark sense of humour, wild stage antics and pure sing along anthems to Civic Sounds! Whether it’s 4:20PM or not this super hard working band brings the party.

Get Your Tickets Here 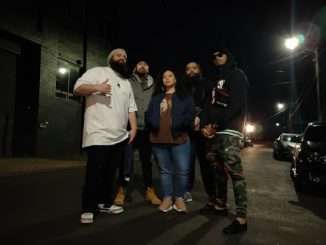